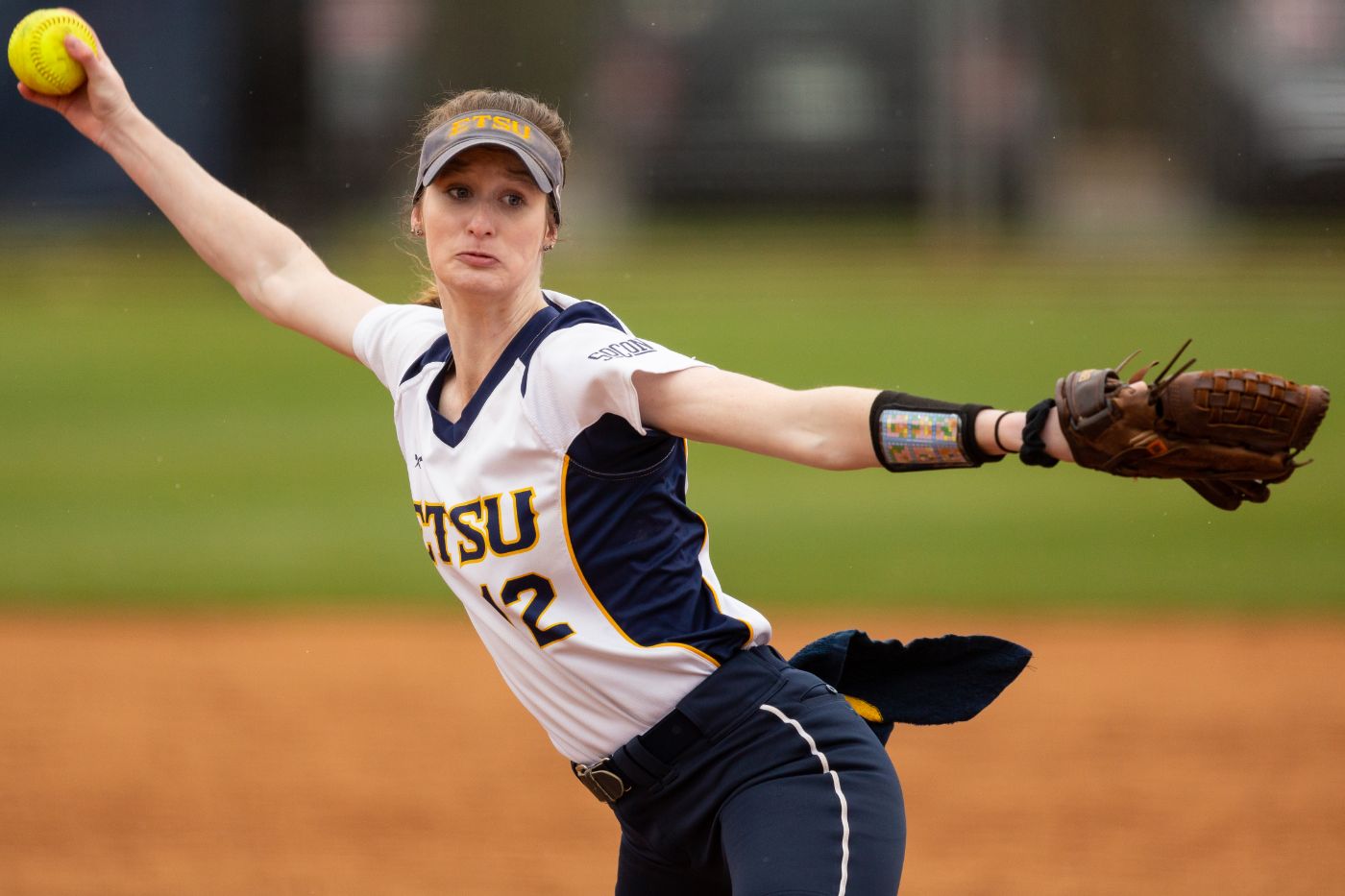 CULLOWHEE, N.C. (March 24, 2019) – For just the third time since rejoining the Southern Conference in 2015, the ETSU Buccaneers have completed a SoCon series sweep. The Bucs outdueled Western Carolina on Sunday in Cullowhee, N.C., picking up the 2-1 victory to improve to 3-0 in league play and 16-11-2 overall.

The Catamounts jumped on the scoreboard in the home half of the first inning with an RBI double to the left center gap. Malloree Schurr (Montgomery, Texas) made a great diving effort on the play with the ball just hitting off the tip of her glove.

Schurr got the last laugh in the very next inning, sending the first pitch sailing over the fence in left center. Schurr’s solo blast in the second inning was her third homer of the season and first since Feb. 22 at Gardner-Webb.

Both offenses stalled until the fifth inning when the Bucs plated the go-ahead run on two hits. Taylor Wright (Erwin, Tenn.) started the inning off with a single to left center and advanced to second on the throwing miscue. Anissa Avila (Black Mountain, N.C.) came in to pinch run for Wright, scoring three batters later. Avila crossed the plate off Kasidy Dunn’s (Friendsville, Tenn.) RBI double to right center, her fourth RBI base hit of the weekend.

Kelly Schmidt (Norcross, Ga.) earned the win after holding Western Carolina to just one run on three hits. Taylor Boling (Jasper, Ga.) secured the victory in the seventh inning, pitching two-thirds of an inning to capture her third save of the season.

Stat of the Game
Pitching was the story in the final game of the series, as both teams combined for just seven hits in the ball game and three runs. The Bucs held the Catamounts to just one run on three hits and stymied the Western Carolina offense with runners in scoring position, holding the Purple & Gold to 0-for-5 at the plate in such scenarios.

Player of the Game
Kelly Schmidt pitched a gem for ETSU, earning player of the game nods. Schmidt threw six and one-third innings, allowing just one run on three hits. The junior also struck out one batter and walked just two en route to her sixth win.

Notables
» Boling picked up her third save of the season, her first since earning the save against Charleston Southern on Feb. 15.
» Four different players tallied a base hit in the series finale, including Schurr and Dunn with RBI base hits to seal the win.
» Dunn capped off a dominating weekend in which the freshman finished 4-of-6 with five RBIs and one long ball. Each of her four base hits resulted in a Buccaneer crossing the plate.
» The series sweep is just the third SoCon sweep since rejoining the league in 2015. This is also just the second three-game SoCon sweep as the Bucs swept Western Carolina last season in a two-game series.
» Following the victory, the Bucs are now 22-10 all-time against the Catamounts after winning their seventh consecutive showdown against Western Carolina.

Up Next
The Bucs will return home for a brief midweek showdown with Appalachian State on Wednesday, March 27 at Betty Basler Field. First pitch is slated to begin at 5 p.m.