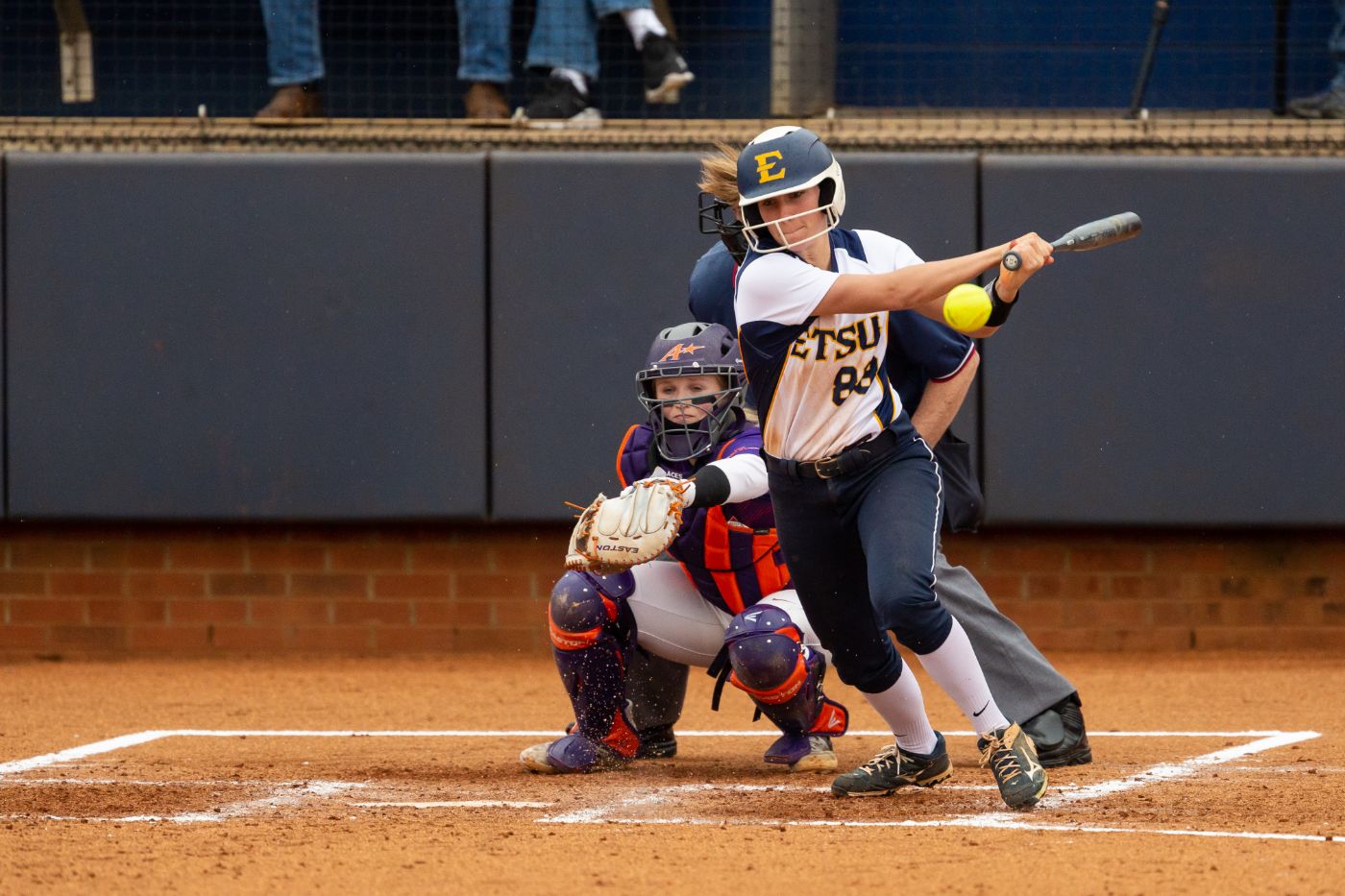 JOHNSON CITY, Tenn. (March 27, 2019) – The ETSU Bucs softball team dropped a second contest to Appalachian State in a matter of seven days, this time falling at home to the Mountaineers by the final score of 5-0 on Wednesday evening. The contest was played at Betty Basler Field in Johnson City, Tenn. The Bucs dropped a 7-1 decision at Appalachian State on March 20 in Boone, N.C.

The Mountaineers struck quickly in the first and second inning, combining for two runs on one hit and one ETSU error for the early 2-0 advantage through two innings of play.

Appalachian State added one run in the fifth and two in the sixth inning off four hits to stretch its lead to 5-0.

The Bucs left four runners on base in the final two innings, despite tallying three hits. ETSU’s best chance at ruining the shutout came in the seventh when Nikki Grupp (Jacksonville, Fla.) singled with runners on first and second and two away. However, Vanessa Elliott (Johnson City, Tenn.) was tagged out in a rundown between third and home to conclude the game.

Stat of the Game
Despite not scoring any runs, the Bucs outhit the Mountaineers 8-7. However, both teams struggled with runners in scoring position, combining to finish 2-of-16 and stranding 14 runners on base.

Notables
» Kelly Schmidt (Norcross, Ga.) started the game in the circle, picking up her sixth loss after throwing five innings and allowing four runs, three of which were earned.
» Grupp and Kelsey Brown (Advance, N.C.) led the charge for ETSU, tallying two hits apiece to make up for 50 percent of the ETSU offense.
» Brown has now reached base safely in 10 consecutive games, tying Taylor Wright (Erwin, Tenn.) for the second-longest reached base streak of the season.
» After not registering a hit in her first eight collegiate at bats, Kasidy Dunn (Friendsville, Tenn.) is now riding a four-game hitting streak after a 1-for-3 performance at the plate today.
» ETSU falls to 23-14 all-time against Appalachian State, now having lost six of the last seven showdowns against the Mountaineers.

Up Next
ETSU will take a break this weekend and not return to the diamond until Wednesday, April 3 when the Bucs travel to Radford, Va. to take on the Radford Highlanders in a midweek doubleheader. First pitch of game one is slated to begin at 3 p.m.