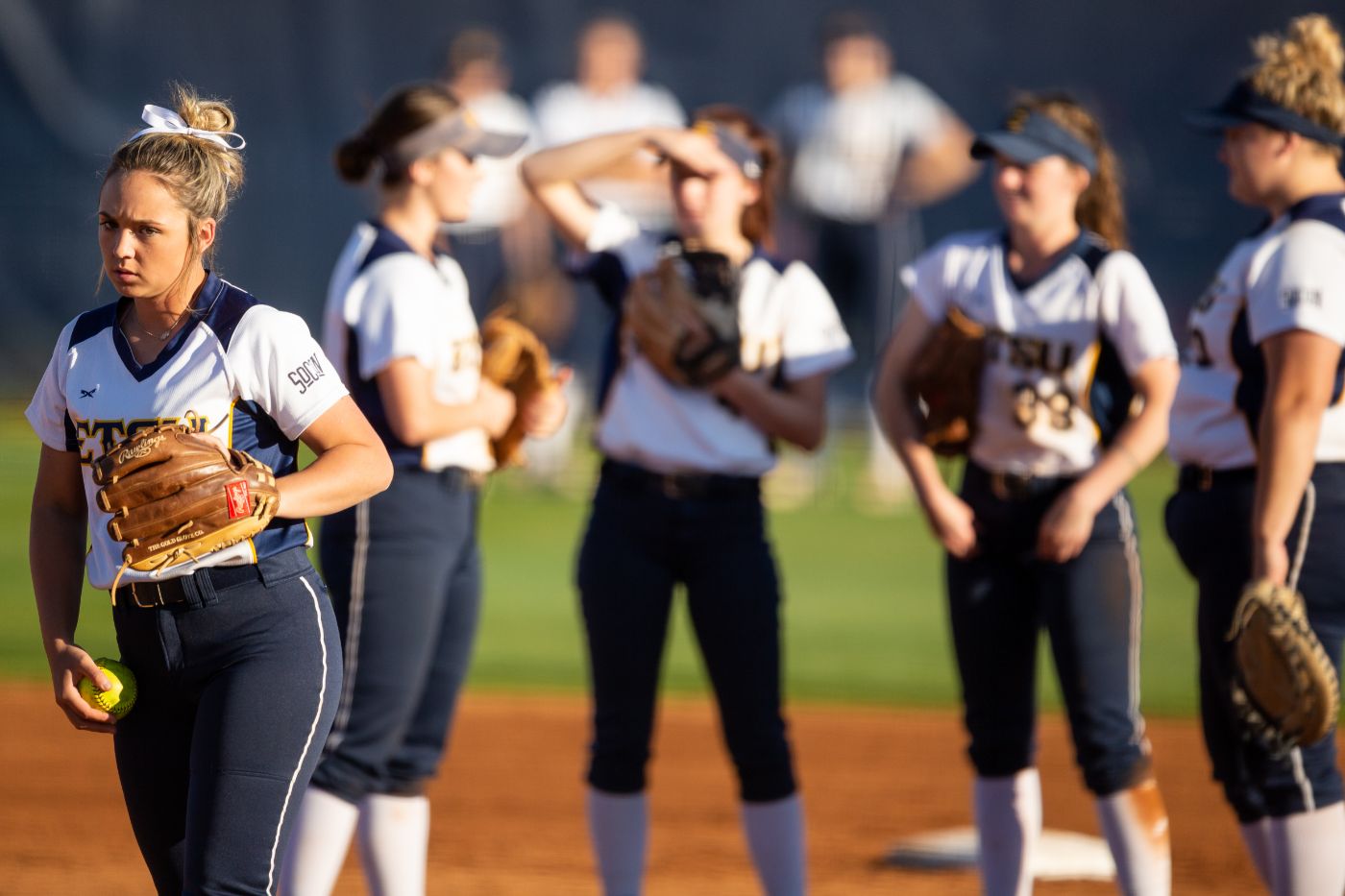 The Bucs square off with Highlanders in Wednesday doubleheader

RADFORD, Va. (April 2, 2019) – The ETSU Buccaneers Softball team will turn the focus on another midweek, non-conference opponent as the Bucs travel to Radford, Va. for a doubleheader against Radford on Wednesday, April 3. The first pitch of game one is slated to begin at 3 p.m. at the Radford Softball Stadium.

Everything About ETSU
ETSU enters the midweek doubleheader with a 16-12-2 overall mark, having most recently suffered a 5-0 defeat at the hands of Appalachian State on Wednesday, March 27 in Johnson City, Tenn. The Bucs are 7-6-1 on the road this season, having won three consecutive road games heading into tomorrow’s contests. ETSU is led in batting by Nikki Grupp (Jacksonville, Fla.) with a .358 batting average to go along with eight home runs and 33 runs batted in. Malloree Schurr (Montgomery, Texas) is second on the team in RBIs with 27, batting .287 with three homers, four triples and six doubles. Kelsey Brown (Advance, N.C.) and Kelly Warren (Mechanicsville, Va.) are both batting over .300 to join Grupp. As a team, ETSU is batting .284 with 19 long balls and 151 runs batted in. The Bucs are averaging just under eight hits and six runs per contest.

Kelly Schmidt (Norcross, Ga.) and Taylor Boling (Jasper, Ga.) have been leading the squad in the circle, combining for 13 wins. Boling leads the team with seven wins and is second in ERA with a 3.84 average in 73 innings pitched. Schmidt has accounted for six wins but leads the squad with the lowest ERA of 3.54 in 21 appearances and 93 innings pitched.

How ‘bout the Highlanders
Radford enters the contest with a 15-19 record, having won three consecutive games to edge closer to the .500 mark. The Highlanders are 5-2 in games played at the Radford Softball Stadium. The Highlanders are led in batting by Sydney Fisher, ranking second in the Big South conference with a .407 batting average. Destiny Freeman is the power bat for Radford, leading the team with seven homers and 24 RBIs, ranking fourth in the league in long balls. The Highlanders don’t have a pitcher with a winning record, however the low ERAs are what keeps Radford in ball games. Jessie Marvin is 7-8 in the circle with a team-low 2.78 ERA in 100.2 innings pitched. Kayla Huffman is the other go-to pitcher for the Highlanders, holding a 7-9 record with a 3.01 ERA and a team-high 56 punch outs.

Series History
The Bucs have not favored well against Radford, holding a 9-19 record in the all-time series. However, ETSU swept the Highlanders in a doubleheader in 2017, before being swept in last season’s doubleheader. The Bucs are 3-6 all-time when playing in Radford, Va.