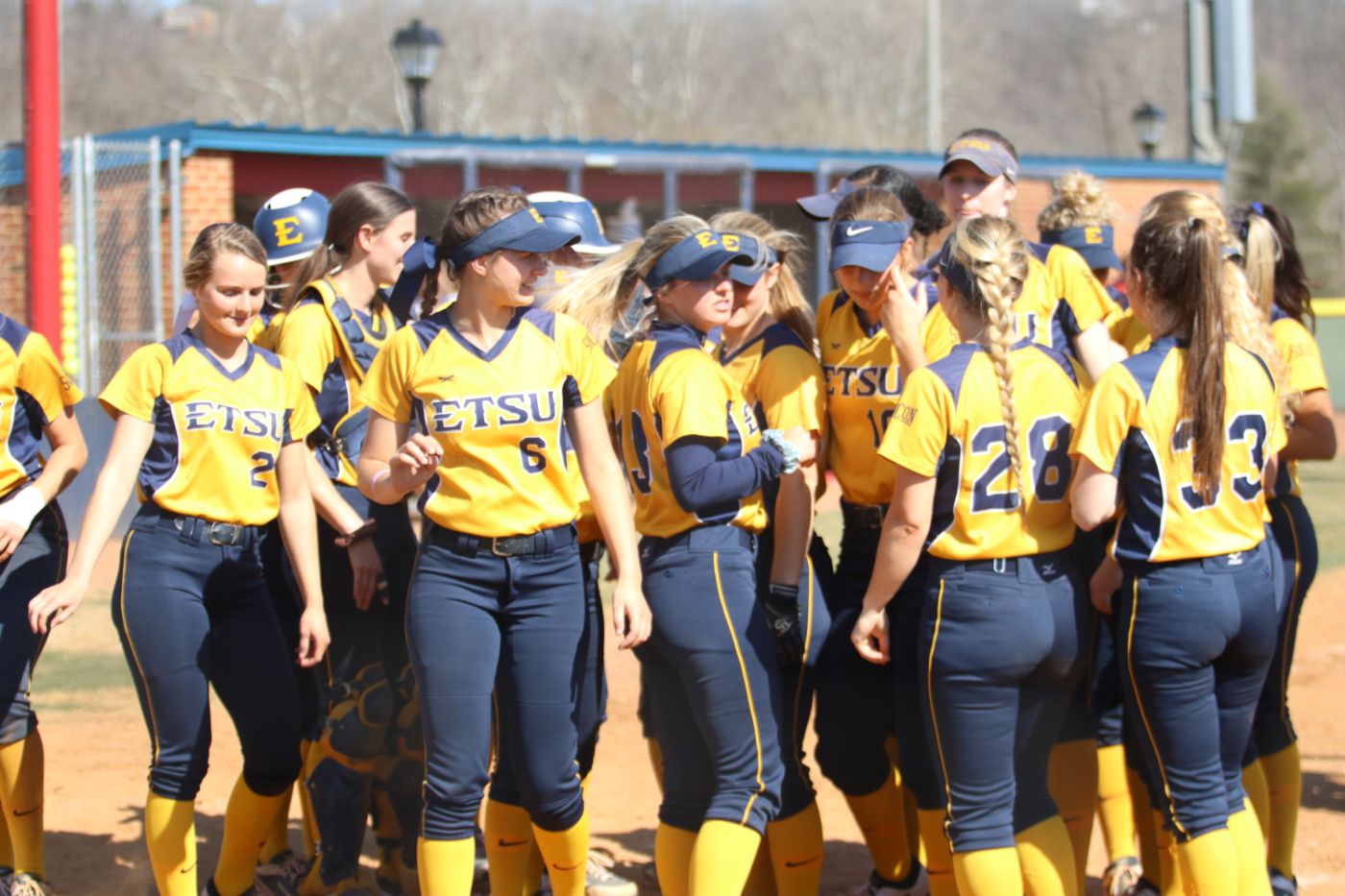 RADFORD, Va. (April 3, 2019) – The ETSU Buccaneers played their final midweek doubleheader of the season, splitting a pair of one-run contests with the Radford Highlanders on Wednesday, April 3 in Radford, Va. With the split, ETSU improved to 17-13-2 on the campaign and 14-13-2 in non-conference action.

Game 1: ETSU 4, Radford 3
The Bucs jumped on the board in the opening inning, scoring three runs on four hits and two Radford errors. The first ETSU tally came off Kelsey Brown’s (Advance, N.C.) sacrifice bunt, bringing home Kelly Warren (Mechanicsville, Va.) from third. Later in the inning, Taylor Wright (Erwin, Tenn.) and Lauren Lee (Cleveland, Tenn.) registered RBI at-bats with Wright’s being an RBI single to straight away center, extending the lead to 3-0 in favor of the Blue & Gold.

The Highlanders cracked the scoreboard in the bottom of the third inning after lifting a sacrifice fly to left field. Kelly Schmidt (Norcross, Ga.) maintained her composure, pitching out of the jam to maintain the two-run cushion.

The Bucs extended their lead back to three in the top of the fifth inning as Brown blasted her third long ball of the season to kick off the visiting half of the frame.

Radford would not go away, kicking off the home half of the seventh inning with a double followed by a two-run blast to pull within one of the Bucs. Taylor Boling (Jasper, Ga.) entered the game in the final inning, slamming the door shut on the Highlanders and their comeback. Boling allowed just one hit and struck out one batter en route to her fourth save of the season.

Stat of the Game
The Bucs scored four runs on the evening with just one being earned as the Highlanders struggled defensively with three errors in the contest. All four of ETSU’s runs were credited with RBI base hits.

Player of the Game
Kelly Schmidt wheeled and dealed for the Bucs in game one, earning her seventh win of the season after throwing six innings of work and allowing just three earned runs. Schmidt allowed six hits and punched out six batters over the duration of the game.

Notables
» Schmidt improved to 7-6 on the season, while Boling locked in her fourth save of the campaign.
» Seven different players tallied a base hit in the first game, with Brown leading the way with a home run and two RBIs.
» Brown reached base safely for the 11th consecutive game, marking the second-longest streak of the season behind Grupp’s 12-game streak.
» The Bucs picked up their 10th win over Radford in program history after the one-run triumph in game one.

Game 2: Radford 3, ETSU 2
Game one had a different start to it as the Highlanders were the first to score in the home half of the opening inning with an RBI double to right field.

ETSU evened the contest at one apiece in the top of the fourth inning as Malloree Schurr (Montgomery, Texas) roped an RBI single to left field, plating Kasidy Dunn (Friendsville, Tenn.). Two batters later, Lee put the Bucs on top with an RBI single of her own, a shot down the left field line to bring home Grupp.

The Bucs maintained the lead until the bottom of the sixth inning when Radford led the frame off with a single and then a two-run blast to reclaim the 3-2 advantage. For the second consecutive game, Boling entered in relief and halted any further damage.

ETSU was unable to plate the game-tying run in the top of the seventh, going 1-2-3 to conclude the game and split the Wednesday doubleheader.

Stat of the Game
Despite only tallying four hits in the ball game, ETSU put together some timely hitting to give itself a chance to win. The Bucs finished 2-for-4 with runners in scoring position and stranded only three runners on the base paths.

Notables
» MacKenzie Dyson (Hanahan, S.C.) garnered the start for ETSU in game two, picking up her third loss of the season despite a strong outing of five innings and just three earned runs.
» Dyson garnered her first start since March 6 against USC Upstate, recording her longest outing of the season with five innings.
» Kasidy Dunn has now reached base safely in six consecutive games, boasting the longest active streak on the team.
» The Bucs fall to 10-20 all-time against Radford following the midweek split.

Up Next
The Bucs will turn their focus back to Southern Conference action as ETSU hosts Mercer in a three-game series beginning with a doubleheader on Saturday, April 6. First pitch of the series will commence at 1 p.m. at Betty Basler Field.