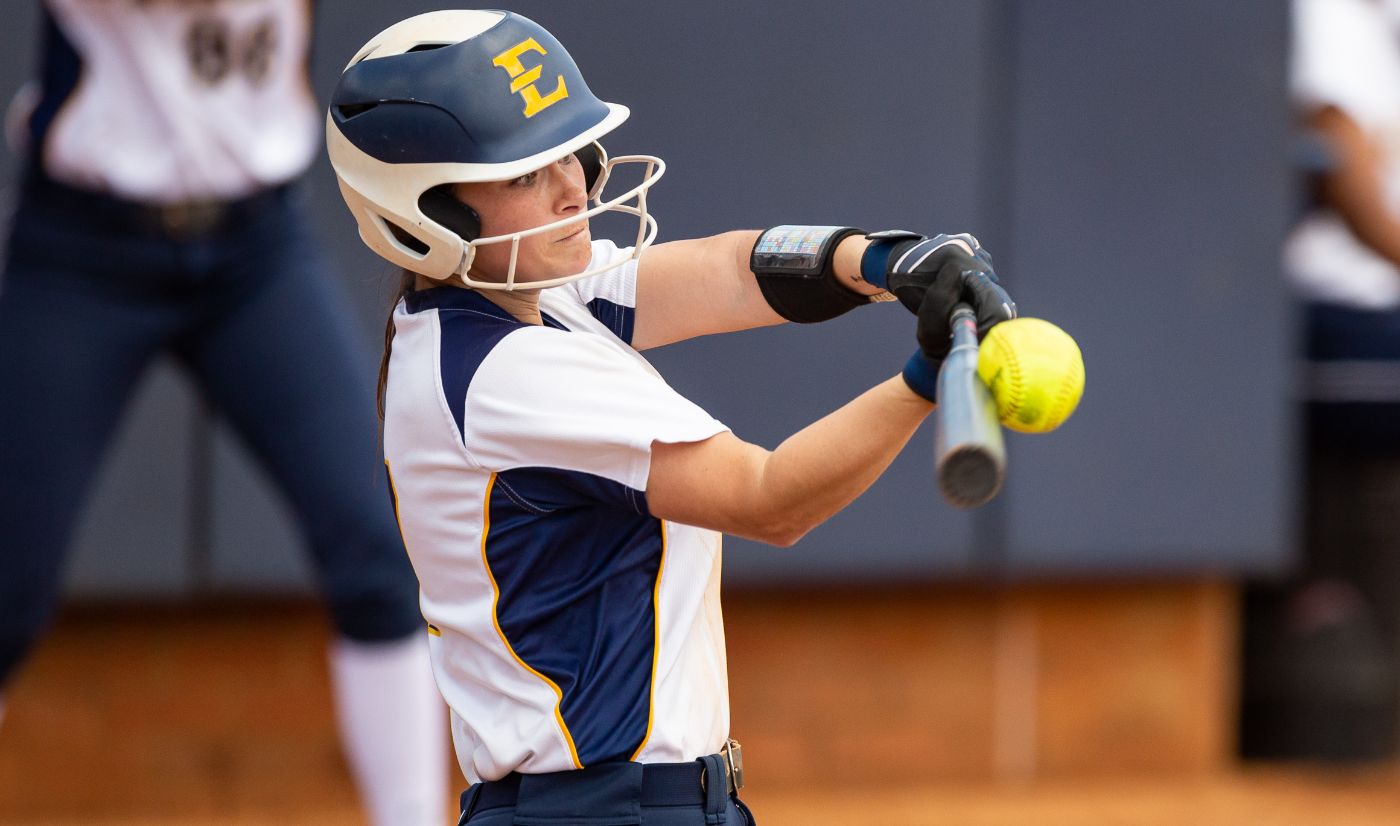 ETSU falls to 3-2 in league play after doubleheader loss

JOHNSON CITY, Tenn. (April 6, 2019) – The ETSU Buccaneers Softball team dropped its first conference home games of the season, falling in a Saturday doubleheader to Mercer on April 6 at Betty Basler Field. The Southern Conference doubleheader was the conference home opener for the Bucs, falling to 3-2 in league play following the pair of defeats.

Game 1: Mercer 5, ETSU 4
ETSU wasted no time in igniting the crowd in its SoCon home opener as Nikki Grupp (Jacksonville, Fla.) unloaded on a three-run blast to put the Bucs on the board early. Grupp’s home run marked her 9th long ball and 36th RBI of the season.

Mercer did not go away, scoring five unanswered runs including four runs in the fourth on two hits and one error. The fourth-inning explosion put the Bears on top, 5-3.

ETSU made things interesting in the home half of the seventh inning following Taylor Wright’s (Erwin, Tenn.) first home run of the season. Wright ripped a no-doubter over the left field wall with one out and nobody on, cutting the Bucs’ deficit to 5-4. The Bucs still threatened later in the inning with two on and two outs with a pinch hitter at the plate. However, Tiffany Laughren (Erwin, Tenn.) was sat down on three pitches to conclude the Bucs’ threat.

Stat of the Game
ETSU tallied four hits in the contest, including three base knocks in the final inning. After a three-run homer in the first inning, the Bucs were held hitless until the seventh inning of play.

Notables
» Kelly Schmidt (Norcross, Ga.) picked up her seventh loss of the season, throwing a complete game and yielding five runs, four of which were earned.
» Four different players recorded a base knock in the first game, including homers by Grupp and Wright.
» With the loss, ETSU falls to 17-14-2, including 3-1 in SoCon play and falls to 13-22 all-time against Mercer.

Game 2: Mercer 3, ETSU 1
For the second time on Saturday, the Bucs struck first. This time it was in the second inning after Kylie Toler (Bradenton, Fla.) singled to second and Kelly Warren (Mechanicsville, Va.) came around from second to score following the Mercer error.

ETSU stymied the Mercer offense until the top of the sixth inning when Kenlie Harvey led off the inning with a solo shot to tie the game at one apiece. The Bears took the lead later in the inning with their second homer of the frame, this time a two-run shot from Megan Lane to put Mercer on top 3-1.

The Bucs put the Bears on their heels in the home half of the seventh inning for the second consecutive game. This time ETSU had runners on second and third with two away and the go-ahead run at the plate in Kelsey Brown (Advance, N.C.). Brown battled in the final at bat, including belting two long balls that cleared the fence in foul territory until lifting a harmless fly ball to center field to conclude the threat.

Stat of the Game
ETSU outhit the Bears in the final game on Saturday, 7-4. The Bucs tallied at least one base hit in five of the seven innings, including a pair of hits in the third and seventh.

Notables
» Taylor Boling (Jasper, Ga.) received the nod in game two, falling to 7-5 after allowing three runs in seven innings despite striking out three batters and holding the Bears to just four hits.
» Toler finished 2-for-2 at the dish, her first multi-hit game since Feb. 22 against St. Francis.
» Vanessa Elliott (Johnson City, Tenn.) recorded her second multi-hit game of the season with two base knocks in game two.
» With the loss, ETSU falls to 17-15-2 and 13-23 all-time against the Bears.

Up Next
ETSU will return to action on Sunday, April 7 at 1 p.m. at Betty Basler Field in the final game of the three-game series against the Mercer Bears.