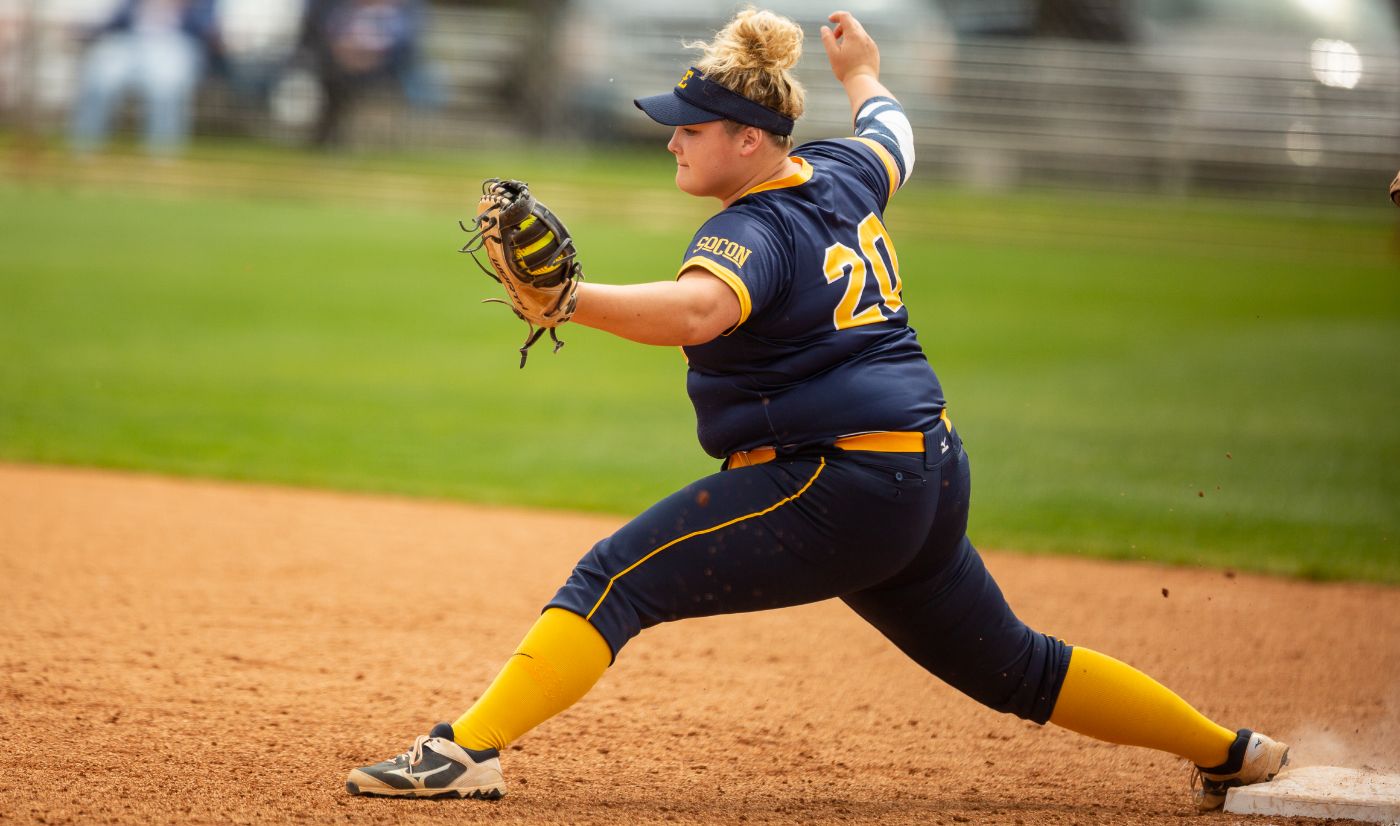 JOHNSON CITY, Tenn. (April 7, 2019) – The ETSU Buccaneers Softball team dropped its fourth consecutive game including its third consecutive Southern Conference contest, falling to Mercer by the final score of 5-2 on Sunday afternoon at Betty Basler Field. With the loss, the Bucs fall to 17-16-2 and 3-3 in league play.

For the fourth time in five games this week, ETSU jumped on the scoreboard first, including the third time in five games that the Bucs scored in the opening inning. Taylor Wright (Erwin, Tenn.) plated the run for the Bucs in the home half of the first inning with an RBI single, bringing home Lauren Lee (Cleveland, Tenn.) from second.

The lead was short lived as the Bears evened the game in the top of the second inning with a leadoff home run from Megan Lane. Mercer then claimed the lead in the top of the third inning, scoring two runs on two hits for the 3-1 lead.

ETSU inched closer to the Bears in the home half of the sixth inning, putting runners on second and third with just one away. Wright lifted another RBI single to right field to bring Lee home from third, cutting the deficit in half with just one away. However, ETSU was unable to plate the game-tying run from third, grounding out and flying out to conclude the scoring threat.

Mercer capped off the win with a pair of insurance runs in the top of the seventh inning off of Lane’s double to right center, stretching the Bears’ lead to 5-2.

Stat of the Game
The Bucs put the ball in play all afternoon, striking out just one time in 26 plate appearances. However, ETSU was unable to draw any walks in the final game of the series, while Mercer was gifted with eight walks on the day.

Notables
» Taylor Boling (Jasper, Ga.) started the game in the circle, throwing three innings and allowing three runs on four hits.
» Boling was relieved by MacKenzie Dyson (Hanahan, S.C.), throwing four innings and allowing two runs and five walks in her 13th appearance on the season.
» Wright and Kelsey Brown (Advance, N.C.) tallied two hits apiece, combining for four of ETSU’s five base knocks.
» With the loss, ETSU falls to 17-16-2, including 3-3 in SoCon play and falls to 13-24 all-time against Mercer.

Up Next
The Bucs will return to the field on Saturday, April 13 when they travel to Birmingham, Ala., squaring off with Samford in a doubleheader beginning at 2 p.m. ET. The series finale will be on Sunday, April 14 at 2 p.m. ET.