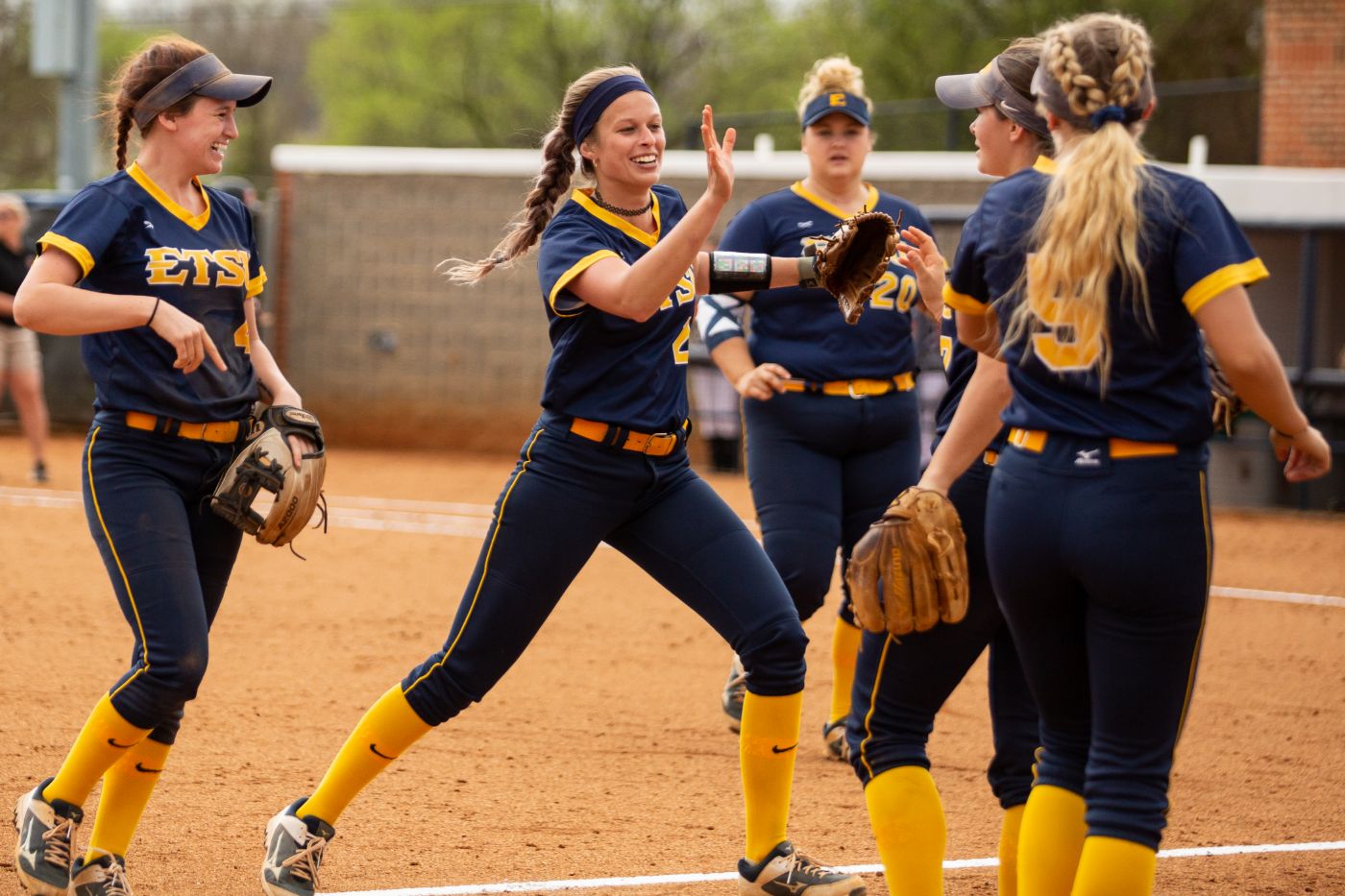 BIRMINGHAM, Ala. (April 11, 2019) – The ETSU Buccaneers Softball team will look to improve on its Southern Conference road record as the Bucs travel south to Birmingham, Ala. for a three-game series against Samford. The SoCon series was originally slated to begin on Saturday but has since then been moved up a day due to inclement weather. The series will commence with a doubleheader on Friday, April 12 beginning at 5 p.m. ET and conclude on Saturday, April 12 with a single game starting at 1 p.m. ET.

Battling the Bucs
The Bucs will aim to put the events of this past week behind them as ETSU was swept in its first home conference series of the season. The Bucs are currently 17-16-2 on the season and 3-3 in league play as they head to Birmingham. ETSU is led by Nikki Grupp (Jacksonville, Fla.) batting .339 on the season and leading the league in RBIs with 36. Grupp has also blasted nine home runs, ranking second in the conference. Grupp is looking to become the first player since Danielle Knoetze and Taylor Carter to eclipse double-digit homers, doing so in 2017. Taylor Wright (Erwin, Tenn.) has stepped up in a big way in conference play, batting .412 in SoCon games with one homer and five RBIs.

Kelly Schmidt (Norcross, Ga.) and Taylor Boling (Jasper, Ga.) have carried a lot of the load for the Bucs in the circle, combining for 14 wins and 191 innings pitched. Boling leads the league in saves with four and holds a 3.79 ERA, while Schmidt is 7-7 with a 3.57 ERA. MacKenzie Dyson (Hanahan, S.C.) is coming off a week where she appeared twice and threw a total of nine innings with five earned runs, lowering her season ERA down nearly 1.00.

Leashing the Bulldogs
Samford is 17-25 heading into the weekend series, including 6-3 in SoCon action. The Bulldogs are an even 8-8 when playing at home and have notched two consecutive victories against Western Carolina in its most recent series. The Bulldogs are batting just .244 as a team, however they rank second in the league in long balls and have the ability to score, averaging nearly four runs per game. Madison Couch and Whitney Hinton are the main source of Samford’s power, combining for 14 homers and 51 RBIs. Couch is batting .333 on the season with 40 hits, 12 of which are extra-base knocks. Taylor DeCelles and McKenna Gillespie are the go-to starters in the circle, with DeCelles posting a stronger ERA of the two with a 4.64 mark and a 5-9 record. Five different pitchers have recorded time, including three hurlers with double-digit starts. The Bulldogs rank 6th in the SoCon in team ERA (5.17) and allow the most hits in the conference with 340.

Series History
ETSU is 4-9 all-time when facing the Bulldogs, dropping the first five meetings in program history. The Bucs have taken three of the last four games against Samford, with the most recent outing going in favor of the Bulldogs with a 2-1 win on March 25, 2018, snapping a three-game winning streak from ETSU. The Bucs are 1-5 all-time against Samford when playing in Birmingham, Ala.