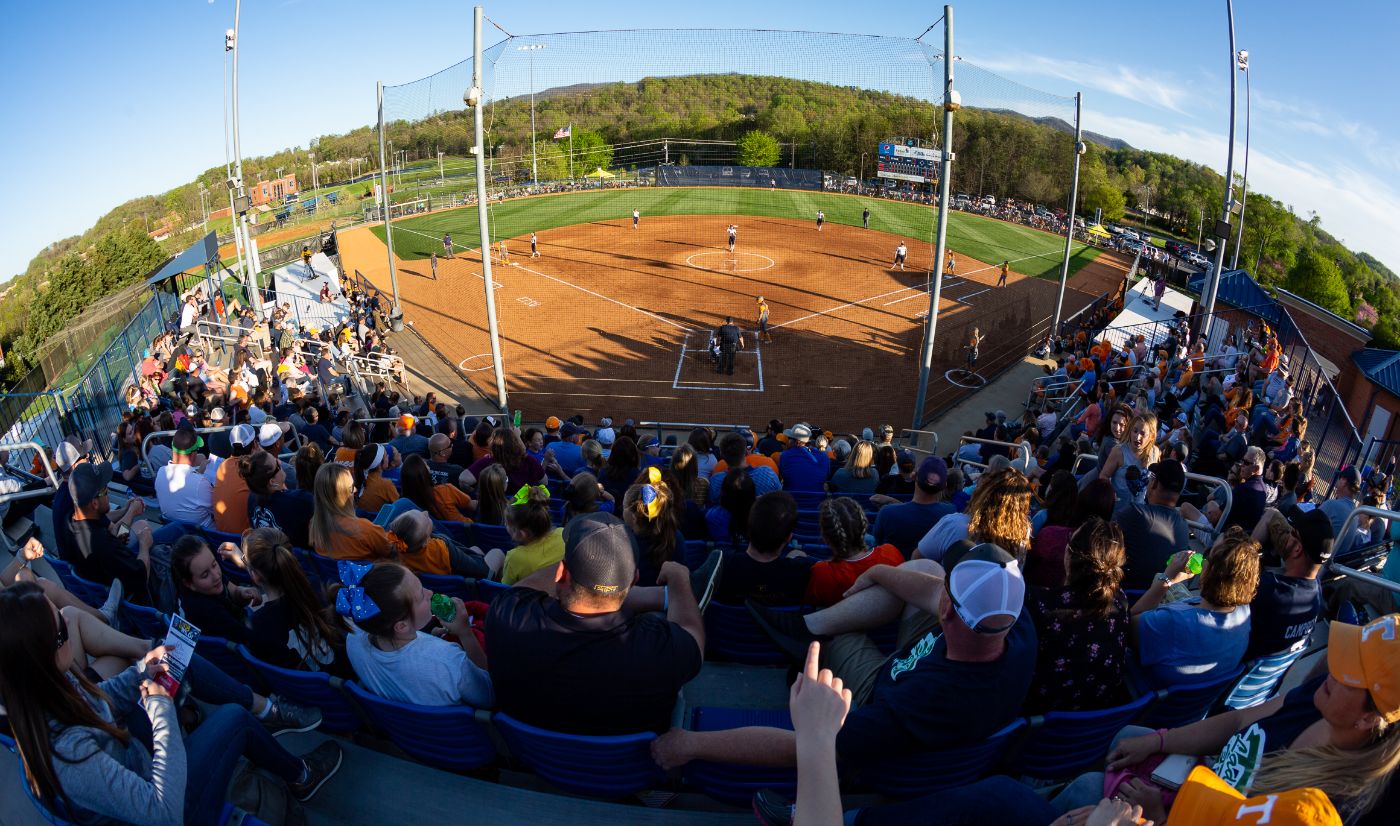 JOHNSON CITY, Tenn. (April 16, 2019) – The ETSU Bucs Softball team ran into the No. 8 team in the NCAA in the Tennessee Lady Vols on Tuesday night at Betty Basler Field, falling by the final score of 11-0. With the loss, ETSU falls to 17-20-2 on the campaign having dropped its eighth consecutive game.

The Lady Vols jumped on board in the opening inning after drawing three consecutive walks to load the bases with nobody out. Tennessee scored on a fielder’s choice two batters later, taking the 1-0 advantage. Kelly Schmidt (Norcross, Ga.) limited the damage to just the one run, recording the final out to escape the jam.

The Bucs reached base in the second inning as Jordan Durbin (Mechanicsville, Va.) drew a two-out walk, taking the trot to first as the only baserunner of the evening for the Blue & Gold.

The Lady Vols scored 10 runs in the final three innings off three hits, including a pair of grand slams from Haley Bearden to cap off the 11-0 victory in five innings.

Stat of the Game
The Bucs allowed only three hits to the Lady Vols, despite surrendering 11 runs. Tennessee received a boost on two hits from Bearden, clearing the bases twice in back-to-back innings with a homer to left field.

Notables
» Betty Basler Field experienced the largest crowd in program history with 822 occupants, shattering the previous record of 541 set against Tennessee in 2015.
» The Bucs threw three pitchers in the loss as Schmidt took her ninth loss on the season after allowing three runs in two innings.
» ETSU yielded 12 walks on the evening, marking the second time this season that the Bucs surrendered 10+ walks. The Bucs tossed a program-record 16 walks against Saint Francis on Feb. 22.
» ETSU was held hitless for the second time this season. The Bucs had a perfect game thrown against them on March 6 at USC Upstate.
» The Bucs fall to 0-19 all-time against Tennessee following tonight’s loss.

Up Next
The Bucs will set their focus back on Southern Conference action, hosting Furman on Thursday, April 18 in a doubleheader beginning at 5 p.m. The series finale will commence on Friday at noon. The series was originally scheduled for Friday and Saturday but has been moved up due to inclement weather in the forecast.