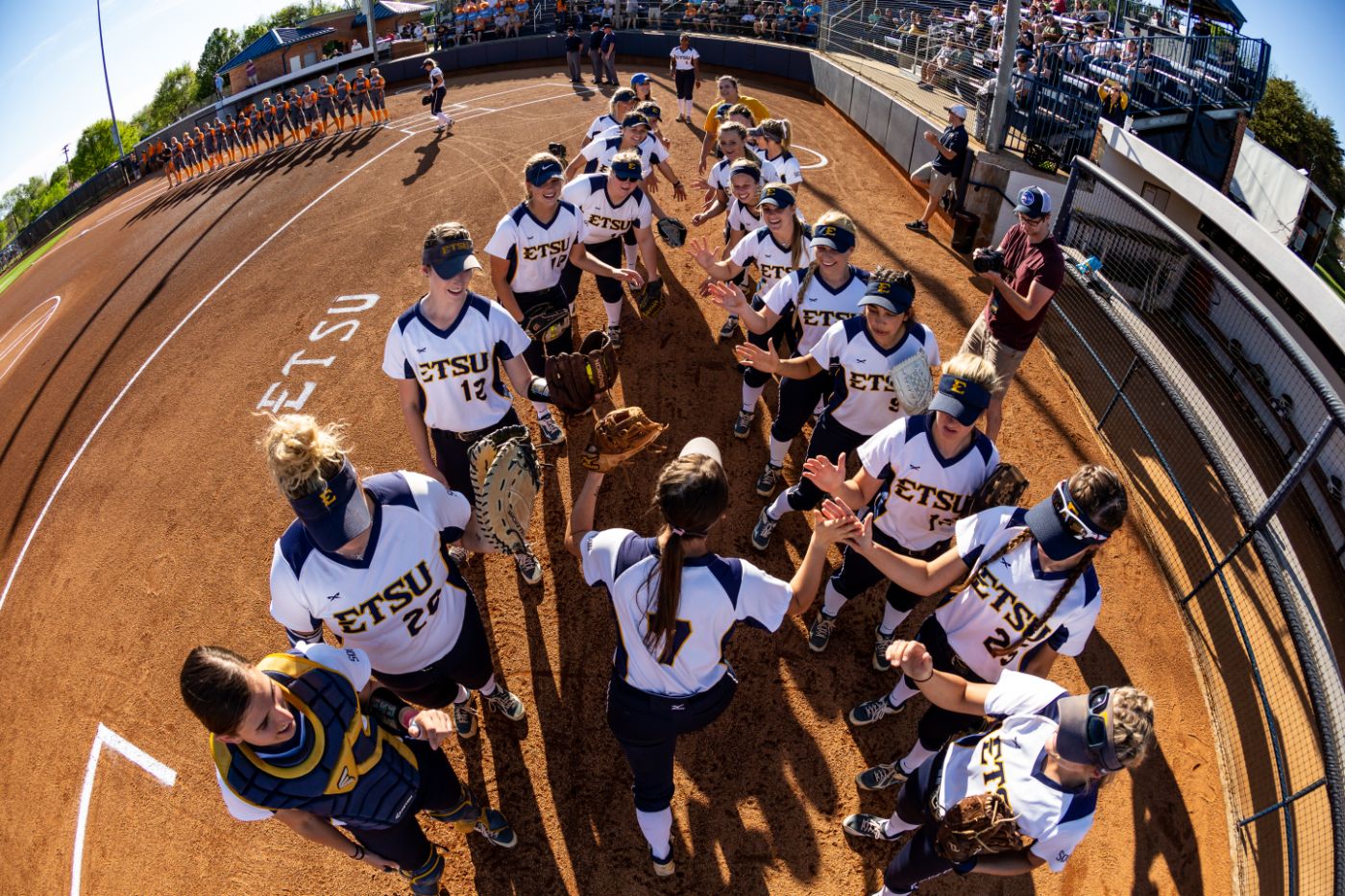 JOHNSON CITY, Tenn. (April 17, 2019) – The ETSU Softball team looks to snap it’s eight-game losing skid this week with a three-game series against Southern Conference foe, Furman. The Bucs will kick off the series against the Paladins on Thursday, April 18 with a doubleheader beginning at 5 p.m. at Betty Basler Field. The series will conclude with a single game on Friday, April 19 at noon.

Battling the Bucs
ETSU has had its share of tough battles over the last eight games, falling in eight consecutive contests. The Bucs have been outscored 52-16 in the last eight games, including most recently falling to No. 8 Tennessee on Tuesday evening by the final score of 11-0. Despite the skid, the Bucs have received boosts from Nikki Grupp (Jacksonville, Fla.), batting .333 on the season with 10 homers and 39 RBIs. Grupp has only struck out seven times in 117 at bats and still leads the SoCon in RBIs. Lauren Lee (Cleveland, Tenn.) has also proven tough to strike out, ranking 66th in the NCAA and third in the SoCon in average at bats without a strikeout with 19.7 at bats. Lee and Grupp have combined for only 13 strikeouts in 235 combined at bats. Kelsey Brown (Advance, N.C.) and Taylor Wright (Erwin, Tenn.) are both batting above .300 to join Grupp as the three Bucs hitting over the said mark.

Facing Furman
Furman is in a similar position as the Bucs, having only won 10 games on the year and dropping seven consecutive contests. The Paladins are 2-7 in league play, having picked up wins against Chattanooga and Samford. The Paladins are led by their power bat, Marissa Guimbarda, with a .342 batting average to go along with 13 homers and 34 runs batted in. Guimbarda’s 13 home runs leads the Southern Conference. Cammy Pereira is batting .336 with 40 hits to stay on pace with Guimbarda.

Series History
ETSU is 27-20 all-time against Furman, having won the two most recent showdowns in the 2018 SoCon Tournament in Greensboro, N.C. Neither team has won more than four consecutive games in the series, as the Bucs achieved the feat from Feb. 18, 2009 – April 19, 2011. The Bucs are 11-9 when playing Furman at Betty Basler Field.