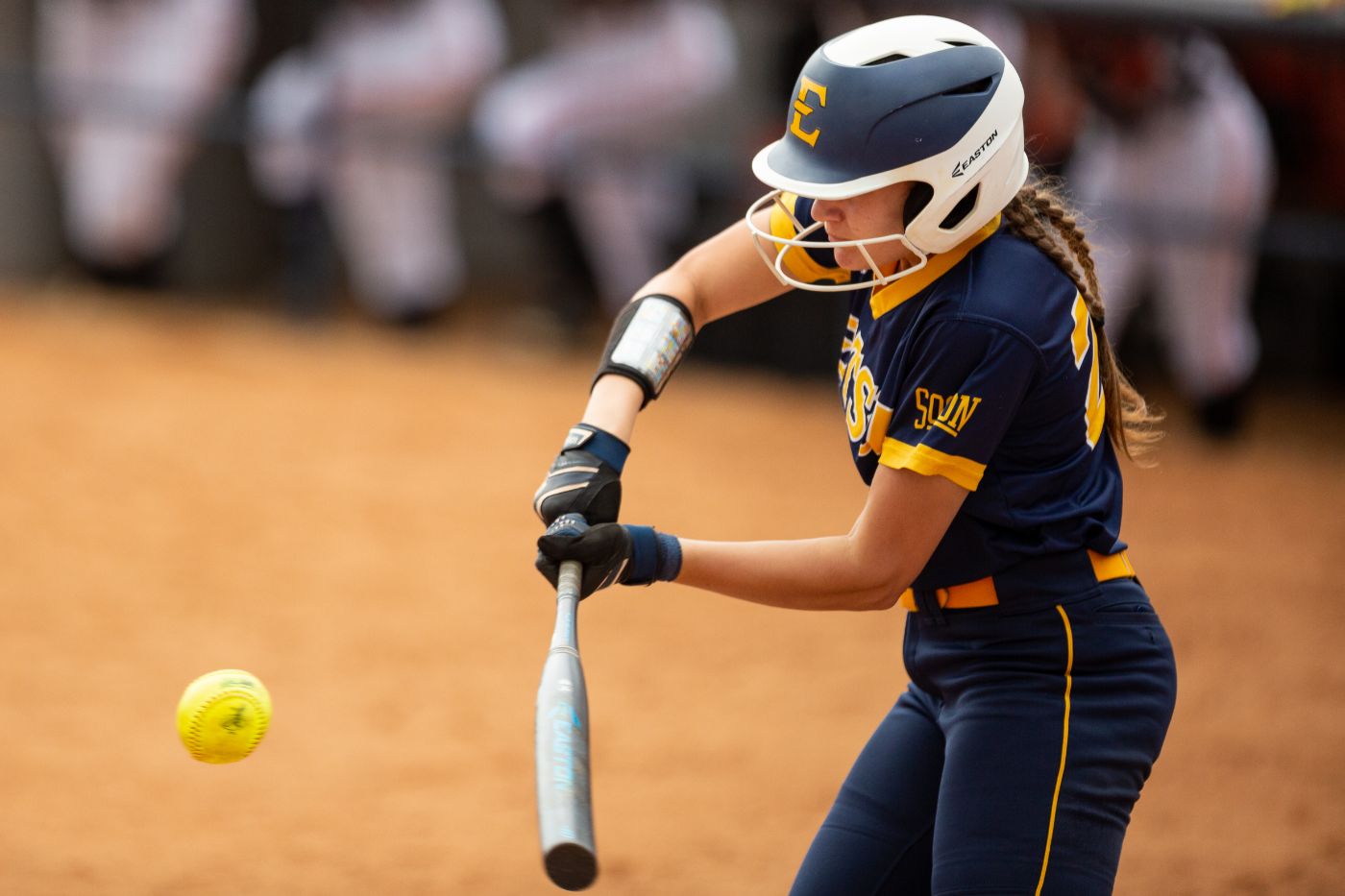 JOHNSON CITY, Tenn. (April 18, 2019) – The ETSU Softball team split a pair of Southern Conference games on Thursday afternoon, dropping the first game to Furman before rebounding back to its winning ways in game two. With the split, the Bucs improved to 18-21-2 on the campaign and 4-7 in league action.

Game 1: Furman 3, ETSU 1
Things started a little rough in the opening inning for the Bucs, falling behind by one run after Furman plated one run on two hits in the top half of the frame.

Both offenses were stymied by strong pitching through the first four frames, combining for just three hits as the Bucs still trailed 1-0 heading into the home half of the fifth. That all changed in the bottom of the inning as Kelly Warren (Mechanicsville, Va.) lifted a game-tying sacrifice fly to left field, bringing home Jordan Durbin (Mechanicsville, Va.) from third.

The Paladins reclaimed the lead in the top of the seventh inning, scoring two runs off two hits for the 3-1 lead. The runs crossed the plate after a two-out, two-run single through the left side of the infield.

The Bucs were unable to cut into the deficit, despite tallying two hits of their own in the bottom half of the inning.

Stat of the Game
Despite allowing three runs in the loss, the Bucs limited Furman’s bats for most of the contest, holding the Paladins to just 2-of-9 hitting with runners in scoring position.

Notables
» Julia Fritz (Glen Allen, Va.) led the Bucs in batting, finishing 2-of-3 at the dish for just her second multi-hit game of her career.
» Taylor Boling (Jasper, Ga.) picked up her eighth loss of her freshman campaign, throwing seven innings and yielding three earned runs while also striking out three batters.
» With the loss, ETSU falls to 27-21 all-time against ETSU and 11-10 at Betty Basler Field when facing the Paladins.

Game 2: ETSU 7, Furman 6 (8 Innings)
The Paladins scored quickly for the second consecutive game, this time with a leadoff triple down the line followed by a sacrifice fly for the early 1-0 lead.

The Bucs evened things up in the home half of the first inning with Kelsey Brown’s (Advance, N.C.) bases-loaded sacrifice fly, plating Fritz from third.

Furman reclaimed its lead two innings later after Tess Griswold unloaded on a three-run home run for the 4-1 advantage in favor of the visiting Paladins.

ETSU pulled within two runs in the fifth inning after Nikki Grupp’s (Jacksonville, Fla.) RBI base knock to right field, plating Lauren Lee (Cleveland, Tenn.). Two innings later, things would get interesting for the Blue & Gold, still trailing by two runs. The home half of the seventh inning began with three consecutive singles with Warren’s single resulting in an RBI base knock to pull the Bucs within one run. After a sacrifice bunt by Fritz advanced the runners, Grupp lifted a sacrifice fly to right field to bring home Lee from third and even the contest at four apiece, thus igniting the ETSU dugout as the game headed into extra innings.

The Paladins silenced the crowd quickly in the top of the eighth inning, scoring the go-ahead run just three batters into the inning. Furman would finish the inning with a 6-4 lead, scoring two runs on two hits.

The Bucs proved resilient yet again, refusing to go away on their home turf. With runners on the corners and two away, ETSU cut the deficit in half as Lee reached base on a fielding error by the paladins, bringing home Kylie Toler (Bradenton, Fla.) from third.

The drama did not stop there as Warren hit a dribbler towards first on the next at bat, reaching base safely for her second hit of the ball game. After Warren raced to first, Demi Coleman (Maryville, Tenn.) appeared to be caught in a run down until the throw back to third sailed high and into the outfield, allowing Coleman to cross the plate for the game-tying run. Lee was right behind Coleman as the sophomore was waved on home, sliding into home plate for the game-winning tally in a wild walk off fashion, 7-6.

Stat of the Game
ETSU finished 5-for-10 at the plate with runners in scoring position in game two. The Bucs also scored five runs in the final two innings, including two marks in the seventh to force extra innings.

Player of the Game
Julia Fritz had a tremendous game for the Bucs, finishing 3-for-3 at the plate with one run scored a crucial sacrifice bunt. Fritz’s three base hits marked a career-high for hits in a single game. The sophomore infielder also threw two innings in the circle, allowing one run on one hit.

Up Next
ETSU will square off with Furman in the rubber match on Friday, April 19 at noon at Betty Basler Field. There is inclement weather in the forecast so stay tuned to Twitter and etsubucs.com for any changes to the schedule.