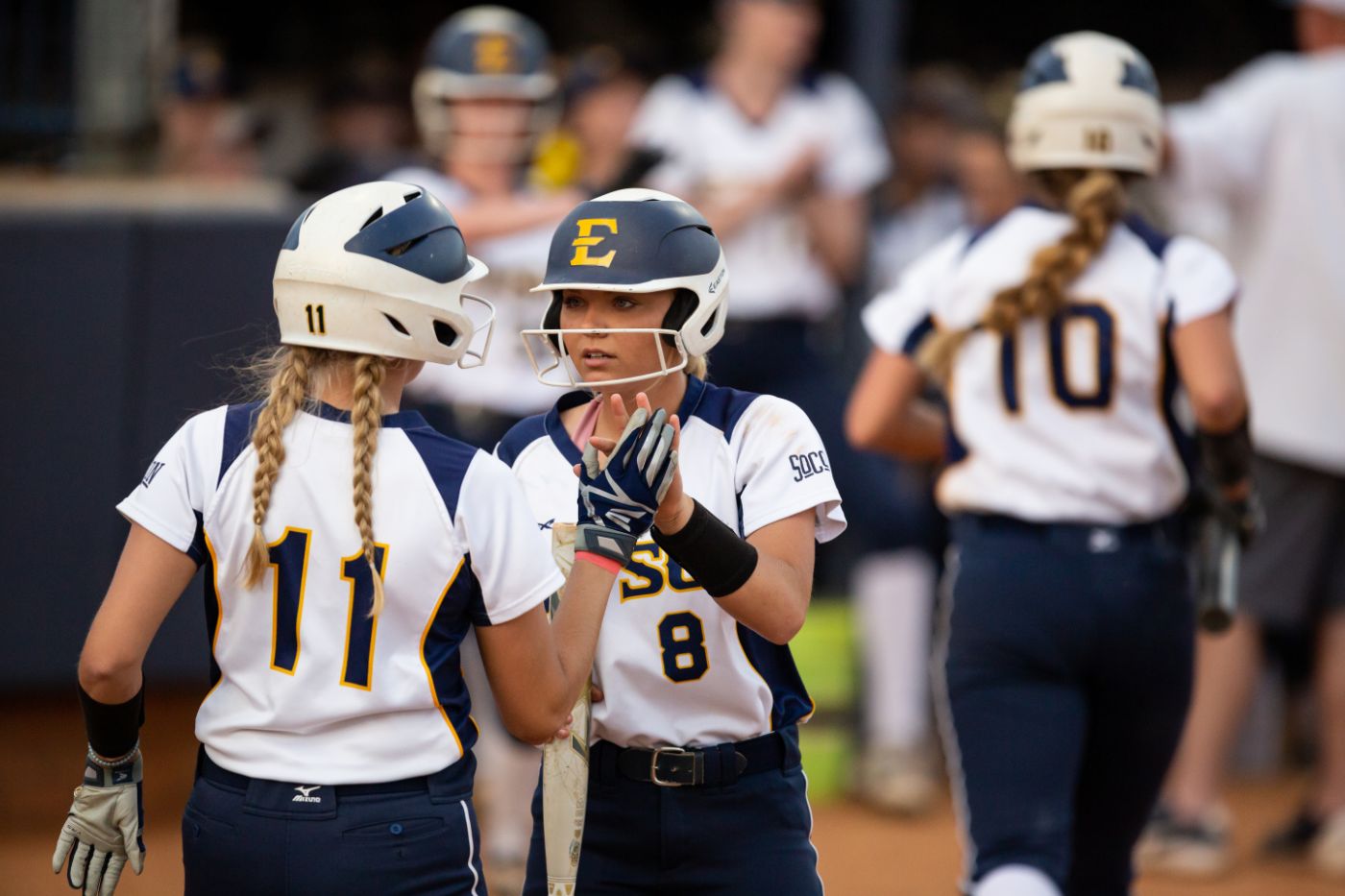 JOHNSON CITY, Tenn. (April 26, 2019) – The ETSU Buccaneers Softball team will close out its 2019 regular-season home schedule with a three-game stand against Chattanooga. The series will begin on Saturday, April 27 with a doubleheader beginning at 1 p.m. The final regular-season home game will take place on Sunday, April 28 at 1 p.m. as the Bucs will honor their four seniors in Senior Day prior to the first pitch.

Final Look at the Bucs
This weekend will mark the final weekend that ETSU will play in front of the home faithful at Betty Basler Field for the remainder of the 2019 season. ETSU is 3-8 at home this season, picking up wins over Siena, Evansville and Furman. The Bucs are led at the plate by junior third baseman Nikki Grupp (Jacksonville, Fla.), batting .333 on the season with 18 extra-base hits and a team-high 41 RBIs. Grupp’s 41 RBIs leads the Southern Conference, while her 10 homers rank fourth in the league. Taylor Wright (Erwin, Tenn.) and Kelly Warren (Mechanicsville, Va.) are second and third on the team in batting, hitting .284 and .283, respectfully.

In the circle, ETSU is led by Kelly Schmidt (Norcross, Ga.) and Taylor Boling (Jasper, Ga.) Schmidt and Boling each have posted seven wins, while Schmidt leads the team in ERA with a 3.94 mark on the season in 112 innings pitched.

Thank You Seniors
Prior to Sunday’s series finale, the ETSU Bucs will be honoring four very special seniors – Vanessa Elliott (Johnson City, Tenn.), Tiffany Laughren (Erwin, Tenn.), Malloree Schurr (Montgomery, Texas) and Taylor Wright. This season, the senior class has combined for 81 hits, including 23 extra-base knocks. The quartet of seniors have also accounted for 41 runs and 62 RBIs. The senior class has accounted for 101 wins and has been to two SoCon Championship games in the last two seasons, including claiming the crown in 2017.

Challenging Chattanooga
The Mocs are 29-12 on the season, including 7-5 in league play after having won four consecutive games heading into the weekend. Chattanooga sat near the top of the league standings before being swept by UNCG early in the conference season. The Mocs are coming off a sweep of their own, besting Western Carolina this past weekend in Chattanooga, Tenn. Aly Walker leads both Chattanooga and the SoCon in batting average, hitting .377 on the season with nine doubles, three homers and 23 runs batted in. Emma Sturdivant leads the team in RBIs (33), while Amanda Beltran and Halie Williamson pace the squad in long balls with nine and six.