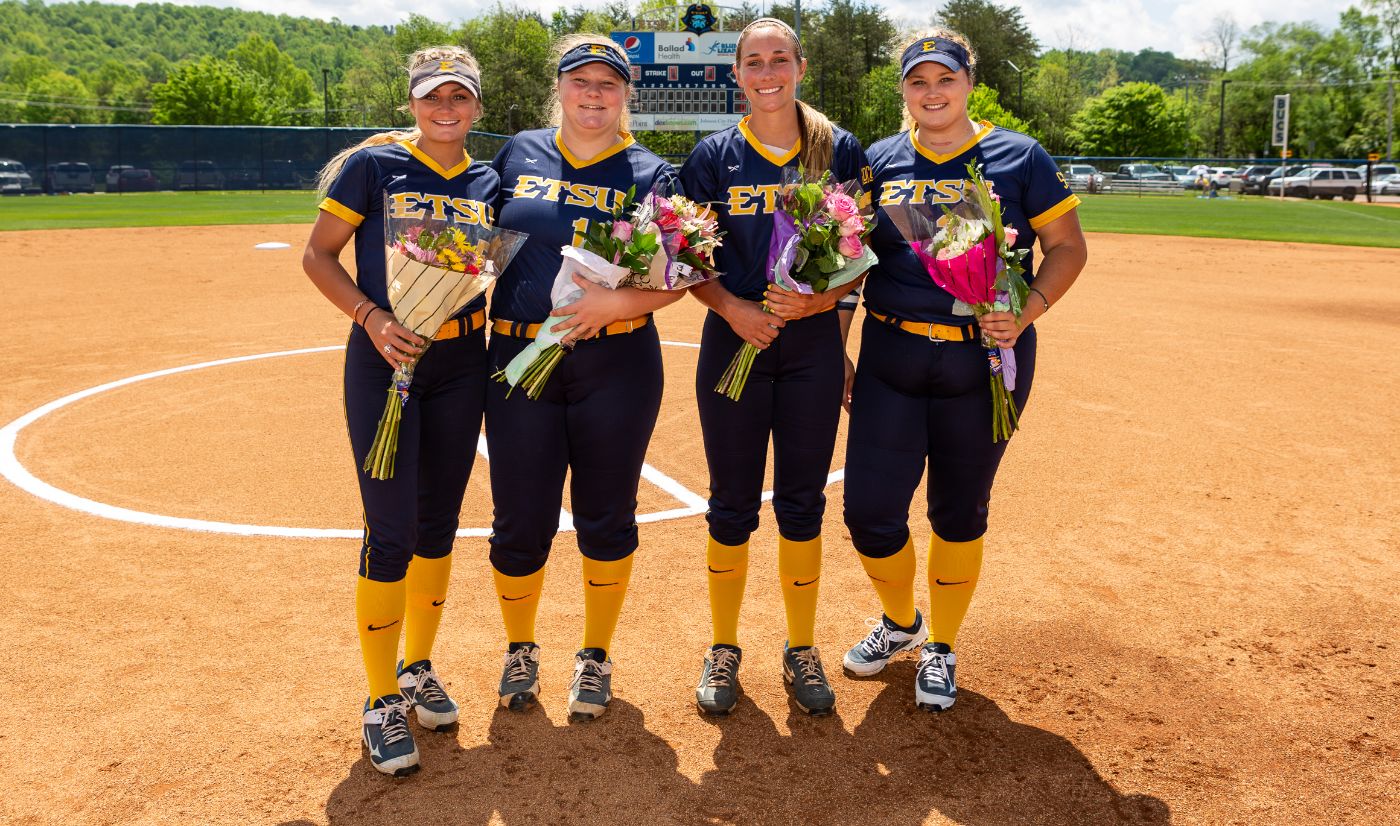 JOHNSON CITY, Tenn. (April 28, 2019) – The ETSU Softball team saw its Senior Day and regular-season home finale spoiled by in-state rival, Chattanooga, falling to the Mocs by the final score of 8-1 on Sunday afternoon at Betty Basler Field. With the loss, ETSU falls to 19-23-2 on the season and 5-9 in league play. The Bucs also cap the season with a 4-10 record at home.

For the second time in the series, both teams were held scoreless through the first two innings of play. That all changed in the top of the third inning when Chattanooga plated four runs on two hits for the 4-0 lead. Three of the Mocs’ four runs came via the three-run home run from Beltran.

Chattanooga added three insurance runs in the top of the sixth inning, including a pair of back-to-back solo homers with one out to extend the lead to 7-0.

ETSU ruined Chattanooga’s shutout in the home half of the sixth frame as Tiffany Laughren (Erwin, Tenn.) drove in Nikki Grupp (Jacksonville, Fla.) with an RBI single up the middle for the Bucs’ lone run. Laughren’s single snapped a 30-inning shutout streak from Chattanooga’s Celie Hudson.

The Mocs earned the run back in the top of the seventh, sealing the 8-1 victory with a sacrifice fly to right field with the bases loaded.

Stat of the Game
Despite being outscored 8-1 in the game, ETSU was neck and neck in base hits with the Mocs as both squads tallied 10 hits. Chattanooga tallied three homers for five runs in the contest.

Notables
» Prior to the game, ETSU honored the following four seniors with a pregame ceremony: Vanessa Elliott (Johnson City, Tenn.), Tiffany Laughren, Malloree Schurr (Montgomery, Texas) and Taylor Wright (Erwin, Tenn.).
» MacKenzie Dyson (Hanahan, S.C.) started the game in the circle for the Bucs, falling to 4-5 on the season after surrendering four runs on four hits in two and two-thirds innings.
» Kelly Schmidt (Norcross, Ga.) and Julia Fritz (Glen Allen, Va.) finished the game at the rubber for the Bucs, combining for four runs, three earned, in four and one-thirds innings.
» Kelly Warren (Mechanicsville, Va.) led the Bucs in batting, finishing 3-of-4 at the dish. Lauren Lee (Cleveland, Tenn.) and Kelsey Brown (Advance, N.C.) each finished with two hits.
» Laughren and Wright led the senior class with one hit each, while Elliott recorded two highlight-reel catches in left field and Schurr finished with one putout in center.
» ETSU falls to 11-26 all-time against Chattanooga, including 5-10 when squaring off against the Mocs at Betty Basler Field.

Up Next
The Bucs will close out the 2019 regular season with a three-game series against UNCG beginning on Saturday, May 4 at 1 p.m. Following Saturday’s doubleheader with the Spartans, the Bucs will conclude the regular season on Sunday, May 5 with a 1 p.m. showdown in Greensboro.