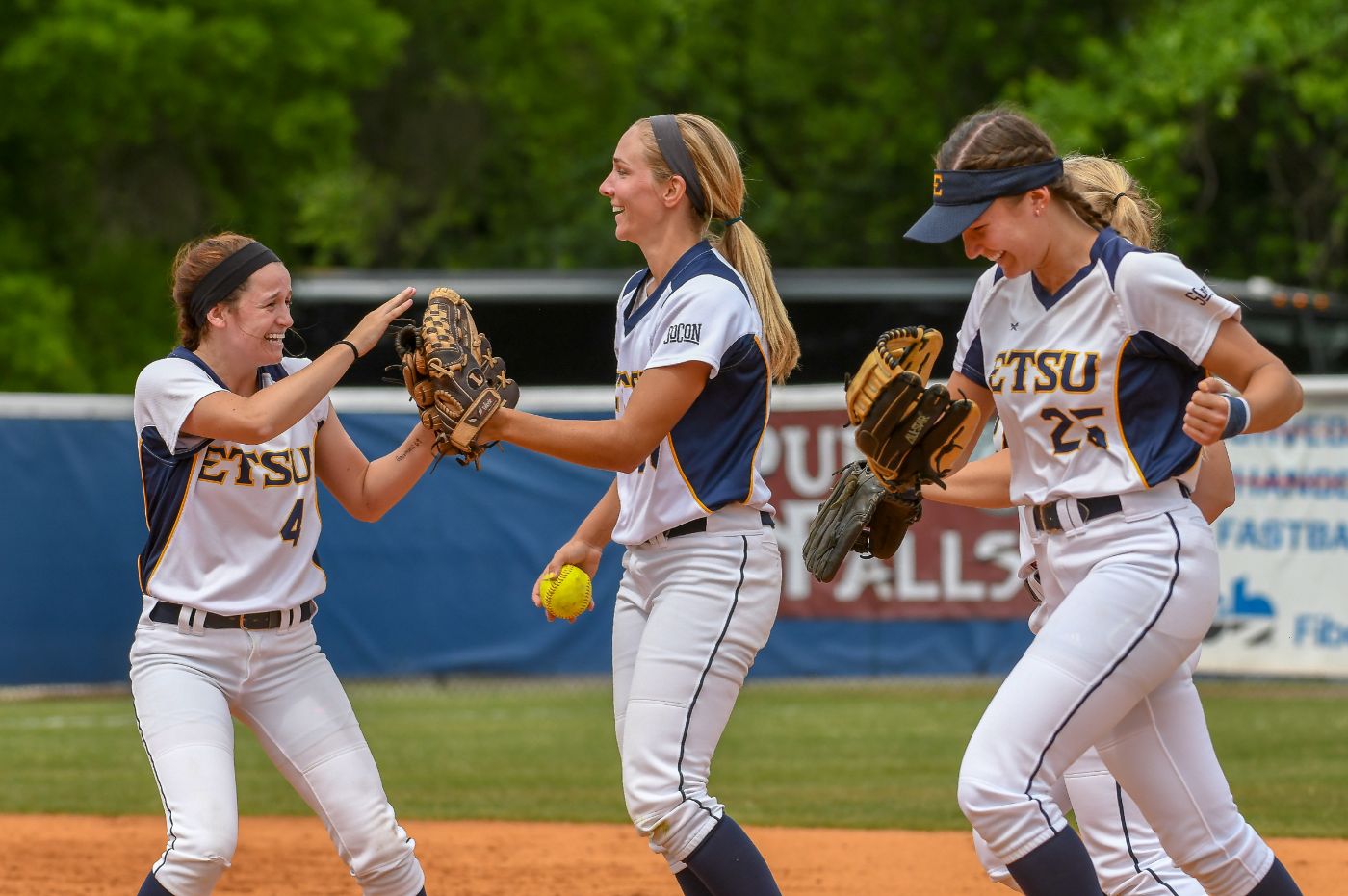 CHATTANOOGA, Tenn. (May 9, 2019) – ETSU will now have to fight its way out of the loser’s bracket in the 2019 Southern Conference Tournament after suffering a 9-1 defeat at the hands of top-seeded UNCG in game five of the tournament. With the loss, the Bucs fall to 21-26-2 on the campaign and 1-1 in the tournament.

ETSU jumped on the board first in the opening inning after Nikki Grupp (Jacksonville, Fla.) reached on a fielding error by Monica Pepe, allowing Julia Fritz (Glen Allen, Va.) to score from second for the 1-0 advantage.

The lead was short lived as the Spartans drew even following Makenna Matthijs’ RBI single to center field. Later in the inning with the bases loaded and two outs, the Bucs made a highlight-reel play to get out of the inning as a pop up bounced off the glove of Jordan Durbin (Mechanicsville, Va.) and into the glove of a diving Malloree Schurr (Montgomery, Texas).

From that point on however, it would be all UNCG as the Spartans scored eight more runs in the next two innings, including putting up a six spot in the third inning following back-to-back home runs.

The Bucs only put two more runners on base after the first inning as Fritz reached on her second walk and Vanessa Elliott (Johnson City, Tenn.) tallied ETSU’s lone hit.

Stat of the Game
UNCG outhit the Bucs in the contest by the final of 9-1 while also outscoring the Blue & Gold 9-1 in five innings of play. All nine of the runs given up were earned.

Notables
» MacKenzie Dyson (Hanahan, S.C.) started in the circle for ETSU, falling to 5-6 after allowing four earned runs in two and one-thirds innings. Kelly Schmidt (Norcross, Ga.) threw the final one and two-thirds innings, allowing five earned runs on four hits and allowing two long balls.
» ETSU now falls to 1-1 in the SoCon Tournament, dropping down to the loser’s bracket following the loss.
» ETSU is now 8-28 all-time against UNCG, including 1-3 on the season against the Spartans.

Up Next
The Bucs will return to action later this afternoon, weather permitting, when they take on No. 2 Samford at approximately 4 p.m.