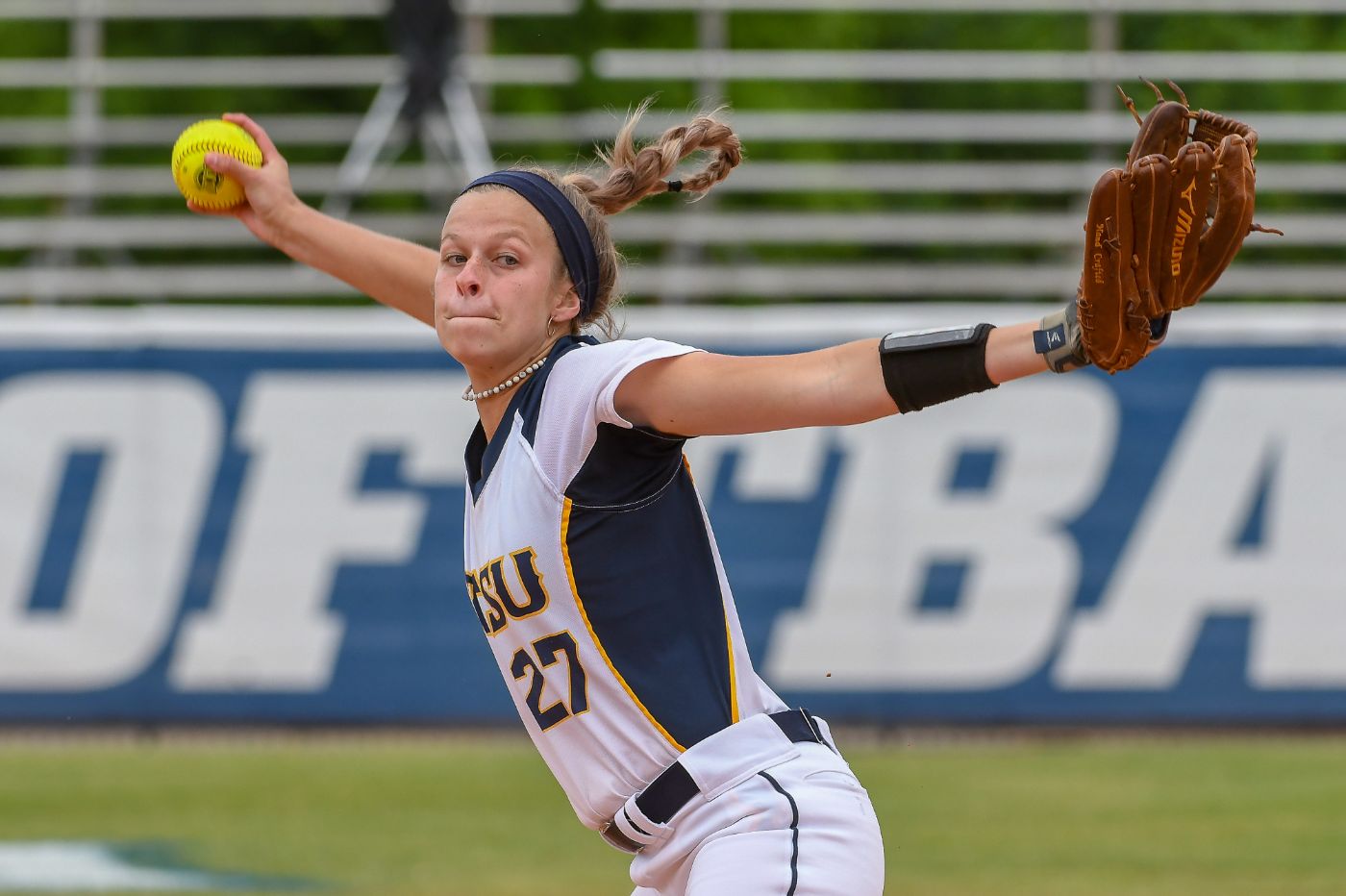 CHATTANOOGA, Tenn. (May 10, 2019) – ETSU saw its season come to an end on Friday afternoon, falling to No. 4 seed Mercer by the final of 6-1 at Frost Stadium in Chattanooga, Tenn. The Bucs, seeded No. 5 in the 2019 Southern Conference Tournament, finished 2-2 in this week’s festivities, capping the season off with a 22-27-2 overall record.

The Bucs found themselves behind early after Mercer’s Danielle Castleberry hit a two-run home run in the home half of the first inning. The Bears added to their lead in the third inning, plating four runs on five hits for the 6-0 advantage.

The Bucs did not go down without a fight, cutting into the deficit in the top of the fourth inning. ETSU received a boost from pinch hitter Kelsey Brown (Advance, N.C.), lacing an RBI single to center field to bring home Malloree Schurr (Montgomery, Texas) from second. That was all the Bucs could muster however as they left the bases juiced following a ground out to end the inning.

ETSU had another big opportunity to score in the top of the fifth inning after putting the first two runners on. However, back-to-back infield flies and a fly out to center field hindered the Buccaneers’ rally. The Bucs were unable to recover from the early deficit, registering one final base hit in the last two innings of play.

Stat of the Game
MacKenzie Dyson (Hanahan, S.C.) entered the game in relief, capping off a strong second half surge to the season for the sophomore righty. Dyson threw three and one-thirds innings today, allowing just one hit and retiring 10 out of 11 batters faced.

Notables
» Taylor Boling (Jasper, Ga.) started the game in the circle, dropping her lone SoCon Tournament loss after surrendering six runs on two and two-thirds innings pitched.
» The Bucs outhit the Bears 5-1 in the final four innings of play but left nine runners on base throughout the game.
» Lauren Lee (Cleveland, Tenn.) led the Bucs at the plate with two of ETSU’s six hits.