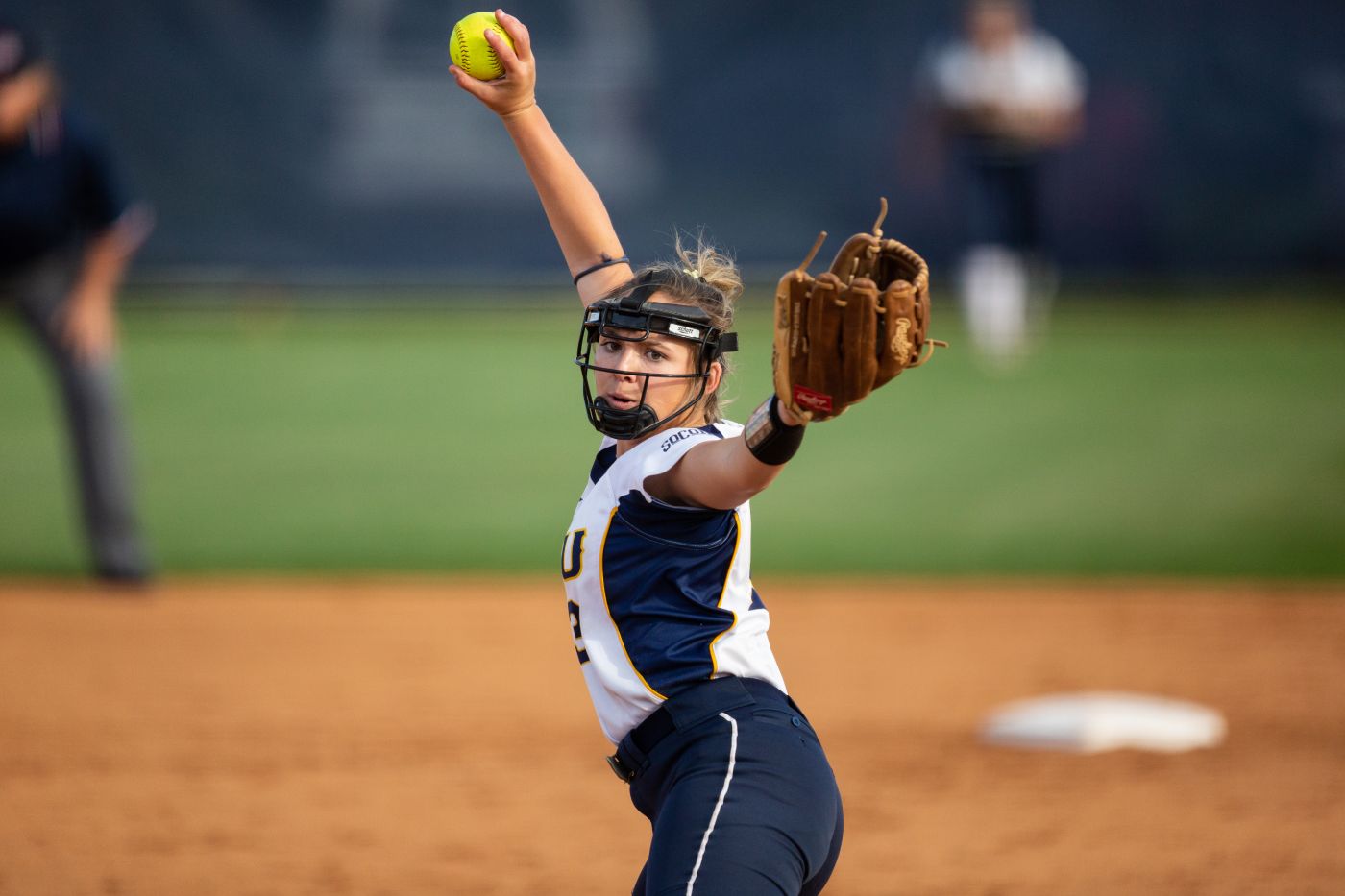 STATESBORO, Ga. (Feb. 7, 2020) – The ETSU Softball team saw its season opener slip from its grasp after yielding five runs in the fifth inning, dropping the 6-3 decision to Rutgers on Friday evening. With the loss, the Bucs fall to 0-1, while the Scarlet Knights improve to 1-1.

Both competitors were held hitless through the first two innings until the Scarlet Knights registered the first hit with a double off the bat of Hitchcock. Two batters later, Rutgers claimed the lead after a single by Marra plated Hitchcock from third for the 1-0 advantage.

The Bucs responded with two runs in the bottom of the third, all with two outs. With runners on first and second, Makenna Helton (Knoxville, Tenn.) picked up her first career hit in an ETSU uniform with a single to left to plate Demi Coleman (Maryville, Tenn.) from third. Two batters later, freshman outfielder Lili Bowen (Charlotte, N.C.) picked up her first RBI with a bases-loaded walk for the 2-1 advantage.

After a silent fourth inning, the Scarlet Knights exploded for five runs on four hits and two ETSU errors to jump ahead 6-2.

The Bucs could only muster one run in the final three innings as Lauren Lee (Cleveland, Tenn.) lifted a double to left center field to bring Helton in from second to cut the deficit to 6-3.

Stat of the Game
Both teams struggled defensively, combining for six total errors in the ballgame. The Bucs finished with four errors, a mark that was only achieved once last season.

Notables
» Taylor Boling (Jasper, Ga.) received the start for ETSU, pitching four innings and yielding two earned runs while striking out three.
» Allison Farr (Knoxville, Tenn.) made her first collegiate appearance in the circle, throwing three innings of work and allowing four hits and four runs, two earned. Farr was tagged with the loss in the season opener.
» Helton finished the game 2-for-4 at the dish with one RBI and one run scored. Kelly Warren (Mechanicsville, Va.) and Lauren Lee tallied the other two hits.
» The Bucs fall to 1-1 all-time against the Scarlet Knights following tonight’s defeat.

Up Next
ETSU will return to action tomorrow with a doubleheader in the Bash in the Boro, beginning with a 2 p.m. showdown against Army. The Bucs will also take to the diamond at 4:30 p.m. against host Georgia Southern.