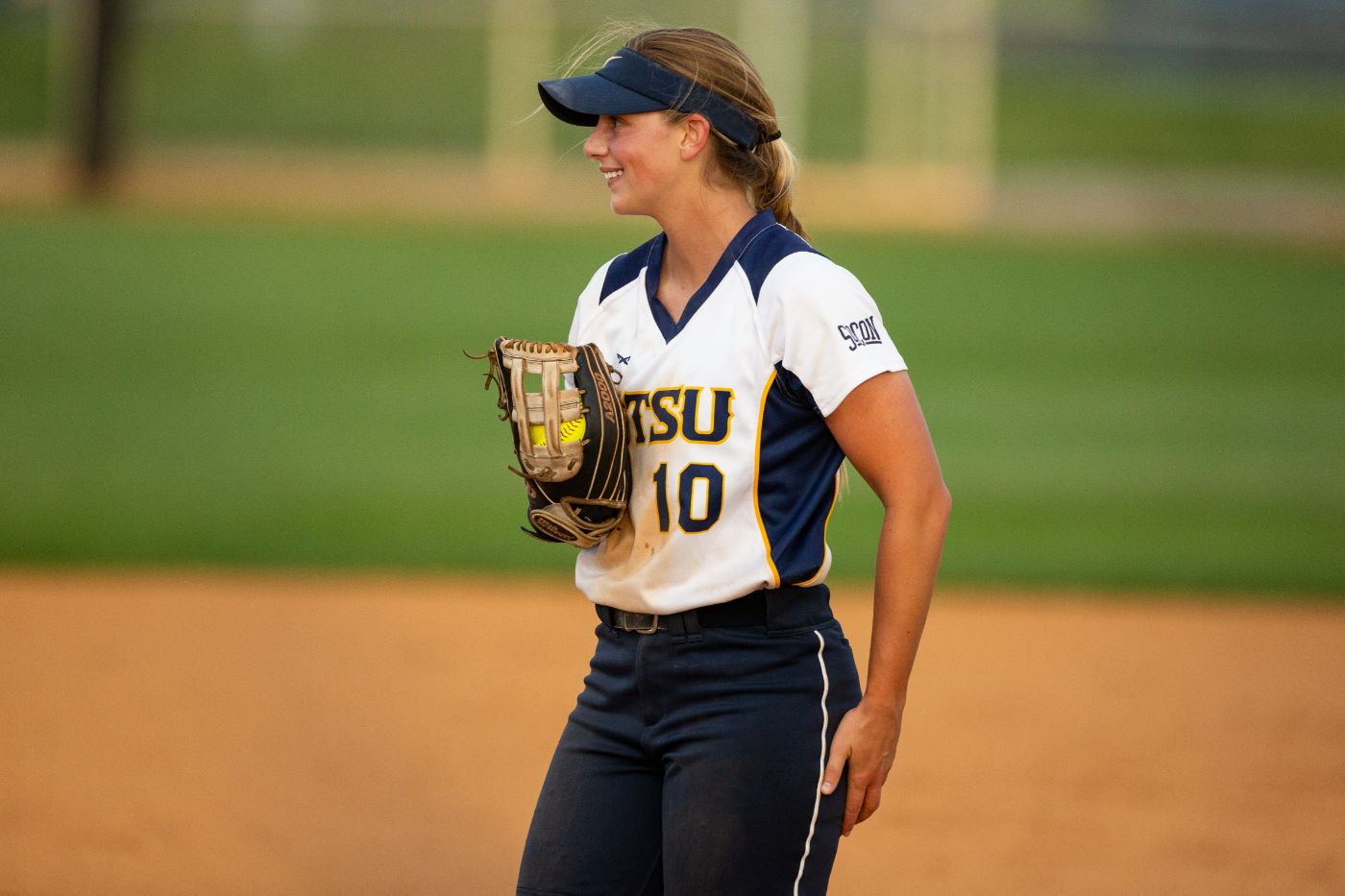 STATESBORO, Ga. (Feb. 9, 2020) – The Bucs’ final game of the Bash in the Boro needed nine innings to decide a victor as ETSU dropped a nail-biting 3-2 decision in nine innings to Rutgers. With the loss, ETSU falls to 0-4 on the season, while Rutgers improves to 3-2.

The action picks up in the bottom of the second inning when Lili Bowen (Charlotte, N.C.) put the Bucs on the board with her first collegiate home run, a deep shot to center field that gave ETSU the early 1-0 advantage.

Kelly Schmidt (Norcross, Ga.) cruised through the first four innings of the game, allowing just one Rutgers hit to preserve the 1-0 lead. However, the Scarlet Knights broke through with a fielder’s choice RBI in the fifth inning tying the contest at one apiece. The very next frame saw Rutgers score one more run on two hits, this time an RBI ground out to take its first lead of the game, 2-1.

The Bucs would not go away quietly, beginning the bottom of the sixth inning with back-to-back singles to threaten the Rutgers’ lead. Julia Fritz (Glen Allen, Va.) stepped up to deliver the game-tying base knock, a third consecutive single for the Bucs, bringing home Kelly Warren (Mechanicsville, Va.) from second. The Bucs were unable to capitalize further, but the damage had been done heading into the seventh inning.

Neither team could string together a base hit in the seventh, forcing the first extra-inning contest for the Blue & Gold this season. Fritz slammed the door shut in the top of the eighth frame, sitting down the Scarlet Knights in order. ETSU started the bottom of the eighth with a runner on second, due to the extra-inning rules. The Bucs later loaded the bases after Bowen singled to third with two away. However, ETSU could not bring home the game-winning run, fouling out to third to end the threat.

After Rutgers scored in the top of the ninth inning, an RBI single up the middle, it was ETSU’s turn again but this time trailing 3-2 with a runner on second. Renae Spears (Memphis, Tenn.) dropped down a perfect sacrifice bunt to advance the runner to third with one away. However, the Scarlet Knights ended any hopes of a come-from-behind win, inducing a game-ending double play in the next at bat to preserve the 3-2 victory.

Stat of the Game
In the starting lineup, six Buccaneers tallied a base hit, led by two from Bowen. The Bucs outhit Rutgers, 7-6, marking the first time this season that ETSU has outhit its opponent.

Notables
» Kelly Warren registered a base hit for the fourth consecutive game to start the season.
» Schmidt tossed five complete innings, allowing two earned runs on four hits with one strikeout.
» Fritz was tagged with the loss, allowing one unearned run on two hits in four innings of work.
» This is the first nine-inning game for ETSU since May 10, 2018 when the Bucs defeated Mercer in the SoCon Tournament 5-3.
» The Bucs now fall to 1-2 all-time against the Scarlet Knights.

Up Next
ETSU is back in action on Friday, Feb. 14 when the Bucs travel to Jacksonville, Fla. to take part in the Osprey Dolphin Invite hosted by both North Florida and Jacksonville.