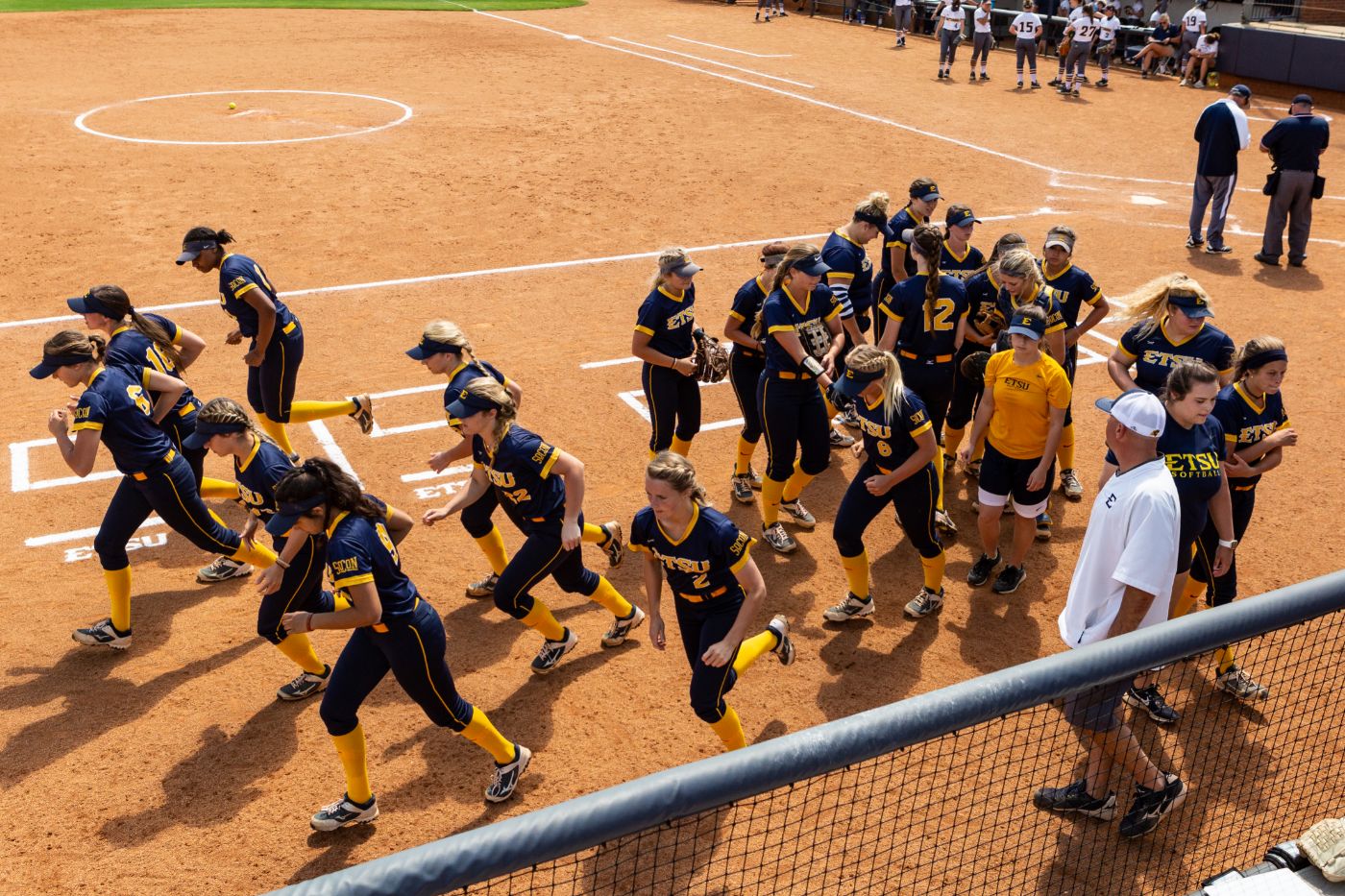 JACKSONVILLE, Fla. (Feb. 13, 2020) – The ETSU Buccaneers Softball team is set for the second tournament of the season, the Osprey Dolphin Invite in Jacksonville, Fla. ETSU will take on Alabama A&M twice, Jacksonville twice and North Florida once. The Bucs will open their portion of the tournament on Friday at 2:30 p.m. against Alabama A&M on the campus of UNF. ETSU will play the first two games at UNF Softball Complex and the final three games at the Debbie & Fred Pruitt Softball Complex.

Doing it All
Kelly Warren (Mechanicsville, Va.) turned in a dominating opening weekend at the Bash in the Boro held by Georgia Southern in Statesboro, Ga. Warren finished the weekend 9-of-12 at the dish for a batting average of .750. The Virginia native also drew four walks on the weekend and finished with an .813 on-base percentage. Warren ranks third in the NCAA in batting average (.750), fourth in on-base percentage (.813) and tied for 13th in overall hits (9). On Saturday, Warren was a perfect 7-of-7 at the plate.

Familiar Foes
The Bucs look to have better outcomes in the second tournament of the season and will do so against familiar opponents. ETSU will square off against Alabama A&M twice during the weekend, a team the Bucs hold a 3-1 record against. The Blue & Gold will also take the diamond against former Atlantic Sun opponents, North Florida and Jacksonville. The Bucs will only take on the Ospreys just once, squaring off on Friday at 7:30 p.m. ETSU is 2-18 all-time against North Florida, taking one of three games in the last series played in 2014. The Bucs will also square off against the Dolphins on Saturday and Sunday. ETSU is 4-14 all-time against Jacksonville, having won the most recent battle on April 19, 2014 by the final score of 4-3

Battling the Bulldogs
Alabama A&M is in search of its first win this weekend after falling to 0-5 in the Big Easy Classic this past week. The Bulldogs scored three runs against Montana in a 12-3 loss and were shutout in the remaining four games. Alabama A&M was outscored 39-3 in the opening weekend. Jacqueline Rookaird leads the team in batting, accounting for four of the team’s 14 hits in the opening weekend. As a team, the Bulldogs are batting .141 and have an ERA of 5.89. ETSU will take on the Bulldogs on Friday at 2:30 p.m. and Saturday at noon.

Grounding the Ospreys
North Florida is 2-3 on the season, winning the first two games of its season before dropping three consecutive outcomes. The Ospreys finished 2-2 in the Trojan Classic with wins over Western Kentucky and College of Charleston. North Florida most recently lost to No. 8 Florida on Wednesday by the final score of 10-2 in five innings. Brittany Sundermeier leads the team in batting average with a .429 mark in five games, while Kayla McGory paces the team in hits (6) and RBIs (5). As a unit, the pitching staff holds a 4.97 ERA, with Skyler Stockie leading the way with a 3.00 ERA in two appearances.

ETSU will take on North Florida once this weekend on Friday at 7:30 p.m. The Bucs are 2-18 all-time against the former ASun foe, winning one of three games in the last series matchup in 2014.

Swimming with the Dolphins
Jacksonville is 3-2 on the season following the first tournament, the River City Leadoff. The Dolphins swept Nicholls State in the home tournament and split a twin-bill with Villanova, while dropping the long game to San Diego State. Jacksonville is led at the dish by Maddison Kennedy with a .444 batting average, while also pacing the team in runs with three. Five different players are batting .300 or better through the first weekend. As a team, the Dolphins are hitting .265 with 31 hits and two long balls with 19 RBIs. Alyssa Bilodeau has already thrown 21 innings of work in three games, boasting a 1.33 ERA after allowing 12 hits and four earned runs. Bilodeau has also punched out 26 batters, while yielding just six walks.