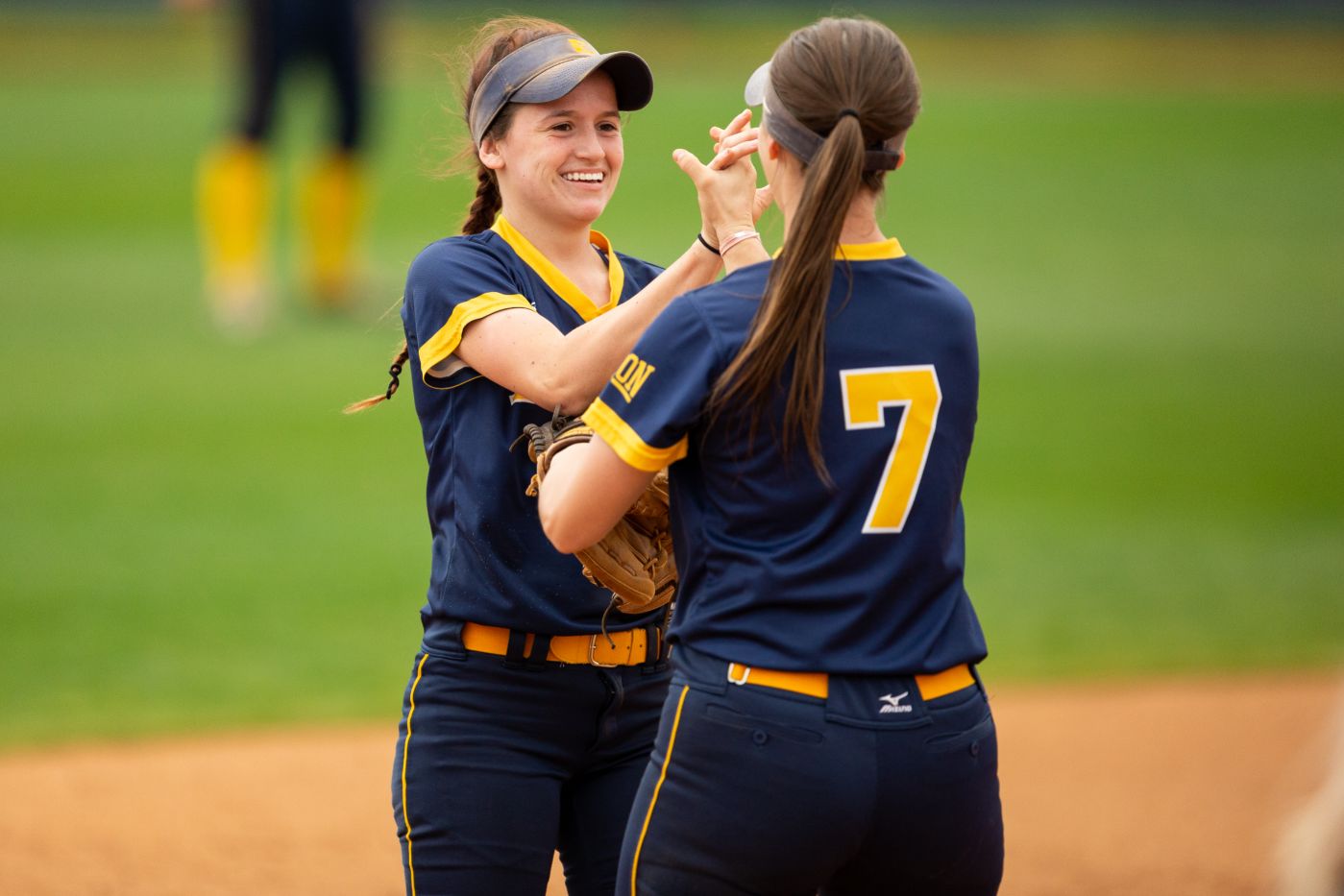 ETSU dominates in day one of Osprey Dolphin Invite

JACKSONVILLE, Fla. (Feb. 14, 2020) – The ETSU Softball team picked up its first and second win of the season on Friday with a doubleheader sweep in the first day of the Osprey Dolphin Invite. The Bucs defeated Alabama A&M by the score of 9-1 before besting North Florida, 10-6. ETSU scored 19 runs on the day, including 13 combined runs in the fifth, sixth and seventh innings of the two games. With the victories, ETSU improves to 2-4 on the season.

Game 1: ETSU 9, Alabama A&M 1
The Bulldogs recorded their only run and lone hit of the ball game in the bottom of the first inning as Tamia Lee-Barbadillo plated Danielle Hansell for the 1-0 lead.

From that point on, it was all ETSU beginning with Jayla Shelton’s (Indianapolis, Ind.) sacrifice fly to bring Makenna Helton (Knoxville, Tenn.) home for the equalizer in the top of the second inning. Helton registered the game-winning at bat in the top of the third inning with a two-run double to left center, pushing ETSU on top 3-1.

Taylor Boling (Jasper, Ga.) slammed the door shut on the Bulldogs following the first inning, striking out a career high eight batters and yielding just one hit and one unearned run, while walking just two Bulldogs.

Stat of the Game
Following yielding one hit in the first inning, Boling surrendered zero hits and struck out seven batters in the final six innings of work.

Notables
» Eight of the nine players registered a base hit in the win, including a pair of hits from Helton for her second multi-hit game of the season.
» Helton also plated her first multi-RBI game of the season, joined by Shelton who led the team with three RBIs with her sacrifice fly and two-run triple.
» Julia Fritz (Glen Allen, Va.) earned her first career triple as she and Shelton collected the two triples for the Bucs, the first multi-triple game for ETSU since Feb. 22, 2019 against Saint Francis.
» Warren extended her hitting streak to five games following an RBI single.
» Boling dominated for her first win of the season after going the distance for her first complete game of 2020 with a career-best eight punchouts.
» The Bucs are now 4-1 all-time against Alabama A&M, having won three consecutive outings against the Bulldogs.

Game 2: ETSU 10, North Florida 6
The Bucs provided Kelly Schmidt (Norcross, Ga.) some breathing room quickly in the top of the first inning, plating three runs on one hit and two Osprey errors. With runners on second and third and one away, Helton delivered a double to deep left center field to bring home Warren and Fritz. However, the throw at the plate ricocheted off of Fritz’s helmet and bounced away from the North Florida catcher. Helton used her speed and heads up baserunning to score all the way from second to give the Bucs the 3-0 advantage.

North Florida collected two runs on one hit and one ETSU error in the bottom of the second inning to close the gap. The first Osprey run came via a dropped fly ball for the Bucs’ first error of the game. The next batter laced a sharp ground ball to Lee at shortstop who chose to throw out the runner at first, conceding the second run of the game. Lee then made a diving effort to rob the Ospreys of a base hit, ending the inning and the threat from the home squad.

The Bucs doubled their lead to 4-2 in the top of the fifth inning after Helton plated her third RBI of the game and fifth of the day, bringing home Fritz from second with an RBI single up the middle. The Blue & Gold extended that lead to four runs in the very next frame after Warren laced a two-run single to left field, bringing home Anissa Avila (Black Mountain, N.C.) and Lee for the 6-2 advantage.

The Bucs tacked on four pivotal runs in the top of the seventh inning to break the game wide open as Lee ripped an RBI triple over the right fielder’s head and Kylie Toler (Bradenton, Fla.) brought her home with an RBI double to right center for the 8-2 advantage. Another Warren RBI single pushed the lead to 9-2, later followed by more heads-up base running as Shelton scored from third following a dropped ball by the pitcher on the return throw back to the circle for the 10-2 advantage.

The Ospreys scored four runs in the bottom of the frame, including three runs off a two-out home run by Koskey to give the home team some life. However, Fritz entered the game in relief of Farr to get the final out and preserve the four-run win.

Stat of the Game
The Ospreys struggled defensively, surrendering six errors throughout the game. The six errors are the most an ETSU opponent has yielded since Belmont had six blunders on April 12, 2009.

Notables
» Helton put in a career game after finishing with a career-best three hits and a career high three RBIs…Helton finished the day with five hits and five RBIs.
» Warren has now hit safely in six consecutive games to start the season and finished with a career high three RBIs in the win over the Ospreys.
» Fritz pushes her consecutive hits streak to five games, one shy of tying her career high of six games…Lee has now hit safely in four consecutive games which ties a career best for the junior infielder.
» The trio of Helton, Lee and Warren combined for seven of the 10 ETSU hits and seven of the team’s eight RBIs.
» Schmidt threw three innings of work and allowed two runs, one earned, on two hits.
» Farr picked up her first collegiate win, entering the game in relief, throwing 3.2 innings of work with four earned runs and three strike outs.

Up Next
The Bucs are back in action tomorrow at noon when they square off against Alabama A&M, this time on the campus of Jacksonville University. ETSU will then turn around at 2:30 p.m. to take on the Dolphins of Jacksonville.