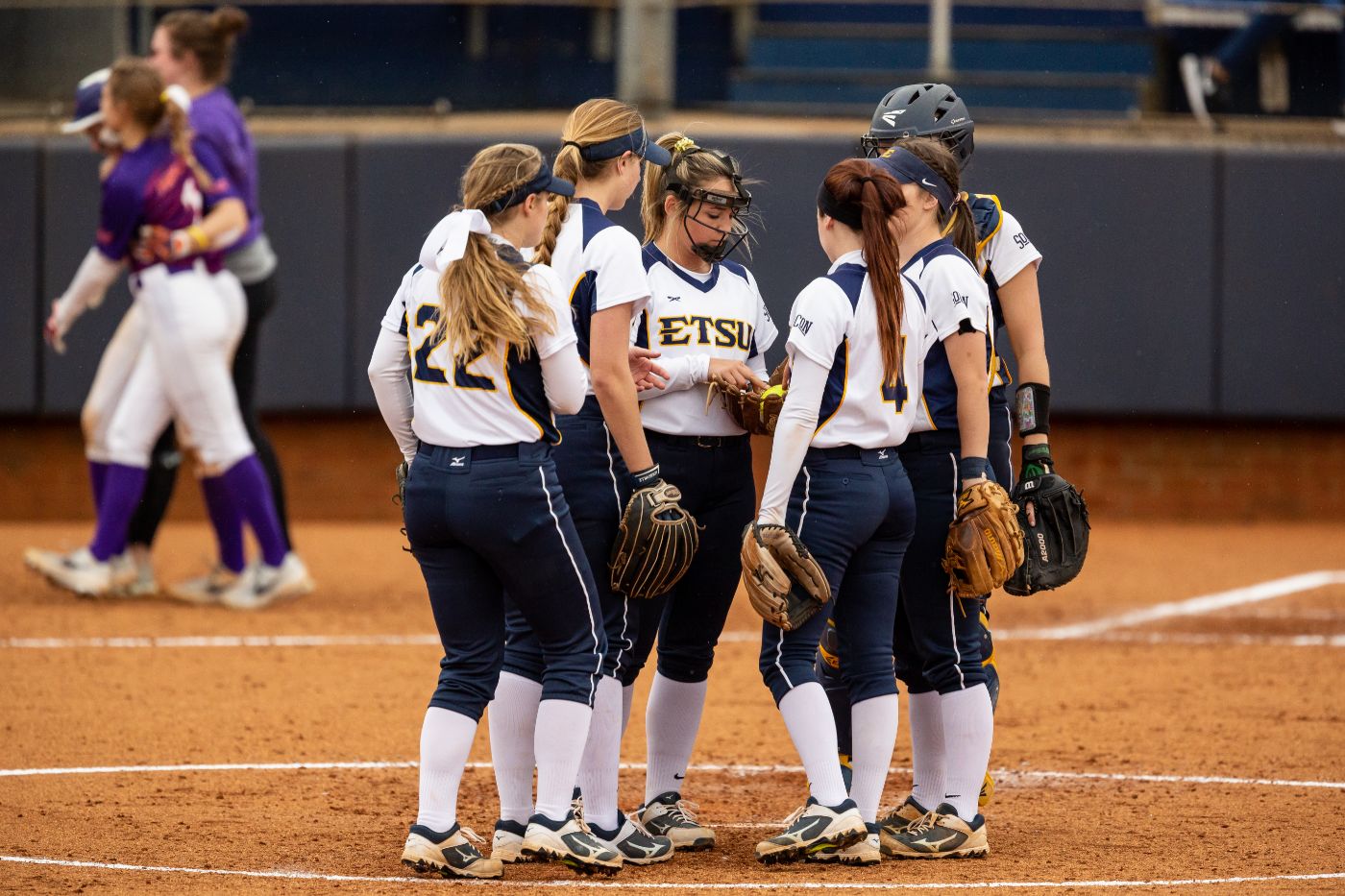 Defensive blunders too much to overcome

JACKSONVILLE, Fla. (Feb. 16, 2020) – Defensive blunders and lack of early offense proved too much to overcome for the Bucs as ETSU dropped the tournament finale to the Jacksonville Dolphins, 7-1. With the loss, the Bucs fall to 3-6 on the season after a 3-2 record in the Sunshine State.

The Dolphins scored three unearned runs in the opening inning as the Bucs fell behind early following two consecutive errors in the field. Jacksonville extended its lead to 7-0 with two runs in the third inning off a two-run single and two more in the fourth inning off an RBI single and another throwing error.

Stat of the Game
Neither team excelled in the field, combining for eight errors during the game. The Bucs finished the contest with five errors, registering five mistakes in the field for the first time since Feb. 10, 2017 against Gardner-Webb.

Notables
» Julia Fritz (Glen Allen, Va.) was a bright spot in the ETSU lineup, finishing 3-for-4 at the dish…Fritz’s three-hit performance is just the second three-hit game of her career.
» Taylor Boling (Jasper, Ga.) picked up the loss, surrendering six runs with just one being earned.
» MacKenzie Dyson (Hanahan, S.C.) entered in relief and threw three strong innings, allowing just two hits and one unearned run.
» Following the loss, ETSU is now 4-16 all-time against the Dolphins.

Up Next
ETSU will travel to Kennesaw, Ga. on Friday, Feb. 21 to take part in the Bailey Memorial Tournament. While in Kennesaw, the Bucs will square off with Rhode Island, Marshall and the host, Kennesaw State.