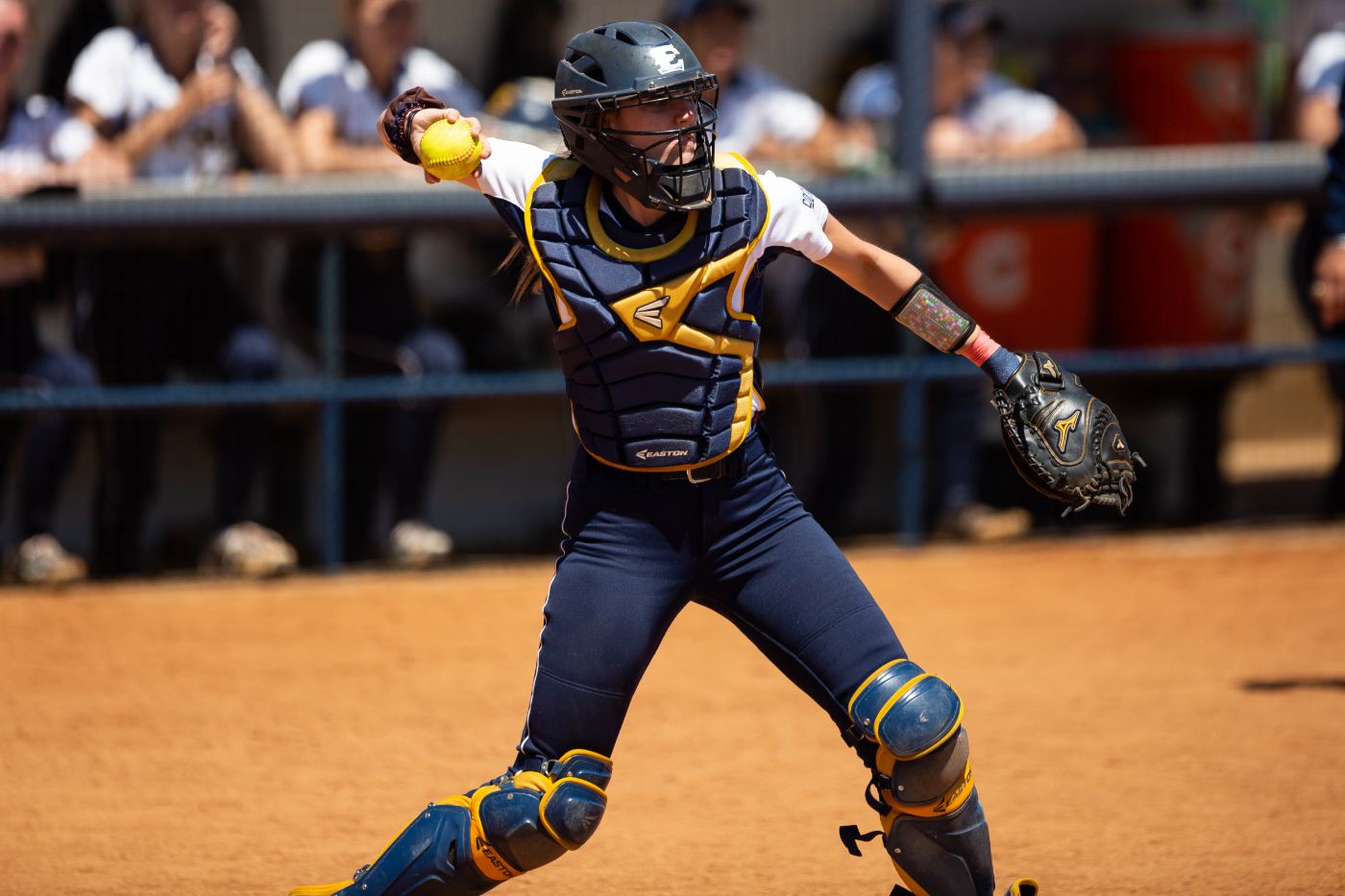 KENNESAW, Ga. (Feb. 21, 2020) – The ETSU Softball team saw itself on the wrong side of a doubleheader on Friday at the Bailey Memorial Tournament in Kennesaw, Ga. The Bucs began the day dropping a 2-0 decision to Rhode Island as the Rams scored a pair of late runs to down ETSU. The Blue & Gold then dropped the doubleheader after Marshall scored three runs in the bottom of the eighth to come from behind and upset the Bucs. With the pair of losses, ETSU drops to 3-8 on the young season.

Game 1: Rhode Island 2, ETSU 0
In a game where runs were hard to come by, it was the Rhode Island Rams who outlasted the Bucs with two runs late in the contest for the 2-0 victory. Neither team could muster any offense through the first four innings, combining for just five hits. MacKenzie Dyson (Hanahan, S.C.) tied her then career-high of six strikeouts through the first four innings, shutting down the Rhode Island batters. The junior pitcher later set a new career high with her seventh strikeout of the game in the sixth inning.

The Rams broke through the scoreboard in the sixth inning after leaving the bases juiced in the fifth. With a runner on first and two away, Rhode Island connected with back-to-back singles to bring home the eventual game-winning run.

The Bucs had a chance to counter in the bottom of the sixth inning with runners on first and second with two away. However, ETSU could not bring home the game-tying run after popping out to second to end the threat.

The Rams doubled their lead in the seventh inning, scoring a run from third after a wild pitch following the swinging strikeout.

ETSU brought the tying run to the plate twice in the bottom of the seventh inning but could not pull together the needed at bats to claw back into the contest.

Stat of the Game
Despite not scoring in the opening game, the Bucs showed discipline at the dish. ETSU entered the game averaging eight strikeouts per game but were only sat down twice against the Rams’ ace.

Notables
» Kelly Warren (Mechanicsville, Va.) and Andrea Sarhatt (Knoxville, Tenn.) tallied two hits apiece in the loss to the Rams.
» The two base knocks by Sarhatt tied a career high set against Alabama A&M on Feb. 15 at the Osprey Dolphin Invite.
» Dyson dropped to 1-2 on the season with the loss, despite striking out a career-high seven batters…The junior allowed two runs on six hits and walked five over 6.1 innings of work.
» Julia Fritz (Glen Allen, Va.) ended her 15-game streak of reaching base safely, finishing 0-for-2 at the dish.
» ETSU dropped the first-ever meeting between the Bucs and Rams, falling to 0-1 all-time against Rhode Island.

Game 2: Marshall 5, ETSU 4 (8 innings)
The Bucs refused to be shutout for a second consecutive game, jumping on the board first against the Thundering Herd of Marshall. ETSU plated two runs in the top of the third inning for the 2-0 lead after Sarhatt laced a two-run single to right field with the bases loaded. The Bucs kept the threat alive with a walk to load the bases yet again, but could not add to the lead after striking out to end the inning.

Marshall cut the ETSU lead in half in the bottom of the fourth inning with two doubles in the frame, including Huerta’s shot that nearly cleared the fence that would have tied the game. The Herd settled for just the RBI double from Huerta after Kelly Schmidt (Norcross, Ga.) pitched out of the jam with the lead intact.

ETSU had runners in scoring position in the fifth and sixth inning but could not capitalize. The missed opportunity came back to bite the Bucs as the Herd plated the game-tying run in the bottom of the seventh inning after a throwing error by ETSU. Taylor Boling (Jasper, Ga.) buckled down to keep the game-winning run stranded, forcing extra innings.

The top of the eighth inning could not have started any better for the Bucs as Kylie Toler (Bradenton, Fla.) connected on a two-run homerun that hit the foul pole, her first of the season. Toler’s two-run blast gave the Bucs the 4-2 lead in the extra frame.

However, things spiraled in the bottom of the eighth inning as Marshall quickly answered with an RBI single to cut the ETSU lead in half. With two on and one away, Rousseau lifted a double over the head of Warren in center field, tying the game up at 4-4 with runners still in scoring position. The Herd completed the gut-wrenching comeback in the next at bat with a single up the middle for the 5-4 walk-off win.

Stat of the Game
After a fairly quiet seven innings, which both teams combined for four runs and 13 hits, the eighth inning saw an offensive explosion of five runs and seven hits.

Notables
» Schmidt tossed another strong outing with five innings pitched and just one earned run on six hits with two strikeouts.
» For the second consecutive game, Sarhatt recorded a multi-hit contest at the plate and finished with a career high two RBIs…The sophomore outfielder finished 4-of-7 on the day with two RBIs.
» Toler joined Sarhatt in the multi-hit, multi-RBI category with two hits and two RBIs in the loss to the Herd.
» The Bucs stranded 13 runners on base in the loss to Marshall.
» Boling dropped to 1-3 on the season after throwing 2.1 innings of work and allowing four runs, two earned.
» ETSU now falls to 1-5 all-time against the Thundering Herd.

Up Next
ETSU will be back in action on Saturday at 10 a.m. against Rhode Island in a rematch of game one of the Bailey Memorial Tournament. The Bucs will then conclude the Saturday doubleheader with a 3 p.m. showdown against the Thundering Herd.