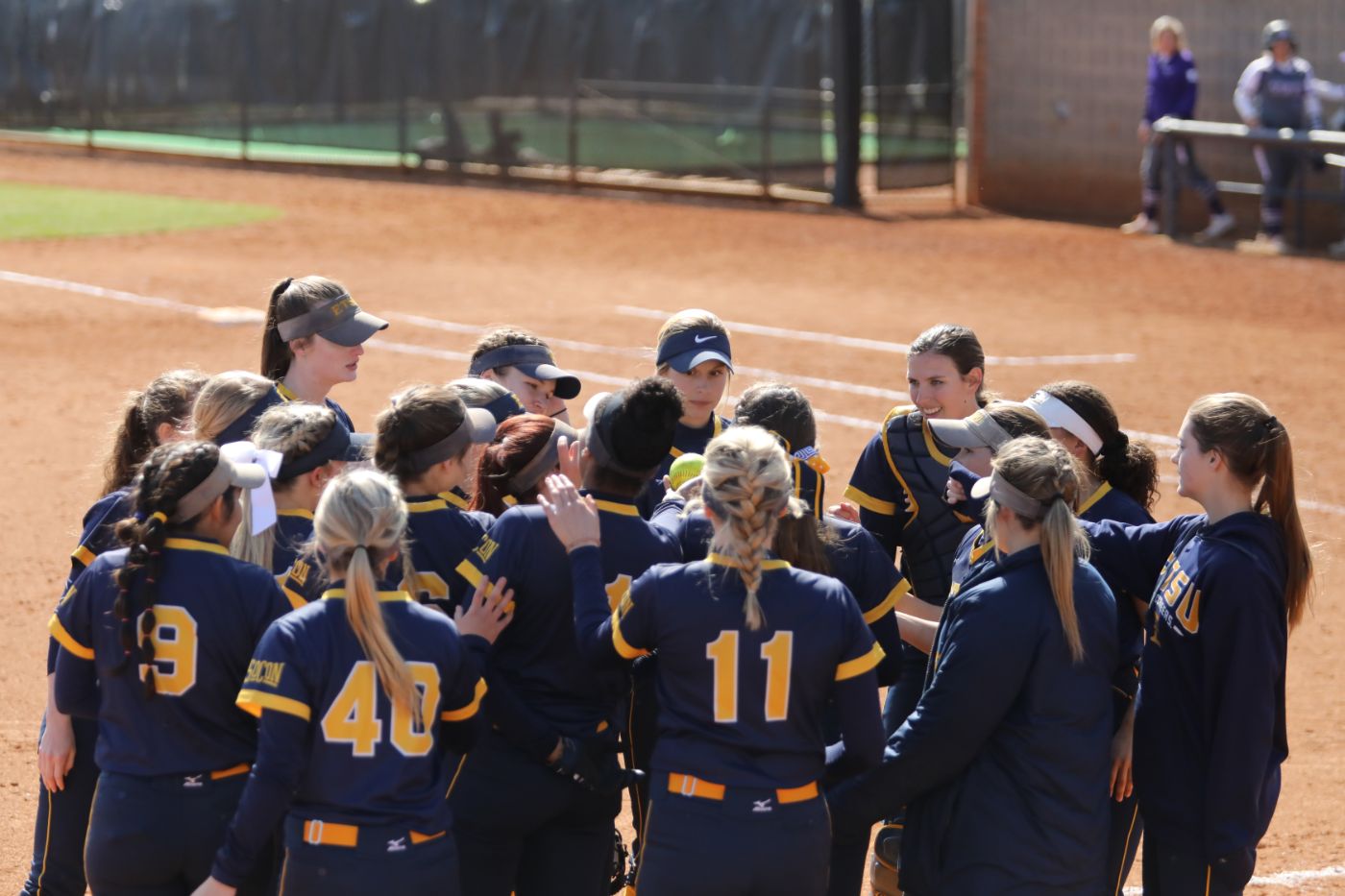 KNOXVILLE, Tenn. (March 6, 2020) – ETSU Softball split the opening doubleheader of the 2020 Tennessee Invitational on Friday in Knoxville, Tenn., defeating Toledo in the first game by the score of 3-2 before falling to the Lady Vols in game two, 10-1. With the Friday split, the Bucs improved to 8-11 on the campaign, running their winning streak to four games before suffering the nine-run loss to Tennessee.

Game 1: ETSU 3, Toledo 2
The Bucs picked up a key 3-2 win over Toledo to start the Tennessee Invitational on Friday morning. ETSU upended Toledo after scoring three runs on five hits, while holding the Rockets’ offense to just two runs on six hits.

Toledo struck first in the top half of the opening inning following a two-run blast from Dayna Denner, providing the visiting squad with the early advantage.

The Bucs evened things once again in the bottom of the second frame after a bloop single dropped in for Lili Bowen (Charlotte, N.C.). Bowen’s single plated a pair of Buccaneers from second and third to draw ETSU even with the Rockets.

The following inning, ETSU claimed the lead for good after an RBI fielder’s choice from Nikki Grupp (Jacksonville, Fla.) that pushed the Blue & Gold on top, 3-2. The Bucs started the inning with three consecutive singles before Grupp plated the go-ahead run.

ETSU could not add to its lead in the third nor in the fifth inning after loading the bases. However, the one-run advantage proved enough for freshman pitcher Allison Farr (Knoxville, Tenn.) in her homecoming. Farr entered the game in relief in the second inning after MacKenzie Dyson (Hanahan, S.C.) took a line drive off the leg after just one inning pitched. Farr threw a career-best six innings of work and allowed just three hits and struck out one batter en route to her second collegiate win.

Notables
» Dyson was tacked with two runs after the two-run homer in the first inning but exited the game one batter into the second following the injury.
» Farr ended a four-game streak of allowing four runs scored following six shutout innings in relief for the Bucs.
» Bowen led the Bucs at the dish, finishing the game with a perfect 2-for-2 mark and two runs batted in.
» Four different players registered a base knock for the Bucs.
» ETSU has now won four consecutive games, improving to 8-10 on the season, and is now 3-1 all time against the Rockets.

Game 2: Tennessee 10, ETSU 1 (5 innings)
For the second time in as many games against the Lady Vols, the Bucs scored first in the opening inning. Just like she did in Johnson City, Kylie Toler (Bradenton, Fla.) delivered with an RBI double in the top of the first inning to give ETSU the 1-0 advantage.

The Lady Vols drew even in the bottom of the second frame after Ashley Morgan hit a sharp double that found its way through the infield. Tennessee then carried that momentum into the bottom of the third inning when it exploded for seven runs on five hits to take the 8-1 lead over the visiting Bucs. The seven-run inning was highlighted by a two-run blast to straight away center field by KK McCrary.

The Lady Vols put the game away for good with two more runs in the bottom of the fourth inning to induce the run rule, leading the Bucs 10-1.

Stat of the Game
ETSU surrendered just six hits the last time these two teams met, but had to settle for 10 hits allowed and 10 runs yielded in the loss to the Lady Vols.

Notables
» Kelly Schmidt (Norcross, Ga.) and Taylor Boling (Jasper, Ga.) split time in the circle for the Bucs, both allowing five earned runs.
» Toler and Grupp accounted for the three ETSU hits in the loss, with Toler finishing the game 2-for-2 at the dish.
» ETSU now falls to 1-20 all-time against the Lady Vols after failing to upset Tennessee for the second time in five days.

Up Next
The Bucs are back in action tomorrow with another doubleheader at the Tennessee Invitational. ETSU will begin the day with a 10 a.m. showdown against Stanford, followed by either a 3 p.m. or 5:30 p.m. game based off the bracket play results.