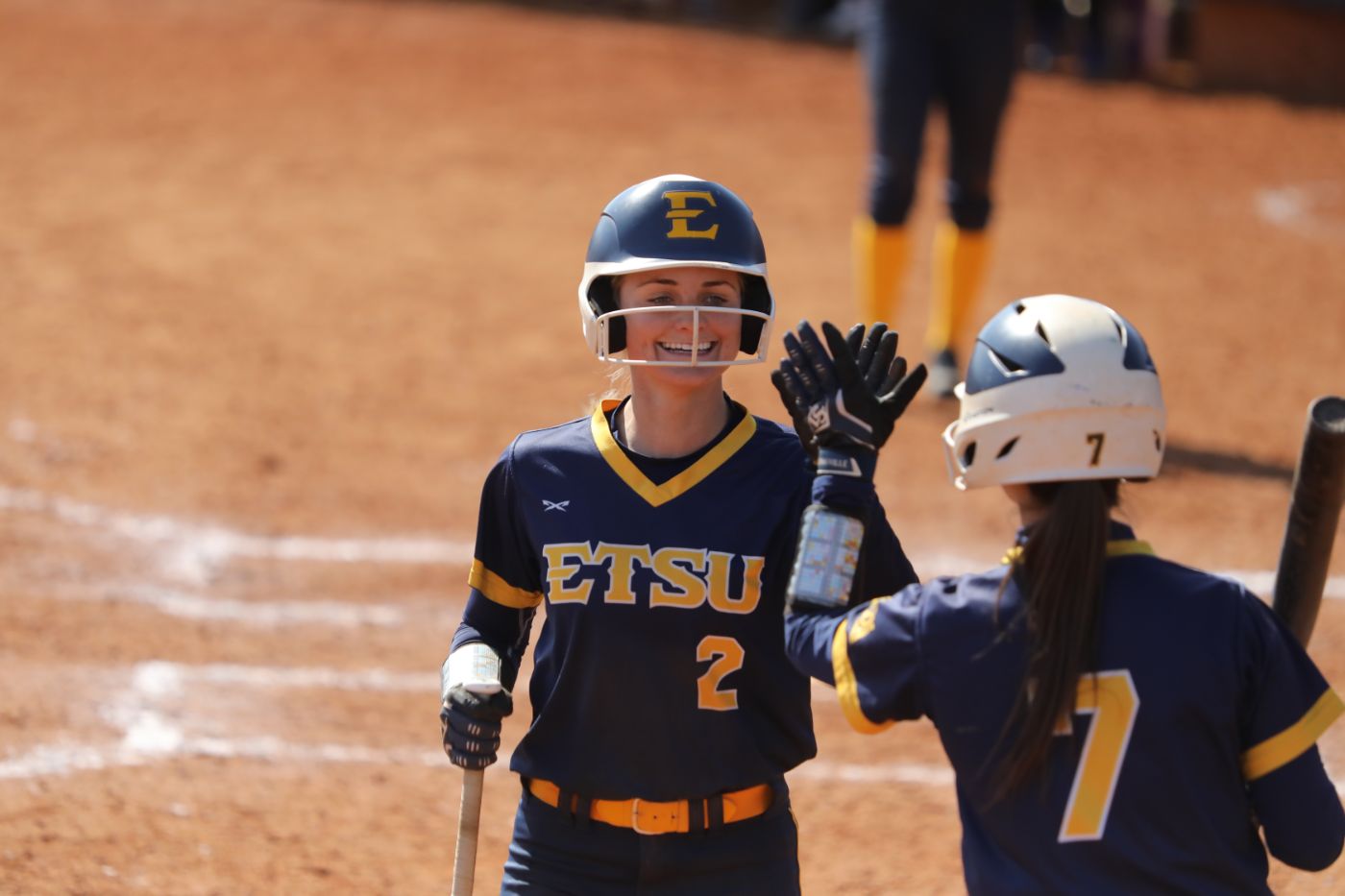 KNOXVILLE, Tenn. (March 8, 2020) – Strong pitching, timely hitting and great defensive play was the recipe for the Bucs’ 3-1 win over Toledo in the final game of the Tennessee Invitational on Sunday morning in Knoxville, Tenn. With the win, ETSU improved to 9-13 on the season and 2-3 in the tournament.

The first run of the game belonged to the Bucs in the home half of the first inning following a methodical first frame in the circle by Kelly Schmidt (Norcross, Ga.), striking out the first three batters. Julia Fritz (Glen Allen, Va.) scored from first following a leadoff single and then a double to the right center gap by Andrea Sarhatt (Knoxville, Tenn.), giving the Bucs the early 1-0 advantage. ETSU later loaded the bases with nobody out but could not extend its lead further, settling for the one-run lead.

ETSU successfully took advantage of a leadoff triple by Jordan Durbin (Mechanicsville, Va.) in the second inning after Sarhatt laid down the perfect sacrifice squeeze for her second RBI of the game, stretching the Bucs’ lead to 2-0. ETSU loaded the bases for the second consecutive inning, this time with two outs. However, a harmless ground out concluded the Buccaneer threat but not before they doubled their lead to two.

Toledo broke through the scoreboard in the top of the third inning following a two-out double down the left field line by Macey Moore. Schmidt ended the Rockets’ threat, stranding a pair of runners on base following her fifth strikeout of the game to preserve the one-run lead.

The Blue & Gold pushed its lead back to a pair in the home half of the fourth inning, this time following a sacrifice fly. With runners on second and third and one away, Nikki Grupp (Jacksonville, Fla.) lifted a fly ball to right field, bringing home Kelly Warren (Mechanicsville, Va.) for the 3-1 advantage.

The two-run cushion was all ETSU needed to hang on to its second win of the weekend, besting the Rockets for the second time in three days. Toledo threatened to score in the final two innings, loading the bases in the sixth and putting runners on the corners with nobody out in the seventh inning. However, great defensive plays and strong pitching by Taylor Boling (Jasper, Ga.) kept Toledo off the scoreboard for the two-run victory.

Stat of the Game
The Bucs had no problem getting on base in the tournament finale, hitting .407 for the game on 11 hits in 27 plate appearances. ETSU also displayed strong two-out hitting, batting .400 (4-of-10) in said situations.

Notables
» Seven different players tallied at least one base hit, while three batters registered multi-hit games led by Lauren Lee (Cleveland, Tenn.) with a season-high three hits.
» Makenna Helton (Knoxville, Tenn.) reached base safely in all four appearances, finishing the game with two hits and two walks drawn.
» Schmidt picked up her fourth win in the circle, tying a season high in strikeouts with five, while allowing just one earned run on four hits.
» Boling picked up her second save of the season, allowing three hits in two innings of play…The Georgia native now has six saves in her two-year career and sits in second all-time in ETSU history in career saves, one shy of tying the program record.
» The Bucs are now 4-1 all-time against Toledo, including a perfect 2-0 record this weekend.

Up Next
The Bucs will host their final tournament of the spring campaign before conference play begins. The ETSU Classic will commence on Friday, March 13 and will conclude on Sunday, March 15, featuring ETSU, Radford and Tennessee Tech. The home tournament will also kick off a string of nine consecutive home games for the Bucs.