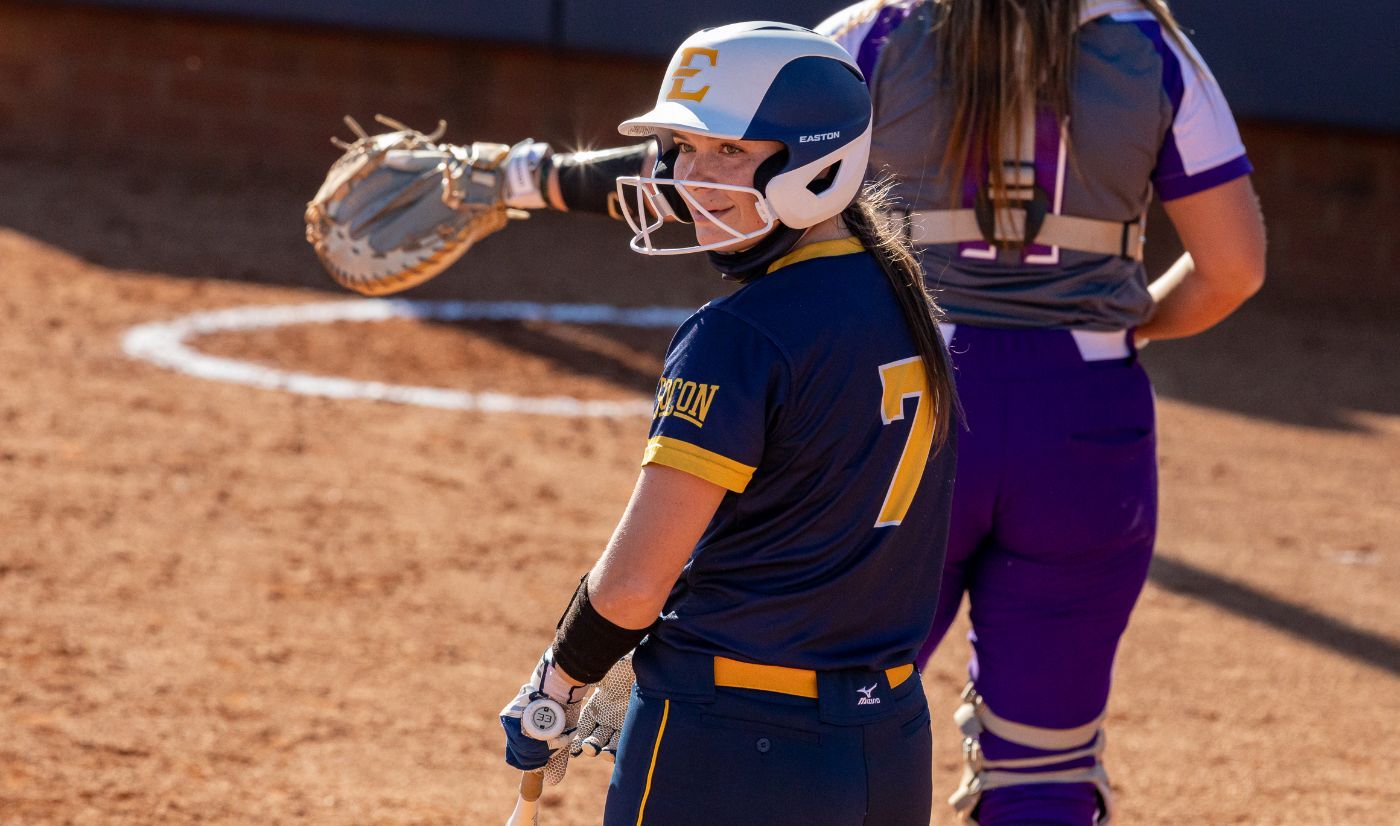 JOHNSON CITY, Tenn. (Feb. 24, 2021) – The ETSU Buccaneer Softball team came away with a win and a loss in the first doubleheader of the season, splitting the twin bill with Tennessee Tech at Betty Basler Field. The Bucs scored three runs in each contest, while the Golden Eagles combined for eight total runs. With the split, ETSU improves to 1-1 and Tennessee Tech improves to 4-2.

Game 1: ETSU 3, Tennessee Tech 2
Following a 1-2-3 top of the first inning, the Golden Eagles struck first in the second inning following an RBI double to right center off the bat of Sydney Love-Baker for the early 1-0 lead.

The Bucs plated their first run of the season in the bottom of the third, taking a two-run lead with one swing of the bat. With two outs and two runners on base, Nikki Grupp (Jacksonville, Fla.) cleared the bases with her first hit of the season. Grupp’s moon shot wrapped just inside the left field foul pole to give ETSU a 3-1 advantage.

Tennessee Tech threathened in the fourth inning after a double by Love-Baker. However, the next batter lined into a double play as Julia Fritz (Glen Allen, Va.) fielded the liner and fired a hose to second to get the retreating runner.

After the Bucs failed to stretch their lead following a leadoff double in the bottom of the fifth, Tennessee Tech cut the ETSU lead in half in the top of the sixth. Nicolle Nysted plated Beth McCulley from third to trim the ETSU lead to 3-2.

MacKenzie Dyson (Hanahan, S.C.) buckled down in the top of the seventh inning to secure her second collegiate save and first of the season. Dyson threw a 1-2-3 final inning to preserve the 3-2 victory in the season opener for the Blue & Gold.

Stat of the Game
The Bucs only tallied three hits, but none bigger than Grupp’s three-run blast. The home run by Grupp was her first since April 27, 2019 against Chattanooga.

Notables
» Three different Buccaneers tallied a base hit, including Lauren Lee (Cleveland, Tenn.) who pushed her hitting streak to two games dating back to last season.
» Kelly Schmidt (Norcross, Ga.) earned her first win of the season in her first appearance, logging 4.2 innings of work with four strikeouts and one earned run.
» With the win, Schmidt moves into a tie for ninth all-time with 19 career wins, tying Belinda Barrera.
» Dyson picked up the save after pitching 2.1 innings of work and allowing one run on three hits.
» ETSU improves to 11-19 all-time against the Golden Eagles, having won three consecutive outings and five of the last six.

ETSU finally cracked the scoreboard in the bottom of the fifth as Alana Collins (Greeneville, Tenn.) plated her first RBI as a Buccaneer with a one-run single. The Bucs were unable to cut further into the deficit in the fifth inning, stranding a pair of runners on second and third.

The Bucs trimmed the five-run hole to just three in the bottom of the sixth inning as Lili Bowen (Charlotte, N.C.) unloaded on a two-run blast, her first of the season. ETSU could not muster anymore runs following Bowen’s blast, settling for the three-run defeat.

Stat of the Game
The two squads combined for 17 hits in game two, with Tennessee Tech leading the charge with nine hits. After yielding eight Golden Eagle hits, Allison Farr (Knoxville, Tenn.) entered the game in relief for the Bucs and surrendered just one hit in four innings of work.

Notables
» Julia Fritz became the first Buccaneer to tally a multi-hit performance on the young season.
» Taylor Boling (Jasper, Ga.) started the game in the circle for ETSU, surrendering six runs on eight hits in three innings.
» Lauren Lee extended her hitting streak to three games with her 1-for-4 performance in game two.

Up Next
The Bucs will compete in their first tournament of the season as the Blue & Gold travel to Spartanburg, S.C. to take part in the Wings ETC. Classic hosted by USC Upstate. The tournament will begin on Saturday, Feb. 27 and conclude on Sunday, Feb. 28.