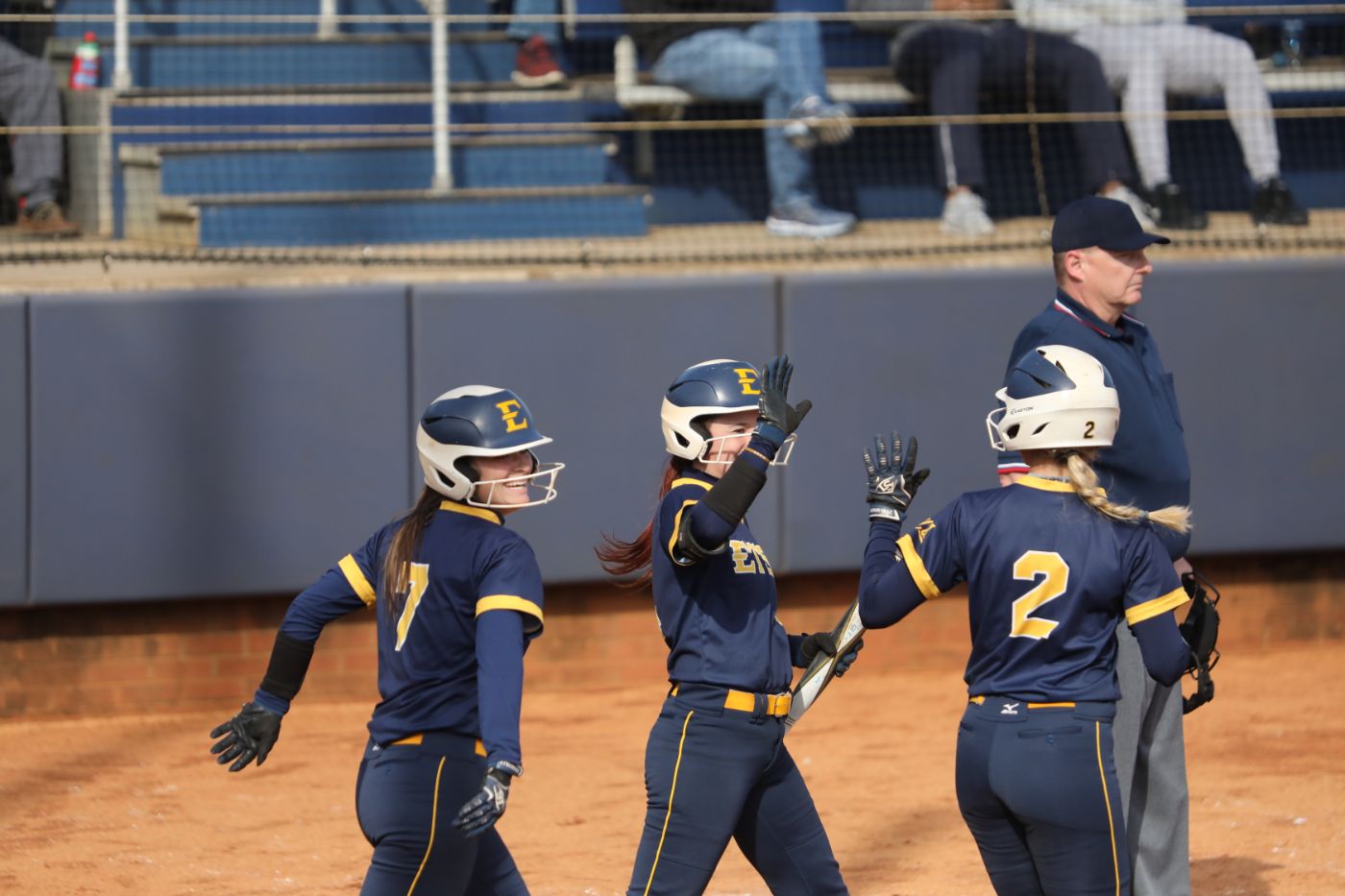 SPARTANBURG, S.C. (Feb. 26, 2021) – With the jitters of the first game of the season behind, the ETSU Softball team is set for its first business trip of the season, traveling to Spartanburg, S.C. to compete in the Wings ETC. Classic. The tournament, hosted by USC Upstate, will feature the Bucs and South Carolina State, alongside the Spartans.

The Long Ball
Betty Basler Field displayed its launchpad-like play in the first doubleheader as ETSU and Tennessee Tech combined for four homers in two games. Nikki Grupp (Jacksonville, Fla.) and Lili Bowen (Charlotte, N.C.) each blasted home runs on Wednesday, with Grupp’s coming in a 3-2 victory and Bowen’s two-run blast arriving in the 6-3 defeat. ETSU connected for five home runs in all of 2020 (playing just 22 games).

Fresh Faces
Two of the six newcomers jumped into action in Wednesday’s doubleheader. Alana Collins (Greeneville, Tenn.) started both games at DP on Wednesday, finishing 2-of-7 on the day with one double and her first Buccaneer RBI. Faith Adams (Henrico, Va.) also jumped into play, starting game two at catcher in relief for Kylie Toler (Bradenton, Fla.). Adams reached base in two of her three at bats, knocking a single down the line and drawing a walk. Adams also crossed the plate for the first time in her collegiate career, doing so off Collins’ RBI single to left center.

Series History
The Bucs will square off against a pair of opponents in Spartanburg, S.C., beginning with USC Upstate. ETSU will kick off its play in the tournament with the Spartans on Saturday at 2:15 p.m. and cap the event off with a rematch on Sunday at 3:30 p.m. ETSU is 4-19 all-time against USC Upstate, dropping 10 consecutive battles against the Spartans. The Bucs are 1-12 all-time when playing at USC Upstate and are in search of their first win of the series since April 24, 2013.

ETSU will also take on South Carolina State in between its matches with USC Upstate. The Bucs will pair up against the Bulldogs on Saturday at 4:30 p.m. and Sunday at 11 a.m. ETSU is 2-1 all-time against South Carolina State, winning the last matchup on March 11, 2011 by the final of 5-0.

Squaring off with the Spartans
USC Upstate enters the weekend with an untarnished 3-0 record, having defeated Dayton and North Carolina Central to start the campaign. The Spartans started off the season with a doubleheader sweep over Dayton in the Upstate Classic, winning 3-2(9) and 5-2. USC Upstate then toppled N.C. Central in a rain-shortened game by the final of 3-0 in six innings.

Battling the Bulldogs
South Carolina State kicked off its season on Wednesday with a single game at Furman, dropping the 11-0 decision. The Bulldogs struggled to an 0-10 record in 2020 prior to the season being shut down.

In the 11-run loss to the Paladins, the Bulldogs were held to just one hit off the bat of Ja’Nautica Cohen. DeAsia Lowther was tagged with the loss in the season-opening loss, allowing 10 runs in 2.1 inning of work.