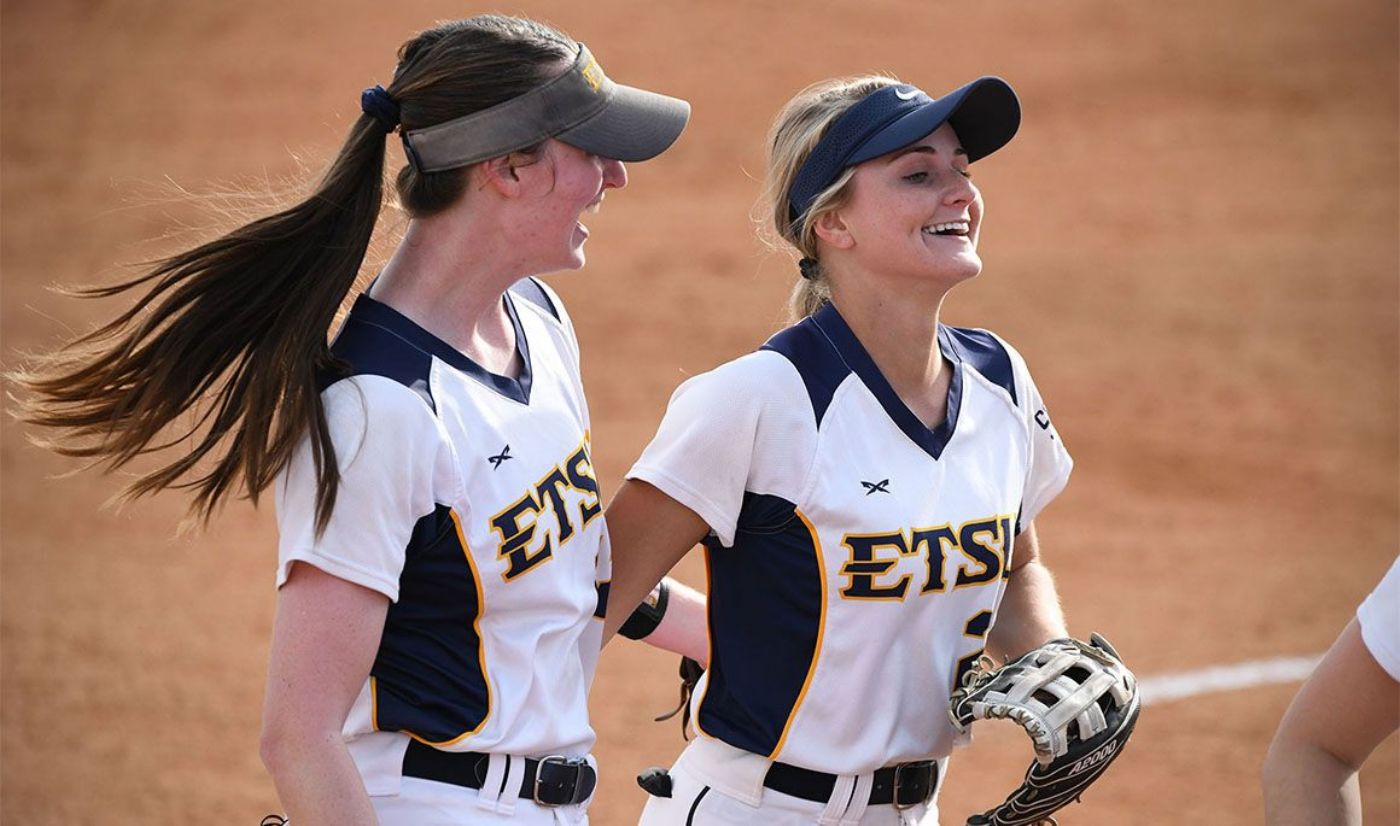 JOHNSON CITY, Tenn. (March 12, 2021) – The ETSU Softball team is set for weekend action, this time hosting its own tournament, the annual Buccaneer Classic. The Bucs enter the weekend festivities with a 5-3 overall mark and will welcome Akron (1-7) and Bradley (3-6).

Strong Arm
The Bucs are off to a 5-3 start to begin the campaign and they have received a big boost from senior righty, Kelly Schmidt (Norcross, Ga.). Schmidt is 3-1 on the season with a 1.29 ERA, having tallied two complete-game shutouts. The senior pitcher leads the conference with her 1.29 ERA, while also pacing the league in opposing batting average, .189.

Keep Rolling
Alana Collins (Greeneville, Tenn.) has hit the ground running to begin her career as a Buccaneer. The Lipscomb transfer is second on the squad in batting with a .357 ERA and has recorded at least one hit in each of the first eight games this season. Collins has a team-high 10 hits with two RBIs and two runs scored.

Series History
The Bucs are 3-3-1 all-time when facing the Zips, having most recently tied Akron by the score of 6-6 on Feb. 10, 2019. This will be the first time that either team has faced each other on their own diamond as the Bucs and Zips have only faced one another on neutral grounds.

The Bucs will also take on the Braves of Bradley where ETSU is 0-2 all-time against the visiting squad. The last time these two teams met was in a neutral tournament on March 8-9, 2002. The Braves outscored the Bucs 17-1 in the two games.

Zipping Akron
The Zips are 1-7 on the season with the lone win coming on Friday, Feb. 26 against Delaware State. Akron lost the first game of the doubleheader before rebounding to win 3-0 in game two. Since then, Akron has dropped six consecutive games, being outscored 46-20. All eight contests have been on the road as the Zips have yet to host a home softball contest.

Despite the slow start, Molly McChesney is scorching at the plate with a .458 batting average, recording 11 hits in 24 at bats. McChesney also leads the team in runs scored with six. As a team, Akron is batting .226 with two long balls and 19 runs batted in.

Battling the Braves
Bradley is 3-6 heading into the Buccaneer Classic, having won its most recent outing against DePaul by the score of 2-1. The Braves split the Monday doubleheader with the Blue Demons, dropping game one by the final of 4-1. All three of Bradley’s wins have come in Peoria, Ill., holding an 0-3 record away from its home turf.

Camryn Monteer leads the way in batting for the Braves with a .471 clip (8-of-17). Monteer’s eight hits leads the way for Bradley, while Vicki Zaluske is second on the squad with seven hits and a .304 average.

Taise Thompson is the go-to pitcher in the circle, posting a team-best 2.15 ERA in 13.0 innings pitched. Thompson has yet to record a decision on the season, appearing in five of the nine games in relief. Thompson leads the Braves in strikeouts in the circle with 13.