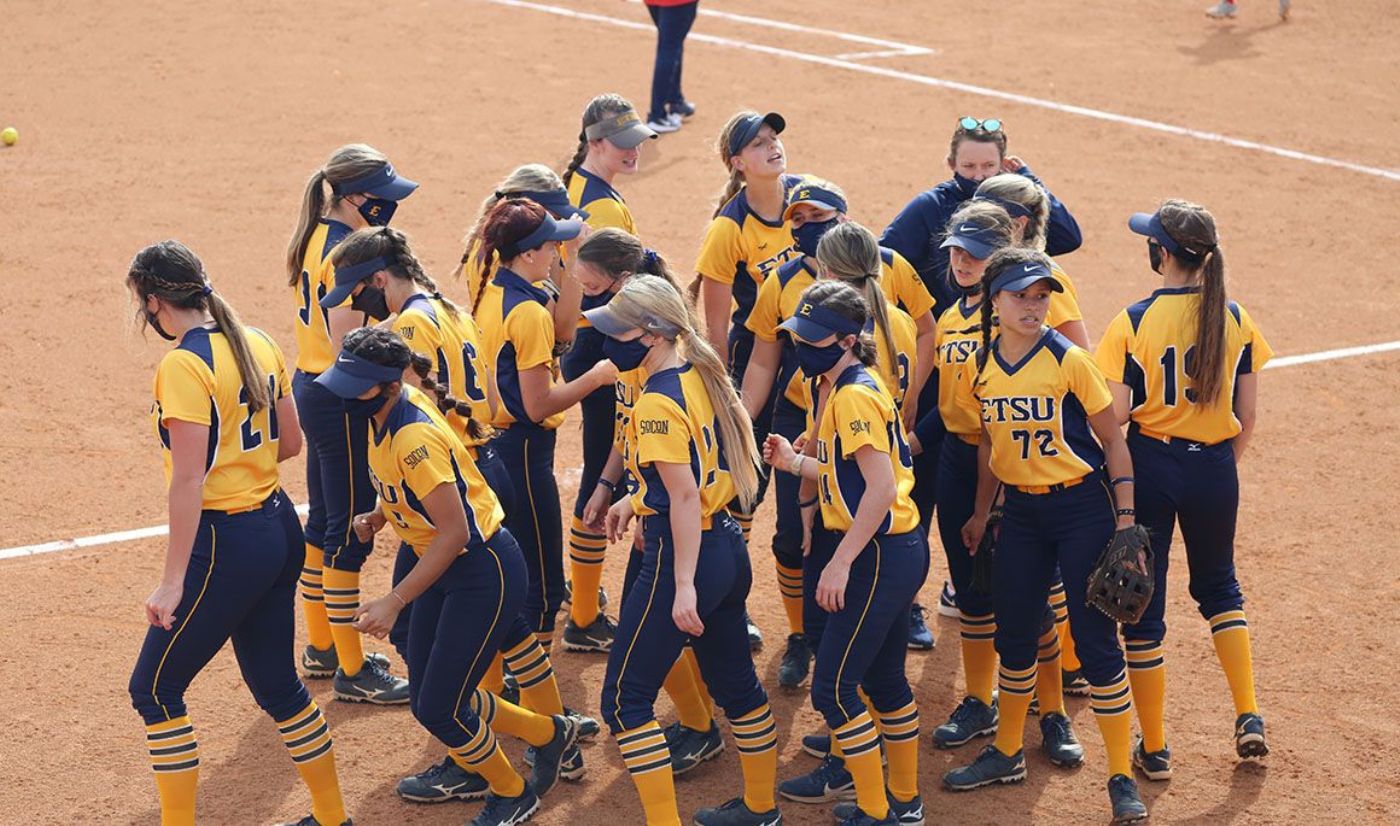 JOHNSON CITY, Tenn. (March 23, 2021) – The ETSU Softball team will play its final home non-conference doubleheader on Wednesday, March 24 as the Bucs play host to USC Upstate. First pitch between the Bucs (10-6) and Spartans (16-4) at Betty Basler Field will commence at 3 p.m.

She Did it Again
ETSU has been led in the circle by Kelly Schmidt (Norcross, Ga.) who is fresh off her second consecutive Southern Conference Pitcher of the Week award. Schmidt earned the nod after finishing 2-0 in last week’s action, posting a 0.58 ERA and striking out 11 batters in 12.0 innings of work. On the season, the senior righty holds a 6-2 overall record with a 1.17 ERA in 47.2 innings of work. Schmidt also leads the team in strikeouts (38), while holding opposing hitters to a .193 batting average.

Coming on Strong
The Bucs have five batters hitting .300-or-better, including freshman phenom Lilly Holston (Powell, Tenn.) who is pacing the team with a .486 average in 13 games played. Holston is second on the team with 17 hits, only behind Julia Fritz (Glen Allen, Va.) who has 18. The Tennessee native leads the team in RBIs with 13, while also leading the squad in runs scored with 10.

Series History
The Bucs are 5-20 all-time when facing the Spartans, including 1-1 this season. The two squads split a pair of games at the Wings ETC. Classic in Spartanburg, S.C. with ETSU claiming the last game in the series by the final of 5-3. ETSU’s two-run victory was the first triumph over the Spartans since April 24, 2013. The Spartans are responsible for one of Schmidt’s two losses as the Georgia native surrendered four runs (three earned) in five innings of work.

Scouting Sparty
The Spartans enter the doubleheader with a 16-4 overall mark, having won their last eight games. USC Upstate is 11-1 at home this season but 3-3 on the road. During the eight-game win streak, the Spartans are outscoring their opponents, 57-17.

USC Upstate is batting .303 as a unit, led by Bre Cooper with a .368 average behind 21 hits and nine RBIs. Peyton Darnell paces the team in long balls with six, while also notching a team-high 23 runs batted in. In the circle, the Spartans are led by Mallie Brown and Savannah Brown. Mallie Brown holds an 8-2 record with a 2.18 ERA in 61.0 innings of work, while Savannah Brown is 5-2 with a 2.73 ERA in 48.2 innings of play.