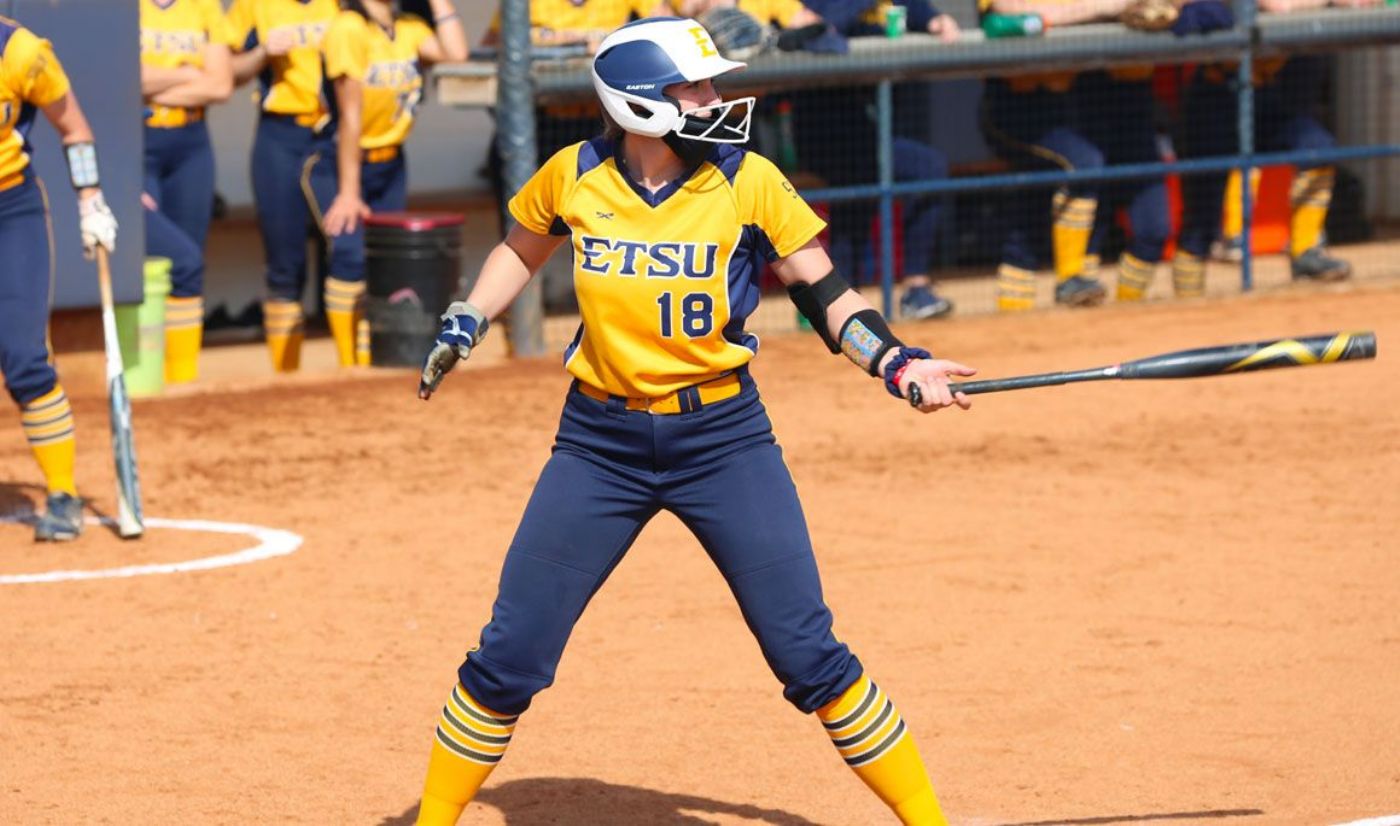 Despite taking a two-run lead into the bottom of the sixth inning, the ETSU softball team was unable to hang on, as the Spartans plated two runs in the sixth and pushed across the game-winning run in the bottom of the ninth to take the conference opener, 4-3.

The Spartans struck first with a one out solo home run by Maycin Brown in the bottom of the first, but after ETSU got out of trouble in the bottom of the second, the Bucs responded with three runs on three hits in the top of the third to take a 3-1 lead. Lauren Lee (Cleveland, Tenn.)  and Kasidy Dunn (Friendsville, Tenn.) both led off with back-to-back walks, and after Alana Collins (Greeneville, Tenn.) broke-up the no-hitter with a single to right, ETSU had the bases loaded with only one out. From there, Lilly Holston (Powell, Tenn.) plated the first run as her single to left scored Lee, while Nikki Grupp (Jacksonville, Fla.) followed with a two-run scoring double down the left field line, giving ETSU a two-run advantage.

Unfortunately, that was the only scoring by the Buccaneers and UNCG rallied back for the win.

Despite not having a hit between the third and fifth innings, the Spartans were able to mount a comeback. The Spartans pulled even at 3-3 on a two-run homer by Hannah Kincer in the bottom of the sixth, and Samantha Lagrama’s two-out opposite field single to right in the ninth inning plated Makenna Matthijs – who led off with a single to left – for the game-winning run.

Stat of the Game
Both teams combined to leave 19 runners stranded (nine by ETSU), while also combining for 12 walks (five by the Bucs).

Notables
» The Bucs were held to only four hits as their top four batters all accounted for the base knocks – Julia Fritz, Alana Collins, Lilly Holston and Nikki Grupp.

» Kelly Schmidt (Norcross, Ga.) got the start and picked up a no-decision after allowing two runs on three hits with five walks (four strikeouts) in five-plus innings of work.
» Julia Fritz, who suffered her first loss of the season, surrendered the game-tying home run in the sixth, but then held UNCG scoreless until issuing the game-winning hit in the ninth. Fritz was charged with two runs on three hits in 3.2 innings of relief.

» Three of UNCG’s runs were scored via the longball as Brown and Kincer accounted for the home runs.

Game 2: UNCG 4, ETSU 3
ETSU jumped out to a 3-0 lead in the top of the first inning before UNCG rallied with four unanswered runs, thanks to a three-run third, as the Spartans captured the nightcap, 4-3.

Kylie Toler (Bradenton, Fla.) delivered the clutch two-out hit in the top of the first inning when her double split the gap in right-center to clear the bases, putting ETSU on top, 3-0.

Just like game one, the Bucs only had one big inning and couldn’t muster up more offense as they left 11 runners stranded on the bases.

UNCG got on the board in the bottom half of the first when Jasmine Palmer cleared the wall in right-center, while the longball came back into play two innings later. After the first two Spartan hitters reached to start the bottom of the third, Makenna Matthijs homered to left, giving UNCG a 4-3 lead.

The Bucs battled and had chances, however, they couldn’t generate the timely hit.

ETSU left two runners stranded in the fourth and had the bases loaded in the fifth and sixth innings, but UNCG’s pitchers kept working out of jams.

Then, in the top of the seventh, the Bucs had the tying run on first when Faith Adams (Henrico, Va.) drilled one to left, but UNCG’s leftfielder hustled to the line, making the game-saving catch to end the doubleheader.

Stat of the Game
ETSU left 11 runners stranded, while going 1-for-10 with runners in scoring position and 2-for-16 with runners on base.

Notables
» The Bucs out-hit UNCG, 6-5, with Alana Collins and Kylie Toler both having two-hit games. Toler accounted for all three runs with her first-inning double.
» Allison Farr (Knoxville, Tenn.) tossed four innings of one-hit ball with five strikeouts in relief.
» Lilly Holston and Nikki Grupp both reached base twice via the walk as ETSU walked six times as a team.
» Alina Varga earned the win after allowing three runs on five hits in 5.2 innings of work. Varga also walked six and struck out five.

Up Next
ETSU and UNCG will complete the series on Saturday starting at noon from the UNCG Softball Stadium.