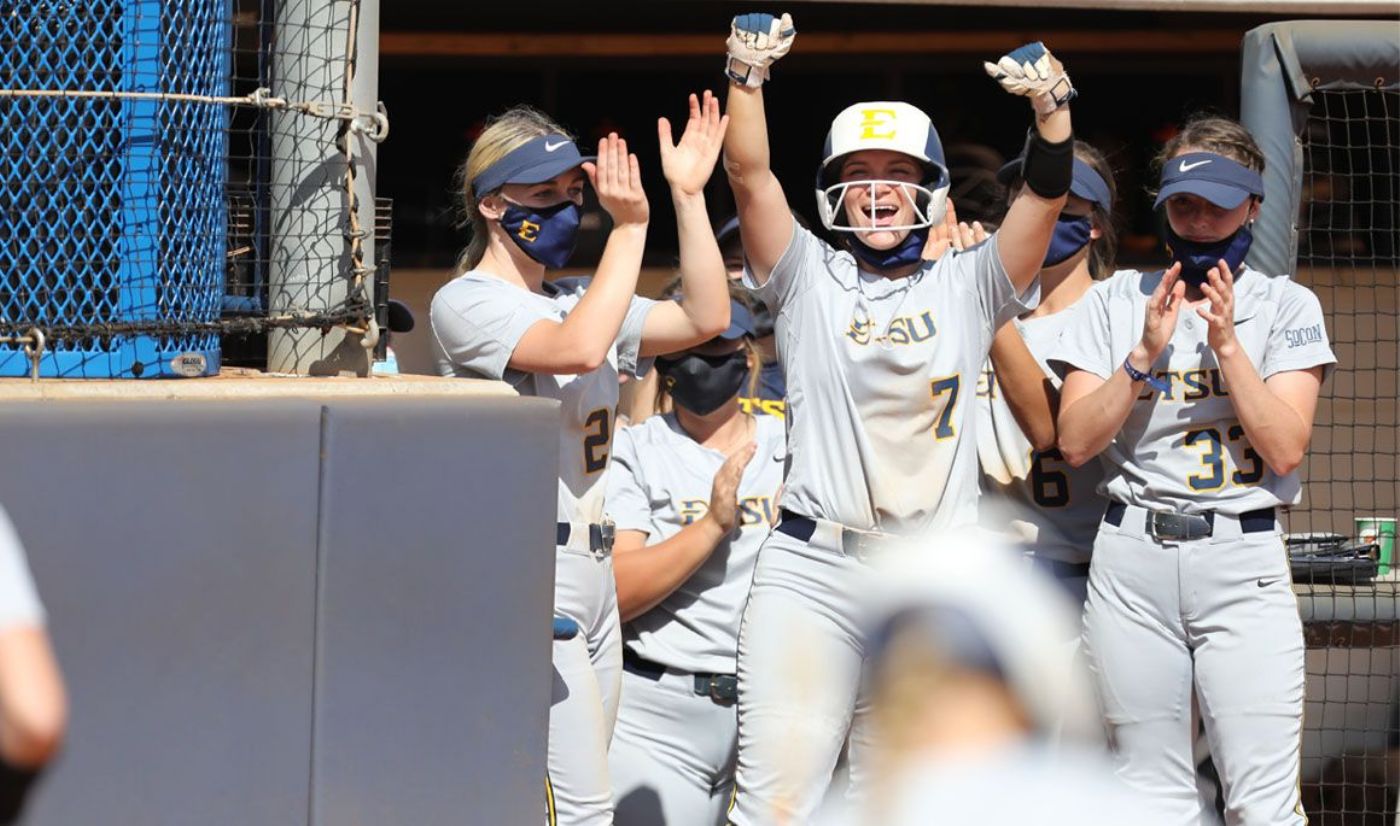 The Bucs scored six first-inning runs and got another solid performance from Kelly Schmidt (Norcross, Ga.) in the circle en route to cruising to a 7-2 win over UNCG.

ETSU hit around in the top of the first inning and tattooed a pair of UNCG hurlers for six runs on five hits to go up, 6-0. The first six batters reached to start the game with Nikki Grupp (Jacksonville, Fla.) plating the first runs with a two-run scoring single to center, while Lili Bowen (Charlotte, N.C.) and Kylie Toler (Bradenton, Fla.) followed with RBI hits. Bowen brought in Lilly Holston (Powell, Tenn.) – who worked a four-pitch walk earlier – on a single up the middle and Toler doubled to right-center, bringing home Grupp. Bowen later scored on a passed ball and Julia Fritz’s (Glen Allen, Va.) second hit of the inning plated Toler, giving Schmidt a six-run cushion.

Schmidt held the Spartans scoreless for the first three innings and UNCG finally broke through with fielder’s choice RBI in the bottom of the fourth, but ETSU got the run back an inning later. Toler reached via an error by the UNCG shortstop to start the inning and she finally came home on a fielder’s choice RBI ground out by Kasidy Dunn (Friendsville, Tenn.), making it a 7-1 score.

With the game in hand, UNCG scratched across its final run on a two-out double in the bottom of the seventh, but Schmidt forced Jasmine Palmer into a game-ending liner to second to secure the five-run road win.

» Nikki Grupp extended her on-base streak to seven straight games and has now driven in runs five times during this stretch … Grupp went 1-for-3 with two RBI and a walk.
» Julia Fritz has now recorded at least one hit in eight of her last 10 games, while posting her eighth multi-hit game of the season.

» Kelly Schmidt registered her seventh win of the year after allowing two runs on five hits in the complete game effort … Schmidt struck out six and walked four.

» ETSU only struck out once in 31 at-bats on Saturday.

» Hannah Stiltner got the start in the circle and suffered the loss (2-3) as she did not record an out … Stiltner was tagged for five runs (three earned) on three hits with one walk … Alina Varga – who earned the game two win on Friday – allowed two runs on five hits in seven innings of work.

Up Next
ETSU returns home to host Chattanooga in a three-game series starting Friday at 4 p.m.