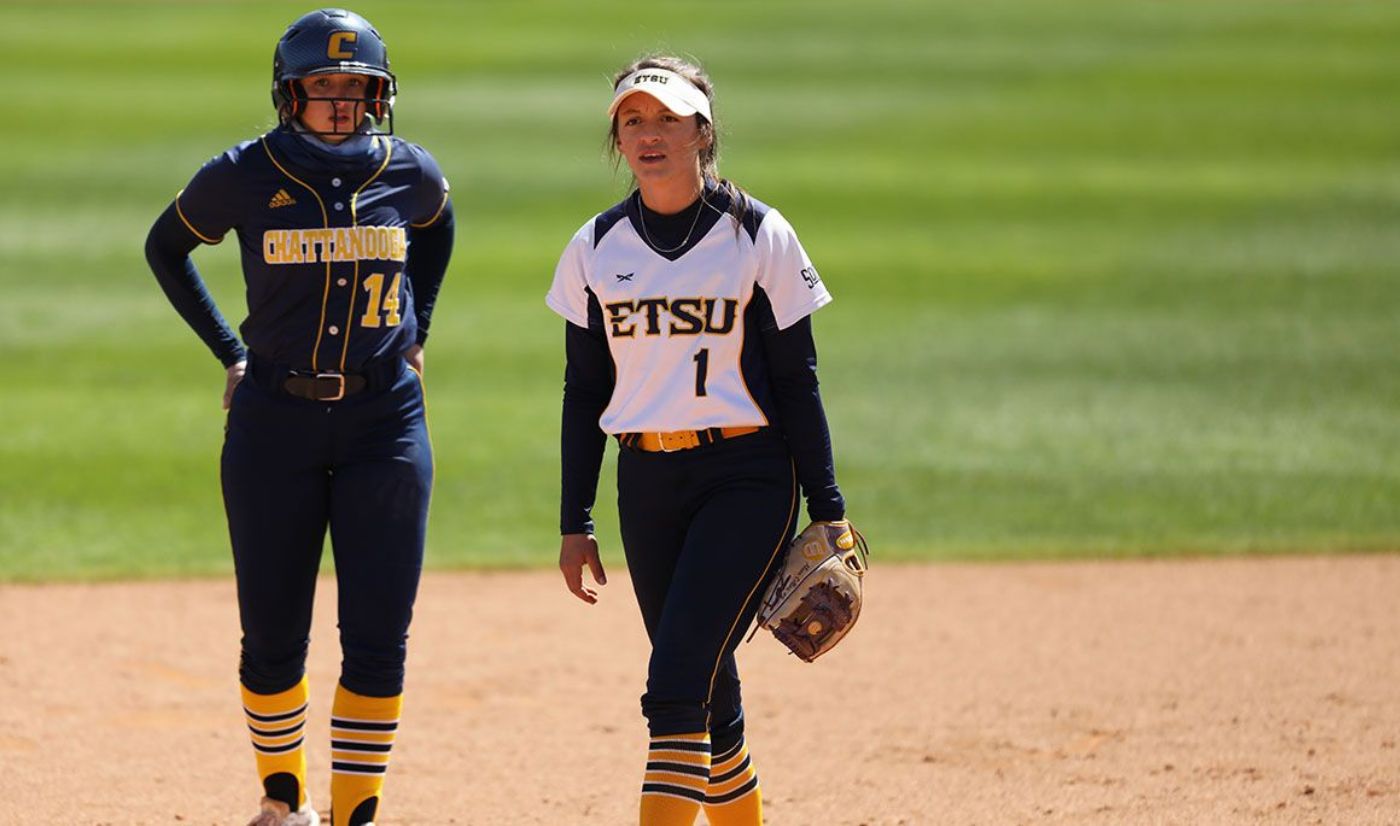 CULLOWHEE, N.C. (April 11, 2021) – The ETSU Softball team could not overcome a slow offensive weekend, dropping yet another three-game Southern Conference series. This time it was the Western Carolina Catamounts who handed the Bucs the three-game sweep. With the losses, ETSU drops to 13-14 on the season and 1-8 in league action.

Game 1: Western Carolina 8, ETSU 0 (six innings)
ETSU dropped game one by the final of 8-0, mustering only two hits in the process. The Catamounts scored five runs in the second inning to set the tone, later taking a 7-0 lead before the game was called due to weather. Game one was picked up on Sunday afternoon with WCU cruising to the eight-run win.

Game 2: Western Carolina 6, ETSU 1
It was much of the same in game two of the series with the Bucs putting together just one run on seven hits. The Catamounts struck first in the opening inning and added five more runs over the next five frames. ETSU’s lone run was a solo blast by Lili Bowen (Charlotte, N.C.).

Notables
» Schmidt dropped her second game of the series, yielding six runs (three earned), striking out three batters in 6.0 innings.
» Bowen finished the game 3-for-3 at the plate, the lone bright spot for the Bucs in game two.

Game 3: Western Carolina 5, ETSU 3
ETSU failed to salvage the final game of the series, despite jumping out to an early 3-0 lead. The Bucs scored all three of their runs in the second inning, beginning with a solo homer off the bat of Kylie Toler (Bradenton, Fla.). Warren and Julia Fritz (Glen Allen, Va.) added the final two runs for ETSU.

Western Carolina trimmed into the ETSU advantage with two runs in the fourth inning, before jumping ahead with a go-ahead double in the sixth inning. The Catamounts used the three-run sixth inning to catapult themselves into the sweep.

Notables
» Allison Farr (Knoxville, Tenn.) started in the circle for ETSU, allowing three earned runs on six hits in 5.1 innings, meanwhile striking out four batters.
» Making her second start of the season, Saxon Radcliffe (Glen Allen, Va.) recorded her first collegiate hit, finishing with a perfect 3-of-3 mark at the plate.
» With the losses, ETSU drops to 22-13 all-time against the Catamounts and 9-8 when taking on Western Carolina in Cullowhee.
» The loss ends a seven-game winning streak against WCU, marking the first time the Catamounts have swept ETSU in a three-game series.

Up Next
ETSU returns to play on Saturday, April 17 when the Bucs welcome the Furman Paladins into town to begin the three-game series.