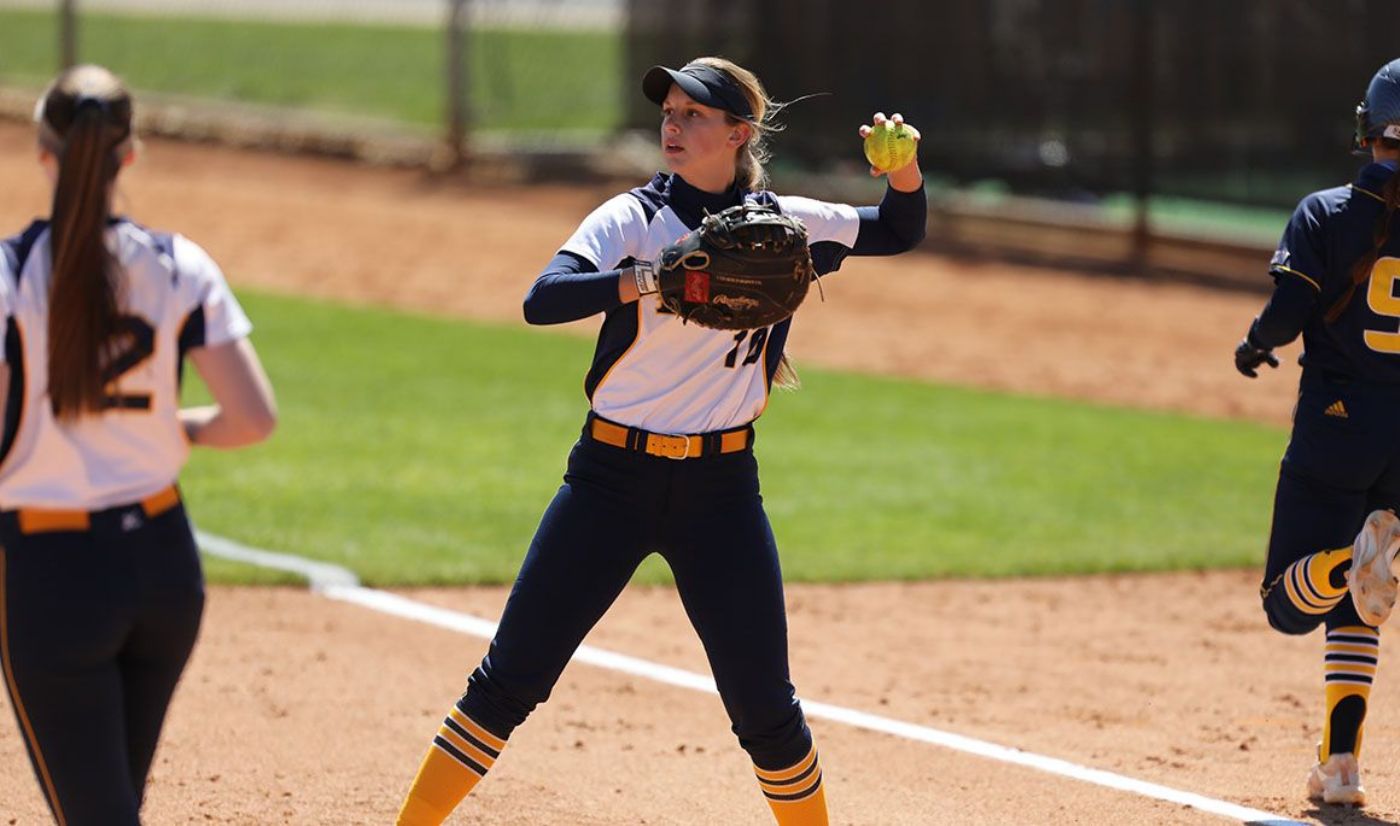 ETSU unable to get off skid

JOHNSON CITY, Tenn. (April 17, 2021) – The slide continues for the ETSU Softball team as the Bucs dropped two more games on Saturday, this time falling in a doubleheader to Furman at Betty Basler Field. With the losses, the Bucs fall to 13-16 (1-10 SoCon) on the year, running the losing streak to eight games.

Furman tied the game in the top half of the fourth frame as Mackense Greico belted a solo shot to right center to put the momentum in favor of the visiting squad.

Neither team could score the go-ahead run in regular time, sending the game into extra innings for the third time this season. The Paladins scored three runs in the top half of the eighth inning to run away with game one as the Bucs were unable to plate the game-tying run.

Notables
» Kelly Schmidt (Norcross, Ga.) dropped to 7-6 on the year, throwing 8.0 innings of work with four runs allowed and five strikeouts.
» Five different Buccaneers picked up a hit in game one, while ETSU left eight on base.
» Kasidy Dunn (Friendsville, Tenn.) worked the count in game one, facing 34 pitches in three at bats…Tufts threw 34 of her 117 pitches to Dunn alone.
» With the loss, ETSU drops to 1-3 on the season in extra-inning games.

Game 2: Furman 4, ETSU 0
The Paladins scored three runs in the opening inning, including another bomb by Greico for the 3-0 lead. Furman tacked on one more run in the second frame to extend its lead to 4-0. The Bucs were unable to plate any runs, falling by the count of 4-0.

Notables
» Allison Farr (Knoxville, Tenn.) started in the circle for the Bucs, allowing four runs on 1.2 innings of action…Taylor Boling (Jasper, Ga.) ended the game for ETSU, allowing just two hits and no runs in 5.1 innings.
» Three different Bucs accounted for the three ETSU hits in the game two loss.
» With the pair of losses, ETSU falls to 28-21 all-time against the Paladins, including 12-12 in Johnson City.

Up Next
ETSU will close out the three-game series against Furman on Sunday with a single game at 1 p.m. at Betty Basler Field.