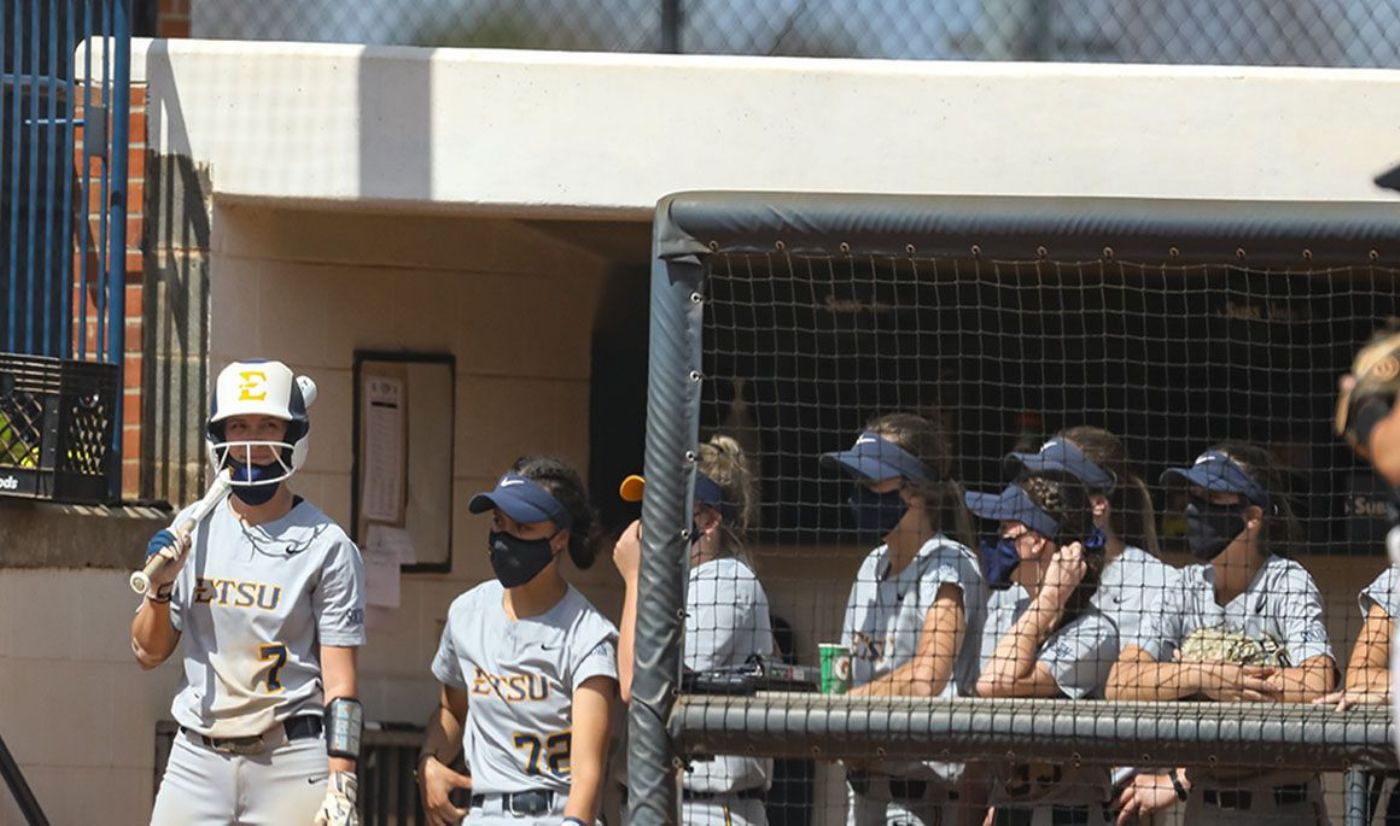 Bucs take on Bulldogs in Birmingham

BIRMINGHAM, Ala. (April 30, 2021) – The ETSU Softball team will close the book on the 2021 regular season this weekend, capping off the season with a three-game series at Samford beginning tomorrow at 2 p.m. (ET).

About the Bucs
The Bucs put their 12-game losing skid to rest the last time out, defeating Mercer by the final score of 5-3 on Friday, April 23. Lilly Holston (Powell, Tenn.) continues to lead the Bucs with a .368 batting average behind 32 base knocks. Julia Fritz (Glen Allen, Va.) is just under the .300 average for the season, hitting .294 on the year with 32 hits and 16 runs batted in.

Better than the Numbers
Senior pitcher Kelly Schmidt has had a rough go of late, or so the record says. Schmidt is 0-7 in her last eight appearances with a no-decision mixed in. Schmidt was once a potential front runner for Southern Conference Pitcher of the Year at 7-2 and has since dropped to 7-9 with six consecutive losses in her last six starts. The Georgia native still boasts a strong ERA of 2.28. In her last eight appearances, Schmidt has an ERA of 3.50, while the Bucs have only scored 10 runs to support the right-handed hurler. Three of her last appearances in the circle have been decided by one run.

Series History
The Bucs are 5-12 all-time when taking on the Bulldogs. The all-time series began when ETSU made the jump back into the Southern Conference with the two squads meeting for the first time in 2015. ETSU is 1-8 all-time against Samford when facing off in Birmingham, Ala. with the lone victory being a 6-1 triumph on April 9, 2017.

Squaring up with Samford
Like the Bucs, the Bulldogs are currently outside looking in on the newly-formatted SoCon playoffs. Samford is currently 15-24 on the season and 4-8 in league play. The Bulldogs have dropped three consecutive battles, including a three-game series against UNCG this previous weekend in Greensboro, N.C.

Ryan Brzozoski leads the team in hitting with a .343 average, followed by Amanda Briskin with a .342 clip. Timberlyn Shurbutt paces the squad in total hits with 39, while averaging .317 at the dish. Shurbutt also sits second on the squad in long balls with six, just one shy of teammate Whitney Hinton who has blasted seven on the year.

The Bulldogs have mixed things up in the circle this season with three different starters posting numbers below the 4.00 ERA range. Emily Barnett holds the best record with a 7-8 mark and a 3.21 ERA in 91.2 innings of work. Taylor DeCelles has logged the most innings at 98.1, recording a 3.77 ERA on the campaign.