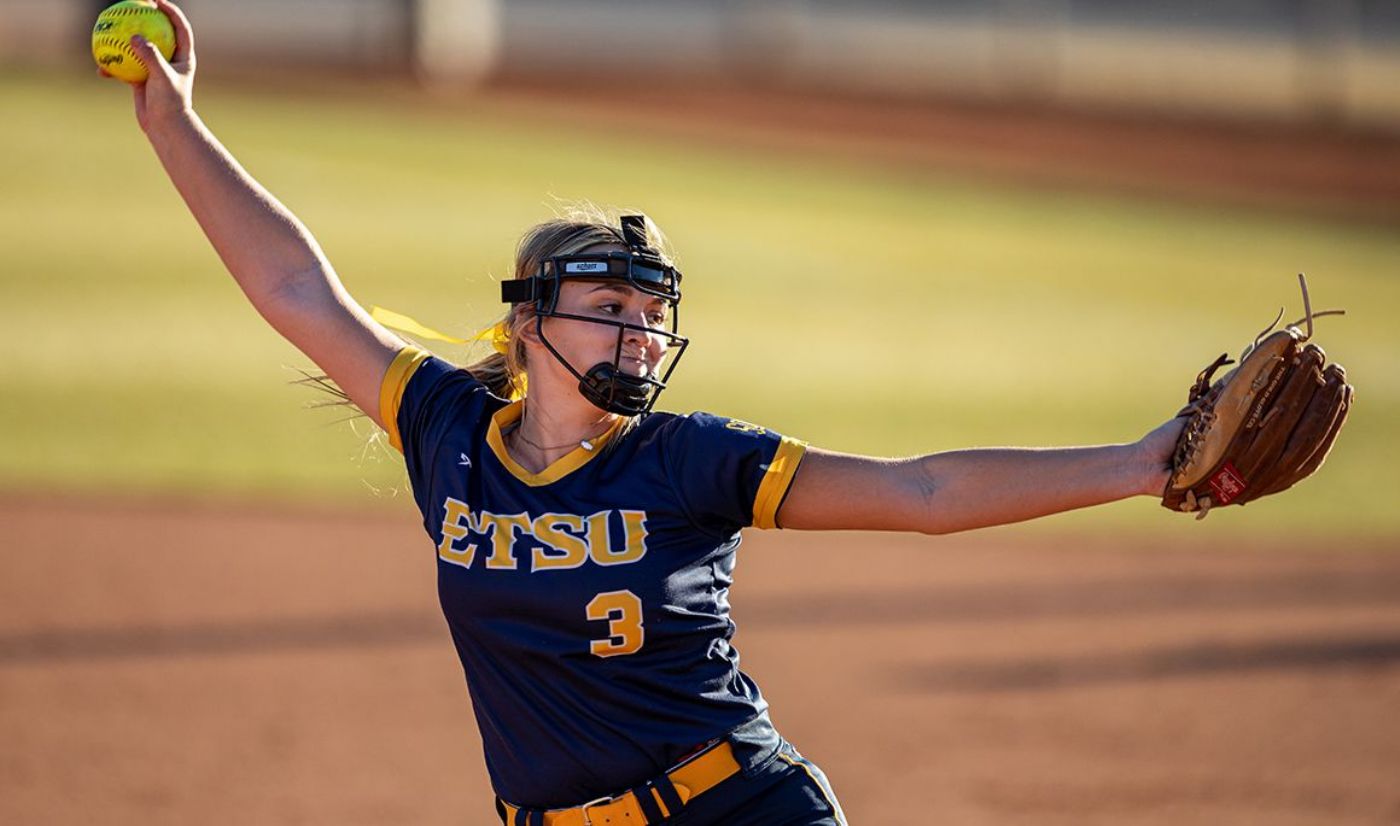 BIRMINGHAM, Ala. (May 1, 2021) – In a day with little offense and dominating pitching, the ETSU Softball team came away with a doubleheader split with Samford. The Bucs dropped game one by the final of 1-0 before rebounding in game two for the 2-1 win over the Bulldogs. With the split, ETSU improves to 15-21 (3-13 SoCon), while Samford improves to 16-25 (5-9 SoCon).

Stat of the Game
Despite the loss, the Bucs outhit the Bulldogs in game one by the total of 4-3.

Notables
» The Bucs were led at the plate by Alana Collins (Greeneville, Tenn.) who collected two of ETSU’s four hits.
» The loss in the circle belonged to Kelly Schmidt (Norcross, Ga.), her seventh consecutive loss…The senior righty pitched a gem however, allowing only one run on three hits and striking out two batters in six complete innings.
» The one-run loss is the fourth time in her last nine appearances that Schmidt has suffered a one-run defeat while pitching well in the circle.

Game 2: ETSU 2, Samford 0
Round two of the pitchers’ duel belonged to the good guys as ETSU outlasted the Bulldogs, 2-0. The Bucs used one swing of the bat for the two-run cushion as Kylie Toler (Bradenton, Fla.) belted her fourth long ball of the season, a two-run blast to straight away center field.

Taylor Boling (Jasper, Ga.) slammed the door shut on the Samford offense, holding the host squad off the scoreboard over the final six innings of work to preserve her fourth win of the season. Samford seemed to score in the bottom of the sixth inning but the Bulldog baserunner was called out for interference with the run being wiped off the board. Boling then set down Samford in order in the bottom of the seventh for the two-run triumph.

Stat of the Game
The roles were flipped in game two with the Bulldogs outhitting the Bucs, 4-3. However, it was ETSU with the victory thanks to Toler’s two-run bomb.

Up Next
ETSU will close out the 2021 regular season on Sunday with a single game against Samford beginning at 2 p.m. (ET).