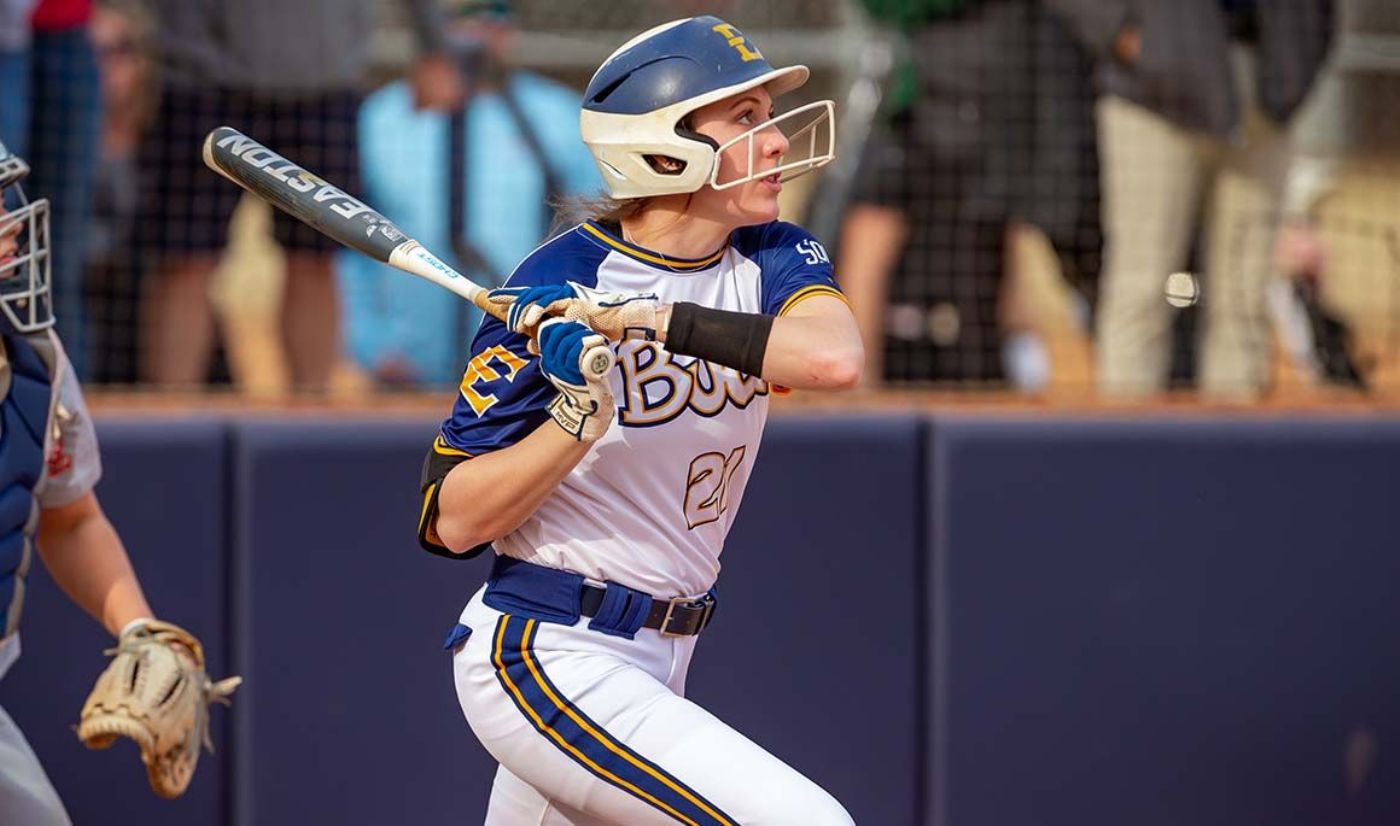 ETSU still in search of first win of the season

STATESBORO, Ga. (Feb. 12, 2022) – The ETSU Softball squad dropped a pair of neutral-site contests on Saturday in the second day of the Bash in the Boro event in Statesboro, Ga. The Bucs yielded a 9-3 defeat to Radford before closing the day out with a 9-1 loss against Binghamton. With the pair of losses, ETSU drops to 0-3 on the young season.

Game 1: Radford 9, ETSU 3
Radford wasted no time in jumping ahead as the Highlanders’ Taylor Bredit launched a three-run blast in the top of the second inning for the 3-0 advantage. Radford would tack on to the lead with four more runs on three hits and two ETSU errors in the top of the fourth.

That was as close as the Bucs would get with Jordan Moss launching a two-run shot in the top of the seventh, capping off a perfect 4-for-4 game.

Stat of the Game
The two squads continued to hit the ball, combining for 20 hits and 12 total runs. ETSU finished the game with 10 hits but only three runs to show for it.

Notables
» ETSU freshman Riley Nayadley (Ooltewah, Tenn.) recorded her first hit of the season, finishing 3-of-4 at the dish.
» Both Riley Tucker (Mount Pleasant, N.C.) and Alana Collins (Greeneville, Tenn.) each finished with multi-hit performances with two hits apiece.
» Sara Muir (Sequatchie, Tenn.) took the loss in the circle, yielding seven runs (three earned) in four innings of work.
» Tucker finished with 2.2 innings of work in the circle and one hit allowed.
» ETSU falls to 14-22 all-time against the Highlanders.

Tucker plated the lone ETSU run in the top of the third inning, lacing an RBI single up the middle to bring home Warren from second.

Binghamton earned the run back and then more in the bottom half of the frame, scoring five runs on four hits to take the 9-1 advantage. The Bearcats spurt was highlighted by a two-run shot from Alli Richmond.

Stat of the Game
The Bucs finished the game with three total hits and three errors in five innings of play.

Notables
» Warren, Tucker and Collins picked up the three hits for the Blue & Gold, with Tucker accounting for the lone ETSU RBI.
» Warren and Collins picked up their first stolen bases of the season.
» Whitley Arnott (China Grove) started the game in the circle and surrendered eight earned runs on nine hits.
» ETSU falls to 0-1 all-time against Binghamton.

Up Next
ETSU will close out the Bash in the Boro tournament tomorrow morning with a doubleheader against Binghamton at 9 a.m. and Georgia Southern at 11:30 a.m.