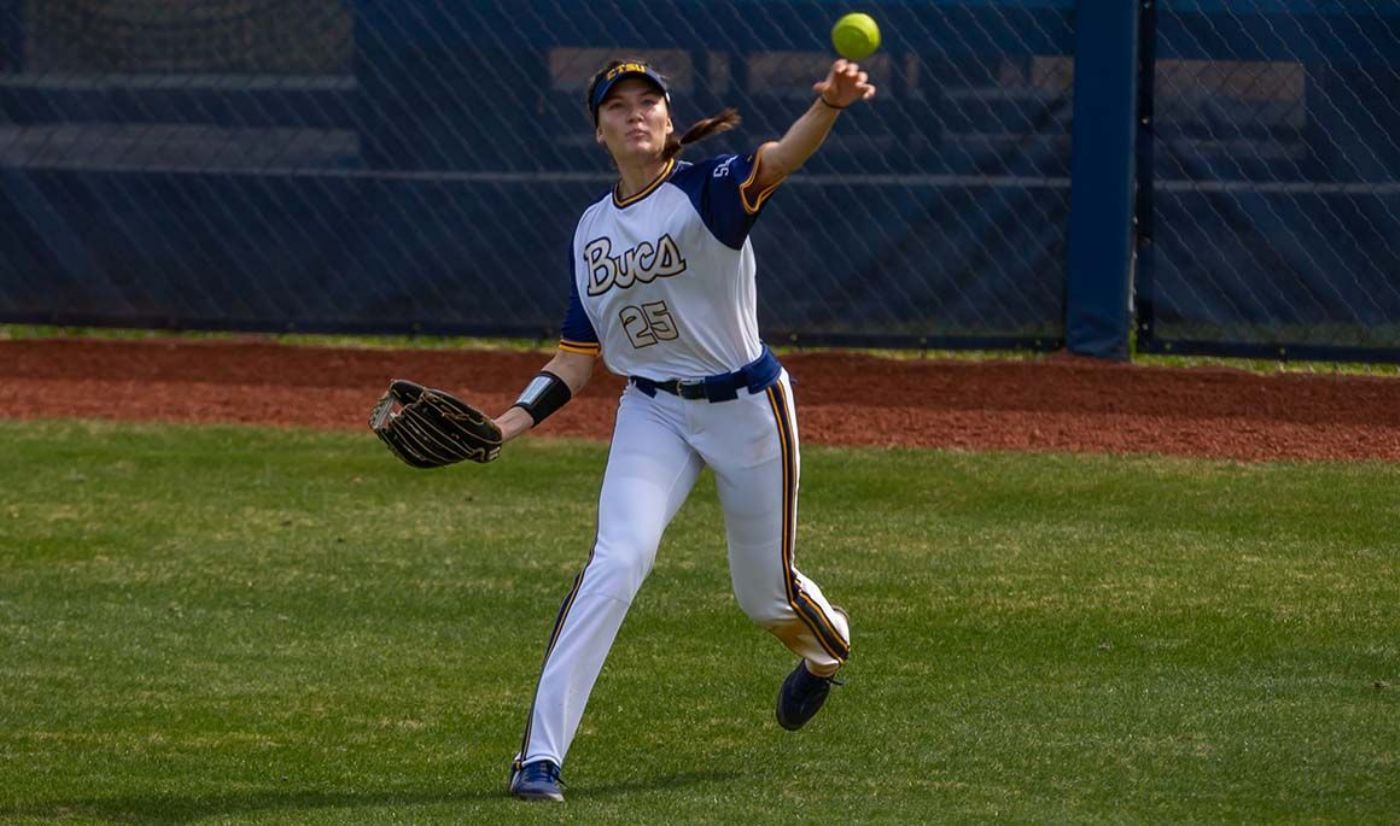 ATLANTA, Ga. (Feb. 26, 2022) – ETSU Softball dropped a tough doubleheader at Georgia Tech on Saturday, amassing five combined hits between the two games. With the pair of losses, the Bucs fall to 4-9 on the season and 0-4 in the I-75 Tournament.

Game 1: Georgia Tech 10, ETSU 0 (5 innings)
The Yellow Jackets struck quick in the second inning after a Caroline Davis solo blast for the 1-0 lead. Georgia Tech added to its lead with a bases-loaded walk, concluding the inning with a 2-0 advantage. The home squad broke the game open with seven runs in the third inning, stretching its lead to 9-0 before another solo blast by Davis sent the Yellow Jackets into double figures.

The Bucs recorded two of their three hits in the fourth inning but could not muster their first run of the game.

Notables
» All three hits were corralled by the newcomers with Riley Tucker (Mount Pleasant, N.C.), Cameron Young (Knoxville, Tenn.) and Amber Atkins (South Pittsburg, Tenn.) each recording one hit.
» ETSU’s Whitley Arnott (China Grove, N.C.) started the game in the circle, throwing 2.1 innings of work but falling to 0-3 on the year.
» ETSU dropped to 0-3 in program history against Georgia Tech.

Game 2: Georgia Tech 13, ETSU 1 (5 innings)
The second game was much of the same for the Bucs, falling behind early. The Yellow Jackets scored 13 unanswered runs, including eight in the first two innings.

Notables
» Game two featured two hits, both by Kelly Warren (Mechanicsville, Va.).
» The loss in the circle belonged to Taylor Boling (Jasper, Ga.) after surrendering five runs in 0.2 inning of work.
» Following the second loss to the Yellow Jackets, ETSU falls to 0-4 all-time against Georgia Tech.

Up Next
The Blue & Gold were scheduled to take on Kennesaw State in the closing day of the I-75 Tournament, but the game has been cancelled due to inclement weather and playing field conditions. ETSU will now return to action on Tuesday at Presbyterian at 1 p.m.