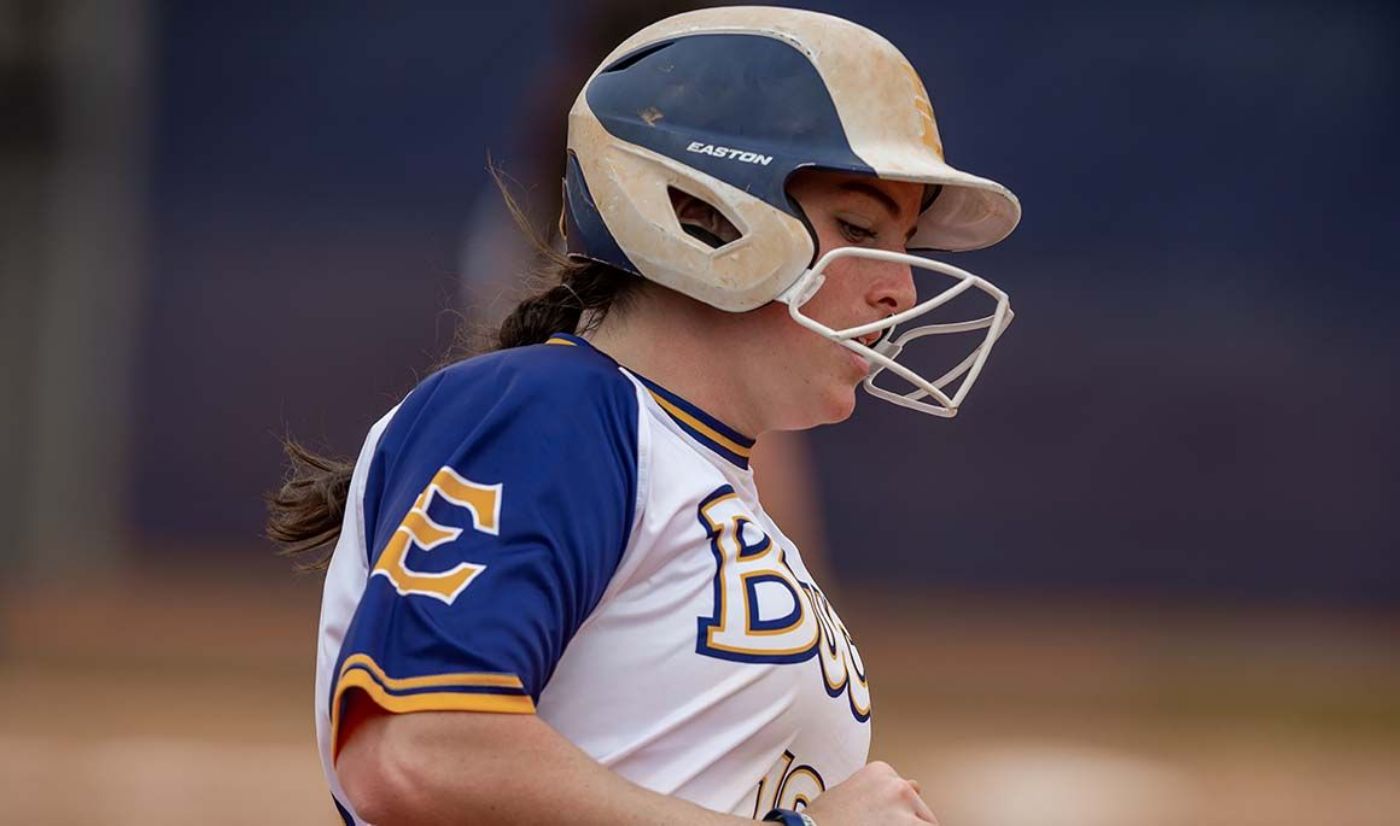 CLINTON, S.C. (March 1, 2022) – ETSU Softball saw a victory snatched from its clutches on Tuesday afternoon, dropping a 4-3 decision to Presbyterian in game two, immediately following a 5-0 loss to the Blue Hose. Both games were played at PC Softball Complex in Clinton, S.C.

Game 1: Presbyterian 5, ETSU 0
Presbyterian handed ETSU a five-run defeat in the opening game of Tuesday’s doubleheader. The Blue Hose struck quick with a pair of runs in the opening inning and they did not look back, scoring five total runs on 12 hits.

Two innings later, the Bucs evened the game at 1-1 following an RBI double to left field by Bailey Turnbow (Cookeville, Tenn.), her second double of the season. ETSU pulled ahead in the top of the sixth frame with two runs, beginning with an RBI single by Cameron Young (Knoxville, Tenn.) to bring home Sarhatt from second. Two batters later Turnbow added her second RBI of the game with a sacrifice fly to center field.

ETSU needed five outs to break the five-game losing skit, however the Blue Hose would not let the Bucs leave enemy territory with a win. Jillian Hewes lifted a three-run homer in the bottom of the sixth inning, jumping back on top by one run.

ETSU put the game-tying run on second with one out in the top of the seventh, but could not bring home the tying run, settling for the one-run defeat.

Notables
» Turnbow turned in her second multi-RBI game of the season, finishing the game with one hit and two RBIs.
» Young led the Bucs in hits with two of the team’s six, her first multi-hit game of her collegiate career.
» Riley Tucker (Mount Pleasant, N.C.) logged a career high in innings pitched with 6.0, taking the loss after allowing four runs (three earned) and seven hits.
» ETSU falls to 10-11-1 all-time against Presbyterian, including 3-6-1 when playing in Clinton, S.C.

Up Next
ETSU will finally be at home on Saturday, March 5 with a three-game series against Tennessee Tech at Betty Basler Field. The series will conclude with a single-game outing on Sunday.