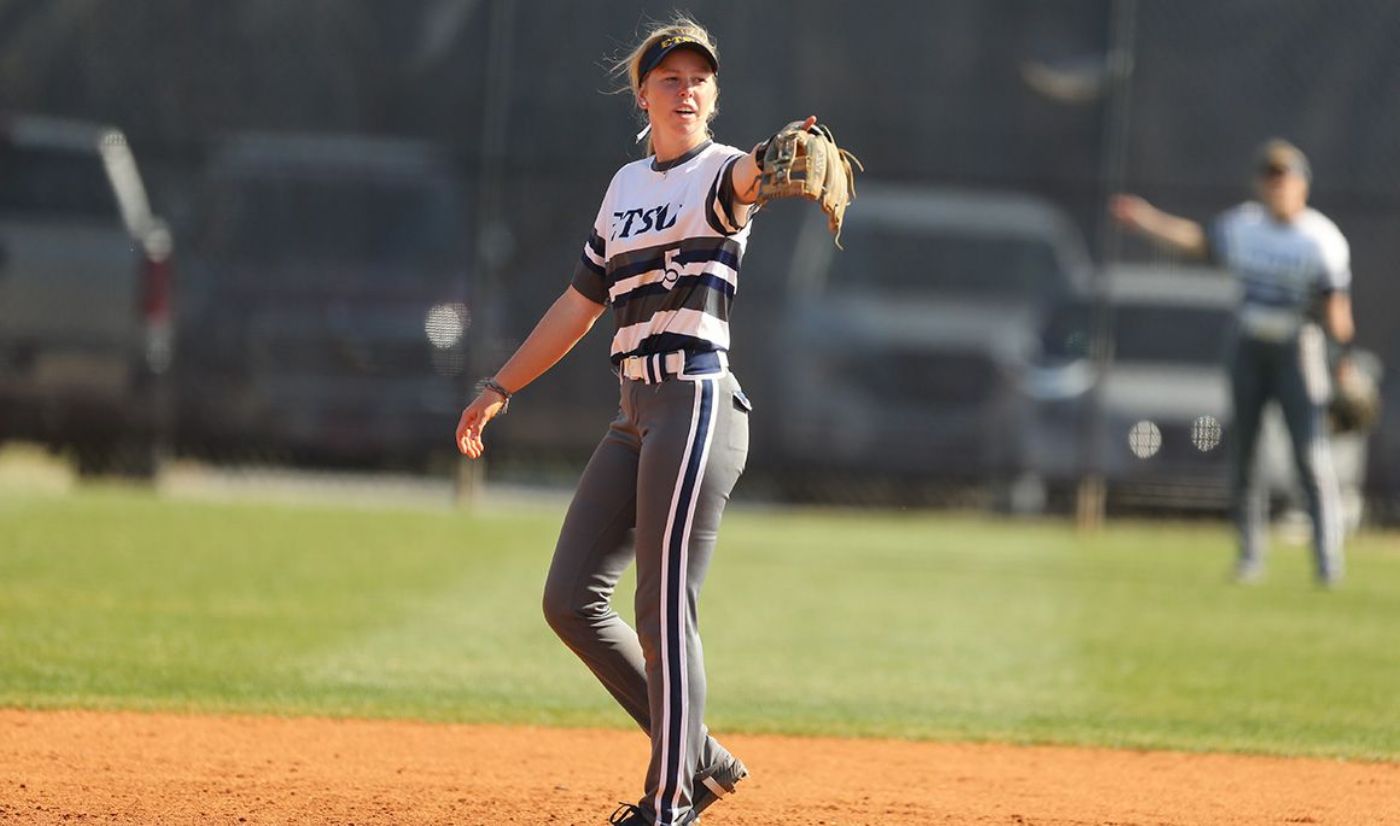 BLACKSBURG, Va. (March 9, 2022) – The offensive firepower by the sixth-ranked Virginia Tech Hokies proved too much for ETSU Softball as the Bucs dropped an 18-2 decision Wednesday afternoon in Blacksburg, Va.

Virginia Tech scored the game’s first eight runs in a span of three innings, carrying an 8-0 advantage headed into the top of the fourth.

ETSU was able to score its two runs in the top of the fourth, beginning with a bases-loaded, one-out walk drawn by Savannah Ricketts (Hixson, Tenn.). The very next at bat, Riley Tucker (Mount Pleasant, N.C.) delivered her sixth RBI of the season with an RBI ground out, bringing home Riley Nayadley (Ooltewah, Tenn.).

The Hokies immediately responded with 10 runs in the bottom half of the fourth, putting to bed any hopes of a Buccaneer upset.

Notables
» Freshmen Riley Nayadley and Cameron Young (Knoxville, Tenn.) accounted for the two base knocks for the Blue & Gold.
» It was Allison Farr (Knoxville, Tenn.) who was on the hook for the loss, concluding the game with 1.1 innings of work and five runs (four earned) allowed.
» ETSU falls to 1-17 all-time against Virginia Tech, including 0-8 in Blacksburg.

Up Next
ETSU will now turn its attention to hosting Miami (Ohio) in a doubleheader on Friday beginning at 2 p.m.