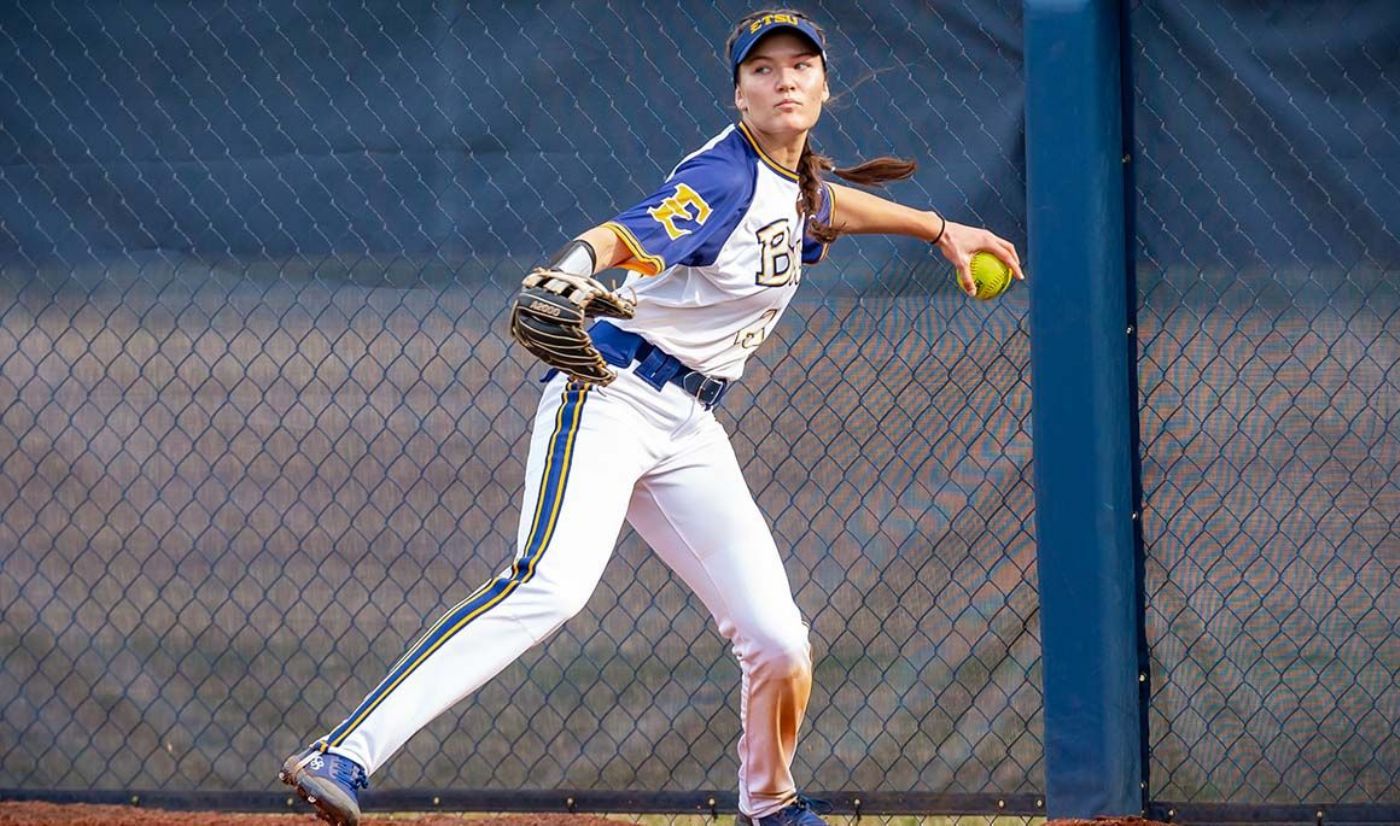 JOHNSON CITY, Tenn. (March 11, 2022) – Despite a doubleheader loss to Miami, Kelly Warren (Mechanicsville, Va.) shined as she became the all-time stolen bases leader in ETSU history with 73. With the pair of losses to the Redhawks, ETSU falls to 4-17 on the campaign.

The Bucs’ lone run came on an error in the bottom of the fourth inning. Andrea Sarhatt (Knoxville, Tenn.) and Riley Nayadley (Ooltewah, Tenn.) executed a double steal and the Miami catcher launched the ball into the outfield, allowing Sarhatt to score on the play.

The Redhawks added two more runs in the seventh inning to put the game away, 7-1.

Notables
» Riley Tucker (Mount Pleasant, N.C.) led the way with two of the four hits for the Bucs.
» ETSU struck out 10 times in the loss, the second-most strikeouts this season.
» Allison Farr (Knoxville, Tenn.) fell to 2-4 in the loss, allowing five runs in 4.0 innings of play.
» ETSU drops to 0-3 all-time against Miami.

Game 2: Miami 8, ETSU 1
The second game started exactly like the first one with a solo blast from Cummins for the 1-0 lead in the first inning. Kobayashi added to the lead with a two-run homer two batters later.

The Bucs’ lone run appeared in the second inning with Cameron Young (Knoxville, Tenn.) scoring on a wild pitch.

Miami added five more runs, thanks in large part to three more long balls to push the lead to 8-1 for the Redhawks.

Notables
» The highlight of the game for ETSU appeared in the bottom of the third inning with Warren swiping two bags, becoming ETSU’s all-time leader in career stolen bases with 73.
» ETSU was outhit 11-3 in game two, with five of the hits being home runs.
» ETSU finishes the weekend falling to 0-4 all-time against Miami.

Up Next
ETSU is back in action on Wednesday with a doubleheader at Appalachian State beginning at 4 p.m.