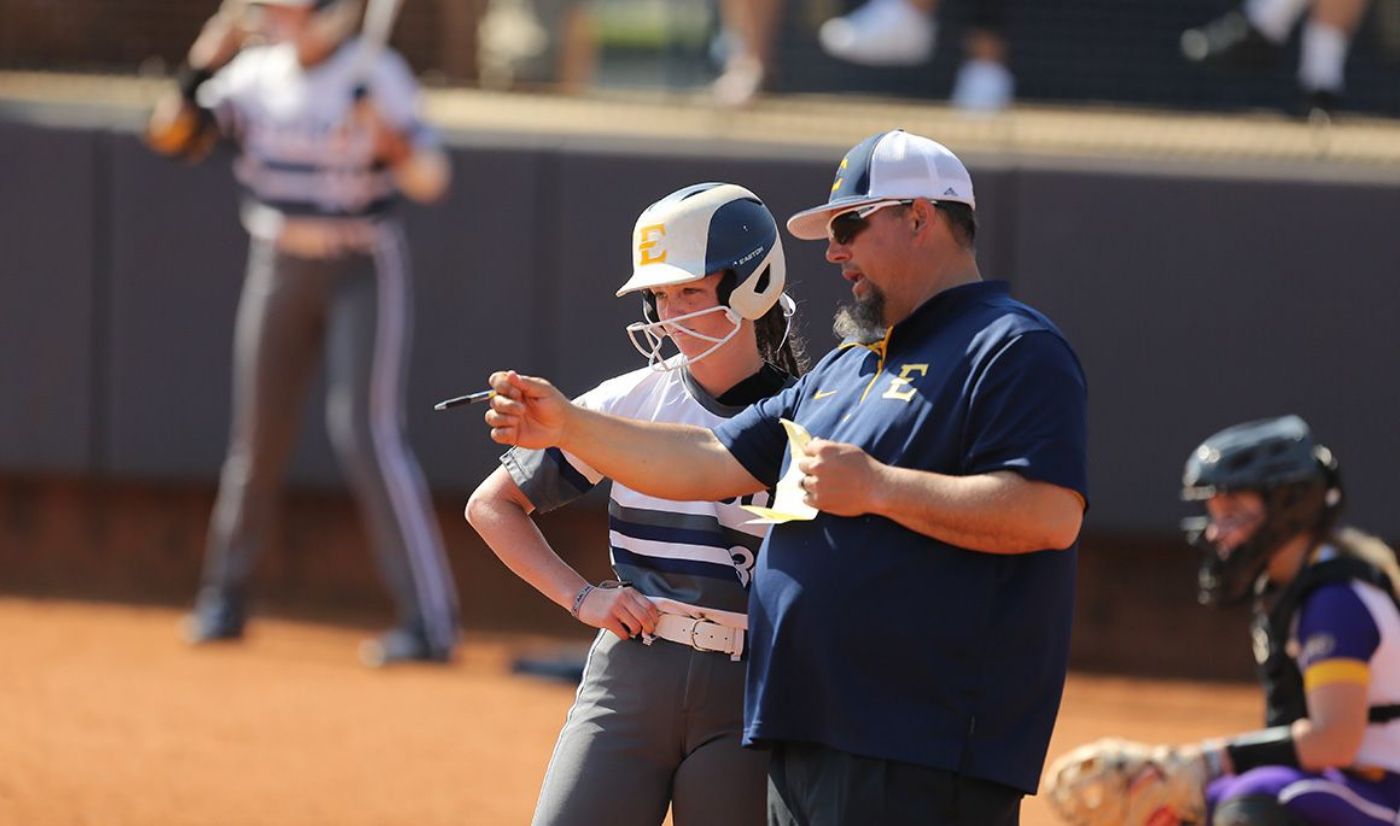 BOONE, N.C. (March 15, 2022) – ETSU Softball will travel to Boone, N.C. for a midweek doubleheader against Appalachian State on Wednesday beginning at 4 p.m.

About the Bucs
The Bucs are coming off a pair of home losses to Miami over the weekend, falling to 4-17 on the season. ETSU has hit a skid of 12 consecutive losses but has the chance to right the ship against the Mountaineers tomorrow. Both Kelly Warren (Mechanicsville, Va.) and Riley Tucker (Mount Pleasant, N.C.) are hitting over .300 with Warren leading the way with a .377 mark. The Virginia native has a team-high 23 hits and has scored 12 runs on the year. In addition, the now ETSU record holder for career stolen bases (73) has swiped 13-of-17 bags this season. Tucker is second on the team in hits with 17 and holds a .304 mark. The Catawba College transfer also leads the team in ERA with a 4.55 clip through 32.1 innings of play.

Series History
ETSU is 24-17 all-time against the Mountaineers with much of that success coming early in program history. The Bucs have won just two of the last 11 meetings against Appalachian State. ETSU is an even 9-9 all-time when taking on the Mountaineers in Boone.

Meeting the Mountaineers
Appalachian State enters the midweek tilt with a 13-8 overall mark, fresh off winning two in a three-game series at Texas State. Wednesday’s doubleheader will be the home opener for the Mountaineers. Kayt Houston leads the Mountaineers with a .378 average behind 28 hits. Three different Mountaineers are batting over .300, while the team is hitting .273 with 14 homers and 97 RBIs.

Delani Buckner is 5-2 in the circle for Appalachian State, leading the team in wins and innings pitched (45.0). Meanwhile, Taylor Nichols holds the best ERA with a 1.43 in 34.1 innings of play. As a unit, the Mountaineers have a 2.48 ERA, striking out 124 batters to just 36 walks.