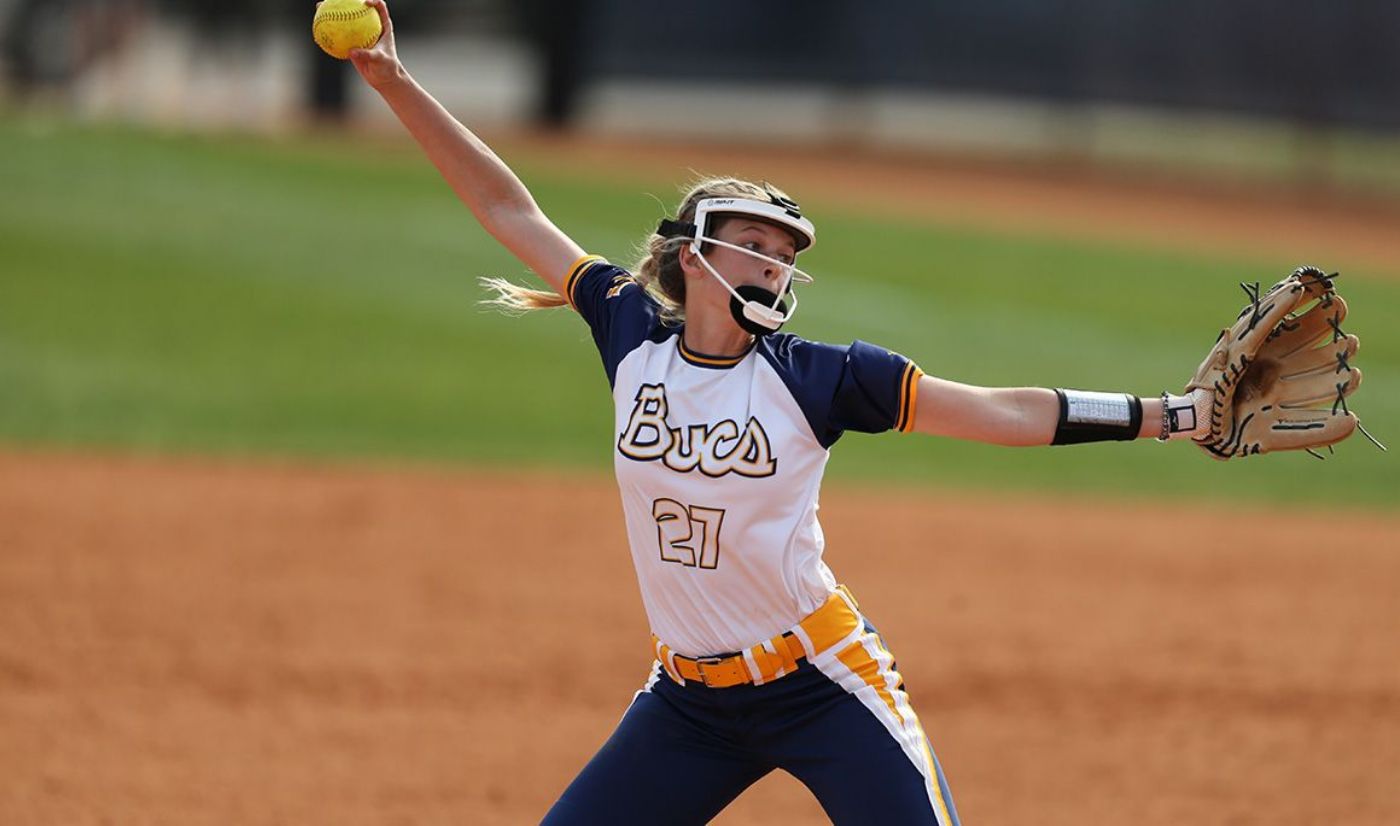 MEMPHIS, Tenn. (March 18, 2022) – It was another tough start for the Bucs this weekend as ETSU dropped the first two games of the 2022 Tiger Classic to Northwestern State and Memphis.

Game 1: Northwestern State 7, ETSU 1
The Lady Demons jumped out in front and stayed there after scoring five runs on four hits, highlighted by a three-run double off the bat of Laney Roos.

The Bucs trimmed the deficit to four after Riley Nayadley (Ooltewah, Tenn.) brought home Kelly Warren (Mechanicsville, Va.) with an RBI single for ETSU’s only run of the game.

Northwestern State padded its lead in the sixth inning with a solo homer and then the seventh inning with a bases-loaded walk to solidify the 7-1 win for the Lady Demons.

Game 2: Memphis 9, ETSU 4
The second game saw similarities to the first one, this time with Memphis jumping out to a 7-0 lead through the first four innings.

The Bucs chipped away at the advantage after Warren laced a two-run double to bring home Ally Chernak (Ooltewah, Tenn.) and Jordan Durbin (Mechanicsville, Va.) for the first two Buccaneer runs in the top of the fifth inning.

ETSU surrendered two more runs in the bottom of the frame, but then earned the two runs back in the top of the sixth. Amber Atkins (South Pittsburg, Tenn.) was responsible for the first run, roping an RBI double of her own to bring home Bailey Turnbow (Cookeville, Tenn.). Two batters later, Atkins scored for the game’s final run as Kasidy Dunn (Friendsville, Tenn.) was caught in a run down.

Notables
» Like the first game, ETSU had five different players account for the five hits in the game.
» Warren notched two more RBIs in the loss, becoming the team leader in RBIs with nine.
» Allison Farr (Knoxville, Tenn.) and Whitley Arnott (China Grove, N.C.) split time in the circle, with Farr getting the start and falling to 2-5 after yielding six earned runs.
» With the pair of losses today, the Bucs have now dropped 14 consecutive games.
» ETSU falls to 0-1 all-time against Memphis after dropping the first-ever meeting against the Tigers.

Up Next
The Bucs will close out the 2022 Tiger Classic with another doubleheader on Saturday, beginning at 10 a.m. (ET) with James Madison. ETSU will then take on the Lady Demons immediately following the showdown with the Dukes.