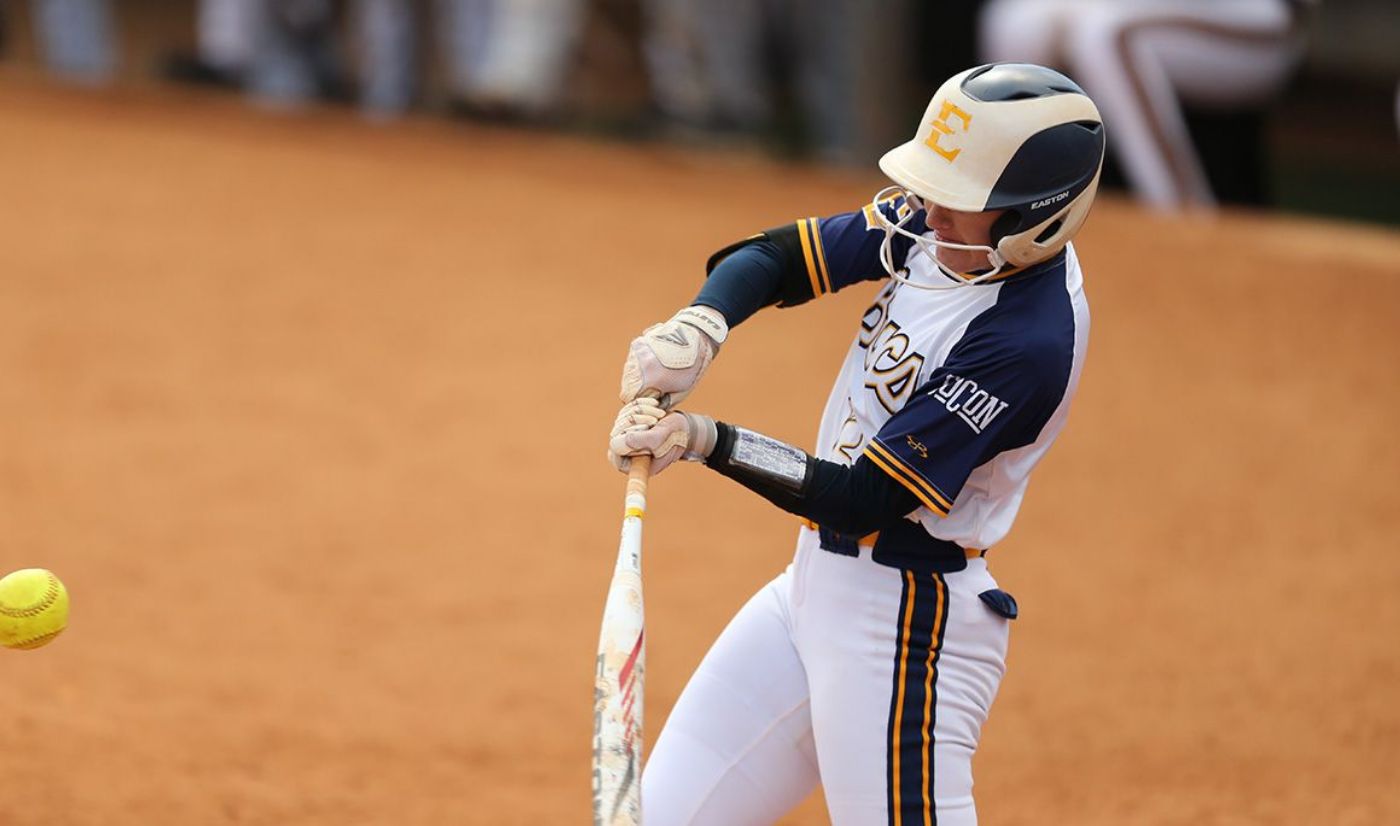 ETSU unable to get off skid

The Catamounts struck first and delivered a punishing blow, scoring five runs on seven hits in the first inning, all with two outs in the inning.

ETSU scored its lone run in the bottom of the fifth inning after Andrea Sarhatt (Knoxville, Tenn.) plated Kelly Warren (Mechanicsville, Va.) with an RBI single to trim the deficit to 5-1.

Western Carolina padded its lead in the top of the seventh frame, scoring two more runs on three hits to push the advantage to 7-1, a score that would remain unchanged after the bottom of the seventh.

Notables
» After a rough first inning, ETSU hung in with the Catamounts in the final six frames, recording five hits and one run to Western Carolina’s six hits and two runs.
» Cameron Young (Knoxville, Tenn.) pushed her hitting streak to five games and has now reached base in 12 consecutive games, the longest streak among active players.
» Warren and Sarhatt finished the game with two hits each, combining for four of the team’s seven base knocks.
» The Bucs fall to 22-14 all-time against the Catamounts, dropping their fourth consecutive game in the series.
» With the loss, ETSU falls to 0-1 in league play.

Up Next
ETSU will close out its SoCon-opening series against the Catamounts on Sunday with a doubleheader beginning at 1 p.m.