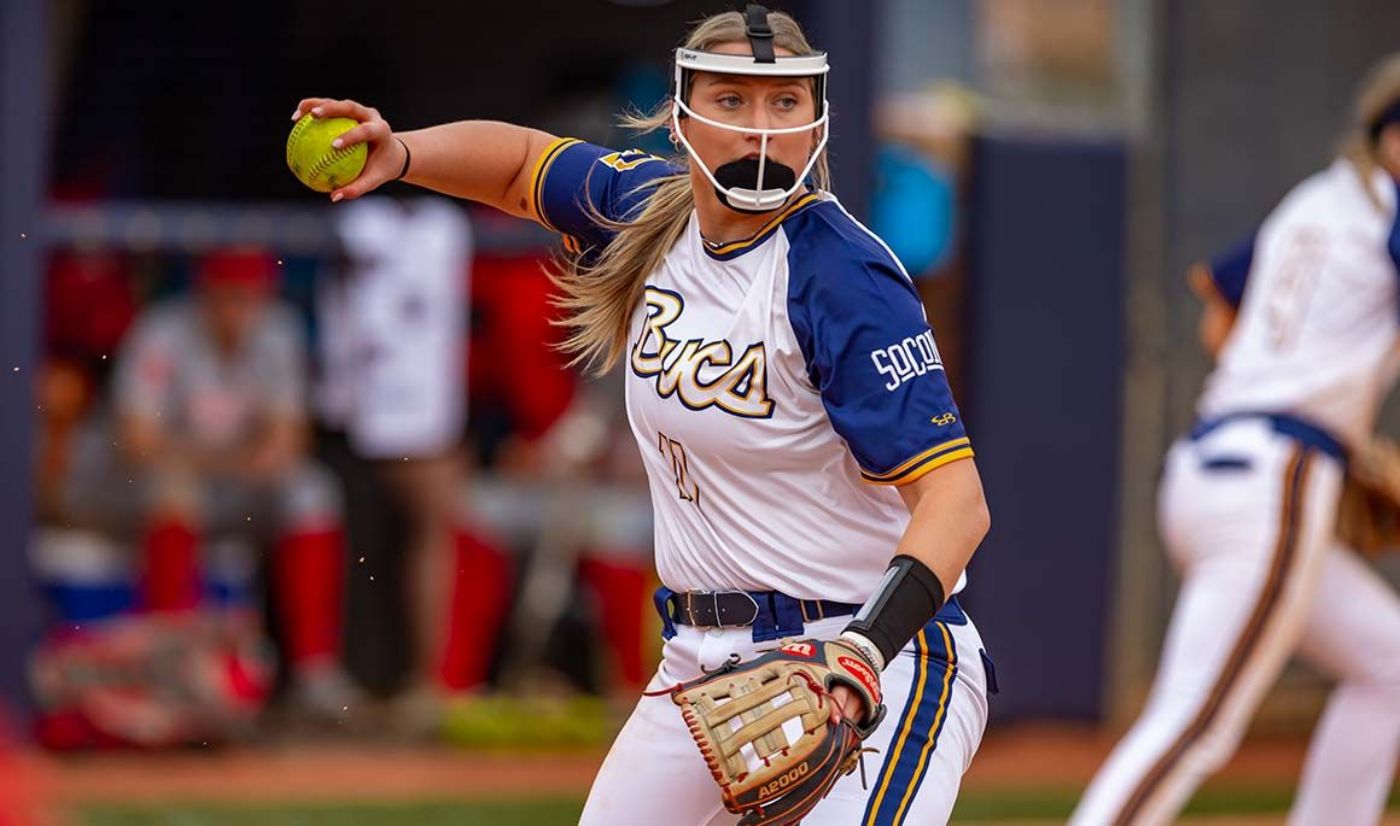 Game 1: USC Upstate 4, ETSU 0
Game one proved to be a pitchers’ duel between Allison Farr (Knoxville, Tenn.) and Hannah Houge. However, it was Houge who came out on top with a 4-0 victory in game one.

Both teams mustered together just three hits apiece, but Celeste Delorenzo’s hit was the punishing blow for ETSU as it was a bases-loaded grand slam in the bottom of the sixth inning to push the Spartans ahead, 4-0.

Houge would ensure that score remained, despite a late rally from ETSU. Cameron Young (Knoxville, Tenn.) and Sara Muir (Sequatchie, Tenn.) recorded two of the team’s three hits in the top of the seventh inning. However, the Bucs could not cut into the deficit.

Notables
» Young finished the game 2-for-3 at the dish, pushing her hitting streak to eight games, while reaching base for the 15th consecutive game.
» Farr picked up the loss, allowing four runs (two earned) in 6.0 innings of work.
» Houge fanned 12 ETSU batters in the opening game of Wednesday’s doubleheader.

Game 2: USC Upstate 4, ETSU 0
The Spartans jumped ahead in the first inning and stayed on top after Peyton Darnell’s sacrifice fly for the 1-0 lead. USC Upstate added two more runs in the second inning and polished it off with a fourth run in the fourth frame.

The Spartans limited the Bucs to one hit to secure another shutout victory.

Notables
» Kelly Warren (Mechanicsville, Va.) was the lone Buccaneer responsible for a hit in game two.
» Young saw her hit streak (8) and on-base streak (15) come to an end in the second game of Wednesday’s doubleheader.
» With the pair of losses, ETSU falls to 7-22 all-time against the Spartans and 2-16 in Spartanburg.

Up Next
The Bucs will return to action this weekend when they jump back into Southern Conference play at Chattanooga on Saturday, April 2.