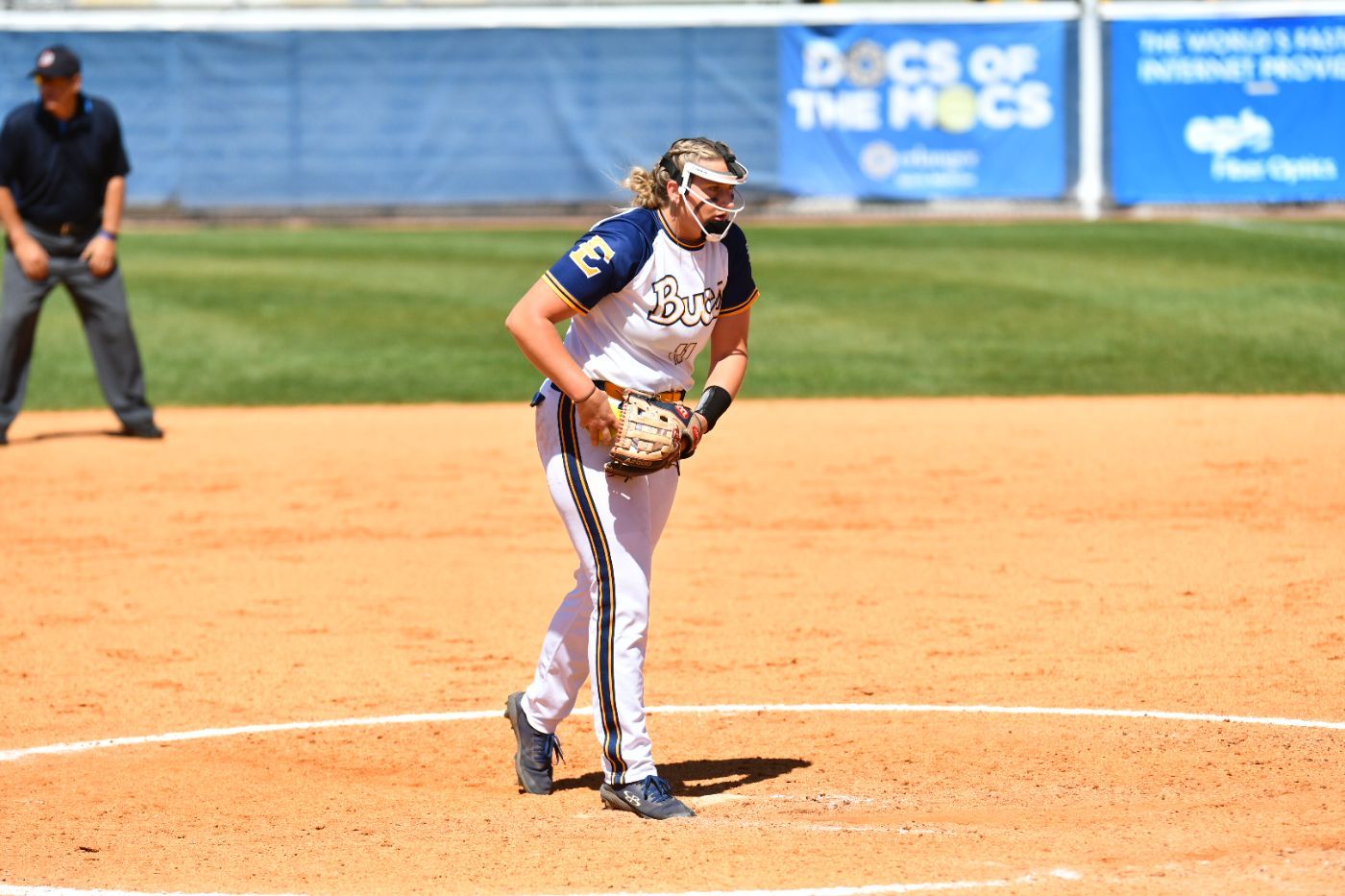 CHATTANOOGA, Tenn. (April 3, 2022) – Despite a career outing in relief by Whitley Arnott (China Grove), ETSU suffered the series sweep on Sunday as Chattanooga upended the Bucs, 6-1, at Frost Stadium.

Chattanooga cashed in on four walks in the bottom of the first inning, scoring five runs for the early 5-0 advantage. Reagan Armour took the wind out of the Bucs’ sails with a first-inning grand slam.

ETSU’s lone run was provided by Kelly Warren (Mechanicsville, Va.) who drove in a bases-loaded run after getting hit by a pitch.

The score would remain 5-1 in favor of the Mocs until Armour got ahold of another homer, lifting an 0-0 pitch over the left-center wall for her second home run of the game. Armour’s solo blast solidified Chattanooga’s 6-1 win.

Notables
» Arnott entered the game in the third inning and, after loading the bases, settled down and struck out three straight to end the Chattanooga scoring threat.
» Arnott struck out a career-high seven batters in 3.0 innings of play, tying Farr for the most strikeouts this season.
» Farr started the game and dropped to 3-7, allowing five runs on one hit and walking five batters in 2.0 innings.
» Aside from the first inning, the Bucs outhit the Mocs 4-3 and the two opponents scored one run apiece.
» Four different Bucs recorded one hit in the contest.
» With the loss, ETSU slips to 11-32 all-time against Chattanooga and 1-5 in league action this year.
» ETSU has now dropped six consecutive games following the loss today.

Up Next
ETSU will take the diamond on Tuesday in midweek action, hosting Gardner-Webb at 4 p.m. at Betty Basler Field.