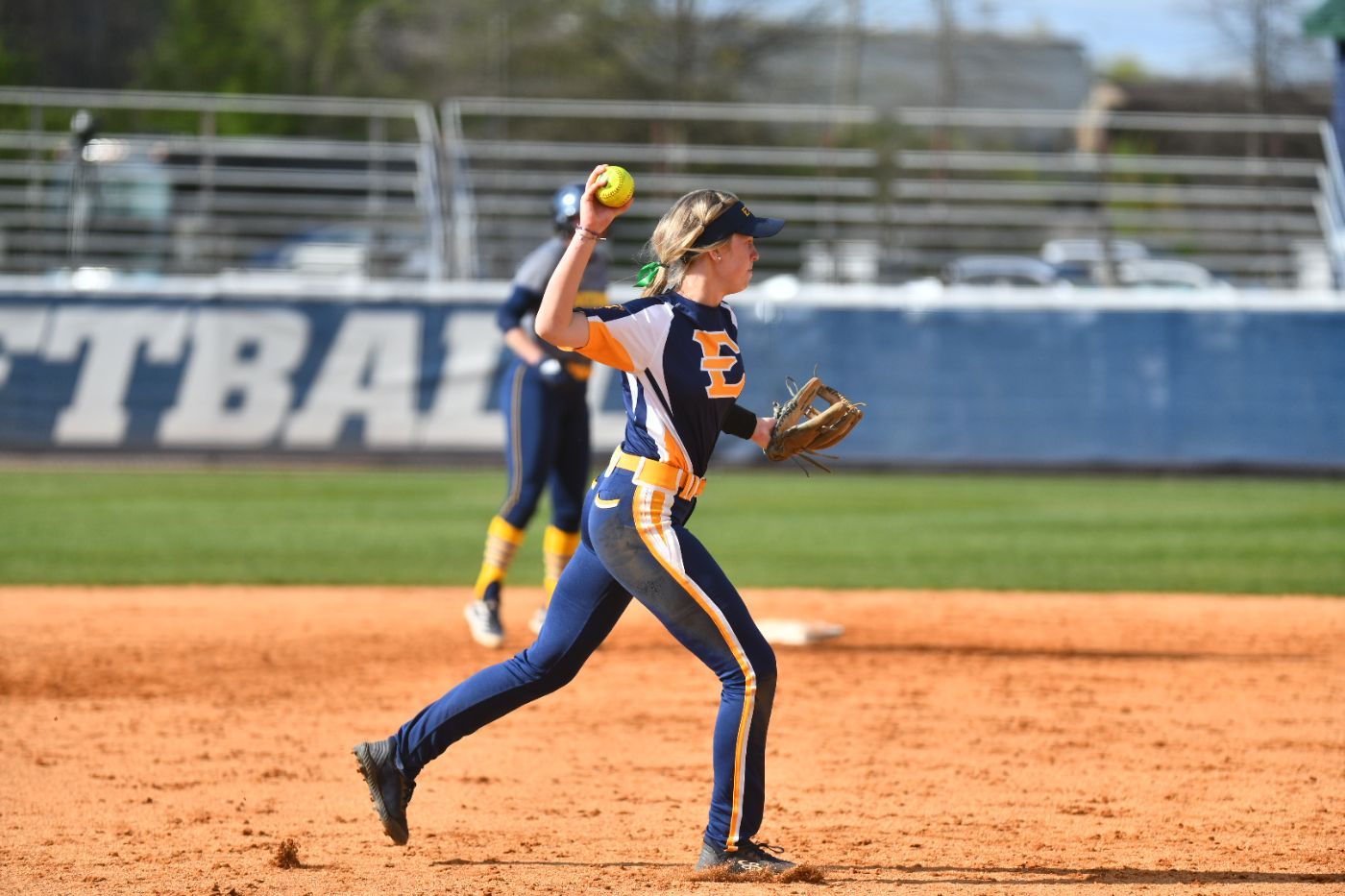 ETSU held to one run and four hits

Game 1: Appalachian State 8, ETSU 1
The Mountaineers opened game one on a fast pace, scoring the game’s first seven runs in three innings of work. The big hit was delivered by Kayt Houston with a two-run blast in the second frame.

ETSU’s lone run of the game appeared in the fourth inning when Sara Muir (Sequatchie, Tenn.) scored on a dropped throw at the plate. Muir got on base with a one-out double to center field and three batters later scored on the bases-loaded error to trim the Appalachian State lead to 7-1.

The final run for either team was a bases-loaded walk drawn by Appalachian State’s Hailey Webb, capping the scoring off at 8-1 in favor of the Mountaineers.

Notables
» Three different players recorded one hit in the first game of Wednesday’s doubleheader: Muir, Carolina Davis (Englewood, Tenn.) and Amber Atkins (South Pittsburg, Tenn.).
» The Bucs finished with three errors and three hits in the opening loss.
» After Farr was tacked for seven runs (four earned) in 3.0 innings, ETSU’s bullpen slowed down the Mountaineers and allowed four hits and one run over the final 3.0 innings of play.

Game 2: Appalachian State 8, ETSU 0 (5 innings)
The final game was all Appalachian State. After a scoreless first inning from both teams, Emily Parrott broke the tie with a grand slam in the bottom of the second inning. The Mountaineers scored eight runs in five innings of play, seven of the runs coming via the long ball.

Notables
» Riley Nayadley’s (Ooltewah, Tenn.) fourth-inning single broke up Appalachian State’s no-hit bid, the only hit surrendered by Sejal Neas, the Johnson City native.
» With the pair of losses, ETSU drops to 24-19 all-time against Appalachian State having fallen in 11 of the last 13 meetings.

Up Next
The Bucs are headed to Columbia, S.C. this weekend to take part in the Garnett and Black Round Robin hosted by South Carolina. ETSU will square off with both N.C. State and South Carolina on Friday and again on Saturday.