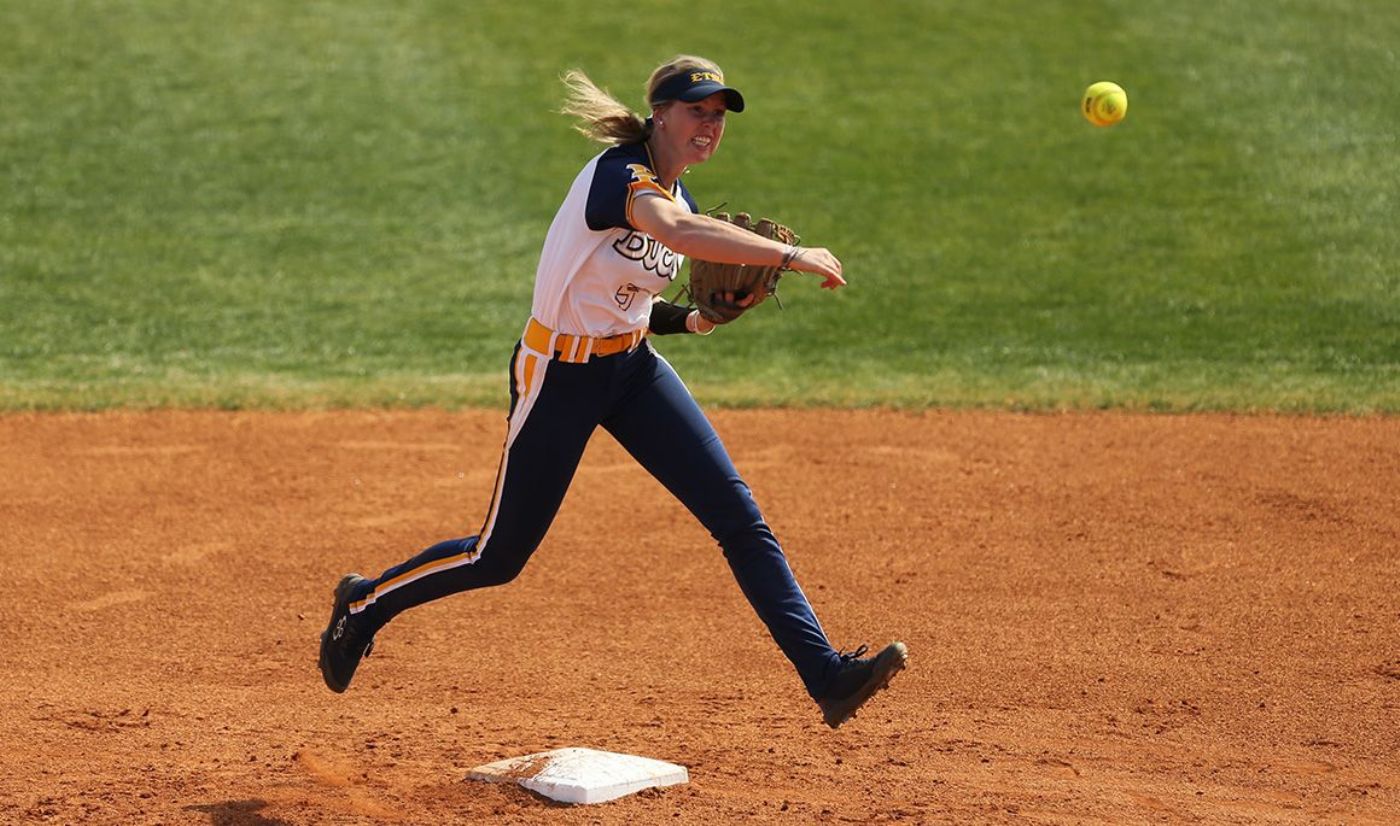 JOHNSON CITY, Tenn. (April 16, 2022) – ETSU Softball dropped the series finale to UNCG on Saturday by the final of 4-2. Despite the loss, the Buccaneers tied a single-season program record for stolen bases with their 95th stolen base. With the loss, ETSU falls to 5-37 overall and 1-8 in Southern Conference action.

UNCG jumped ahead early in the top of the first inning and never relinquished the lead, riding Jordan Gontram’s three-run blast to the win over ETSU.

The Bucs were able to cut into the Spartans’ lead in the bottom of the sixth inning following an RBI fielder’s choice off the bat of Andrea Sarhatt (Knoxville, Tenn.), bringing home Ally Chernak (Ooltewah, Tenn.) from third. With two outs in the inning, Sarhatt stole second for the 95th stolen base of the season for the Bucs, tying the program record set in 2008. With two runners in scoring position, the Bucs were still threatening. Unfortunately, ETSU struck out in the final at bat of the inning, ending the scoring threat for the Blue & Gold.

The Spartans pushed their lead back to three runs with an RBI double in the top of the seventh for the 4-1 advantage.

The Bucs had one final rally attempt after Cameron Young (Knoxville, Tenn.) led off the inning with a double off the center field fence. Two batters later Riley Nayadley (Ooltewah, Tenn.) plated Young with a sharp infield single to third, her seventh RBI of the season. With the tying run at the plate, the Bucs had one final chance to even the game but fell short, striking out in the final at bat.

Notables
» Young and Kelly Warren (Mechanicsville, Va.) each recorded a pair of base hits with Warren stretching her team-high multi-hit game total to 13 on the season.
» Allison Farr (Knoxville, Tenn.) fell to 3-12 in the circle, allowing three runs (two earned) in 3.0 innings of work.
» Whitley Arnott (China Grove, N.C.) hurled 3.0 innings of scoreless work and allowed just one hit, while striking out two batters.
» Nayadley pushed her hitting streak to a career-best three games following Saturday’s 1-for-3 performance.
» The Bucs are now 9-33 all-time against UNCG and have now dropped 15 consecutive games.

Up Next
The Bucs will resume their five-game home stand with a doubleheader against Appalachian State on Tuesday beginning at 4 p.m. at Betty Basler Field.