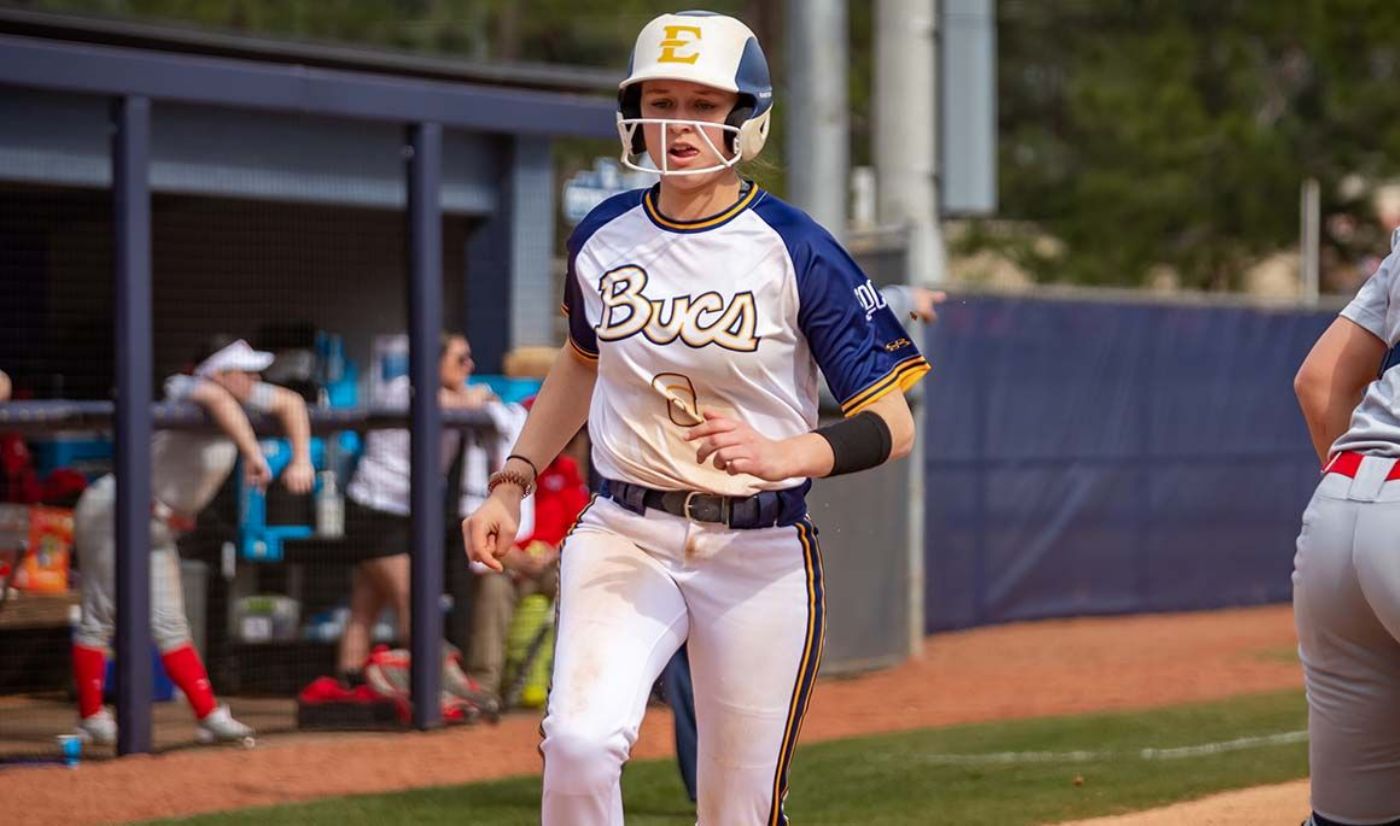 JOHNSON CITY, Tenn. (April 19, 2022) – ETSU Softball suffered a pair of shutout losses to Appalachian State on Tuesday afternoon, falling 8-0 in both games to the Mountaineers. However, the Buccaneers did come away with some history, recording their 96th stolen base of the season to break the all-time school record for stolen bases in a single season.

Appalachian State scored one more in the third inning before exploding for five runs in the sixth to take an 8-0 advantage. Kayt Houston was responsible for four of the five runs, launching a bases-loaded grand slam over the center field wall.

The Bucs had a third-inning highlight for the record book. With two outs in the inning, Ally Chernak (Ooltewah, Tenn.) aided the Bucs in breaking a school record with the team’s 96th stolen base of the season. The previous record was 95 held by the 2008 team.

Notables
» The Bucs had two hits in game one, delivered by Amber Atkins (South Pittsburg, Tenn.) and Bailey Turnbow (Cookeville, Tenn.).
» ETSU finished the game with three errors and two hits, falling to the Mountaineers for the third time this season.

Game 2: Appalachian State 8, ETSU 0 (5 innings)
Game two was much of the same story, this time with the Mountaineers posting a big inning in the second inning with a five-run, four-hit inning while the Bucs also recorded two errors.

Appalachian State collected eight runs on eight hits, scoring eight runs for the fourth time this season against the Bucs.

Notables
» The Bucs had two hits in game two, delivered by Andrea Sarhatt (Knoxville, Tenn.) and Cameron Young (Knoxville, Tenn.).
» For the second time on the day, the Bucs tallied had more hits than errors with three errors and two hits.
» ETSU drops to 24-21 all-time against the Mountaineers, falling in 13 of the last 15 outings.
» In the four meetings this season, Appalachian State outscored ETSU 32-1.

Up Next
ETSU is back in Southern Conference action this weekend as the Buccaneers travel to Macon, Ga. to take on Mercer in a three-game series beginning on Saturday.