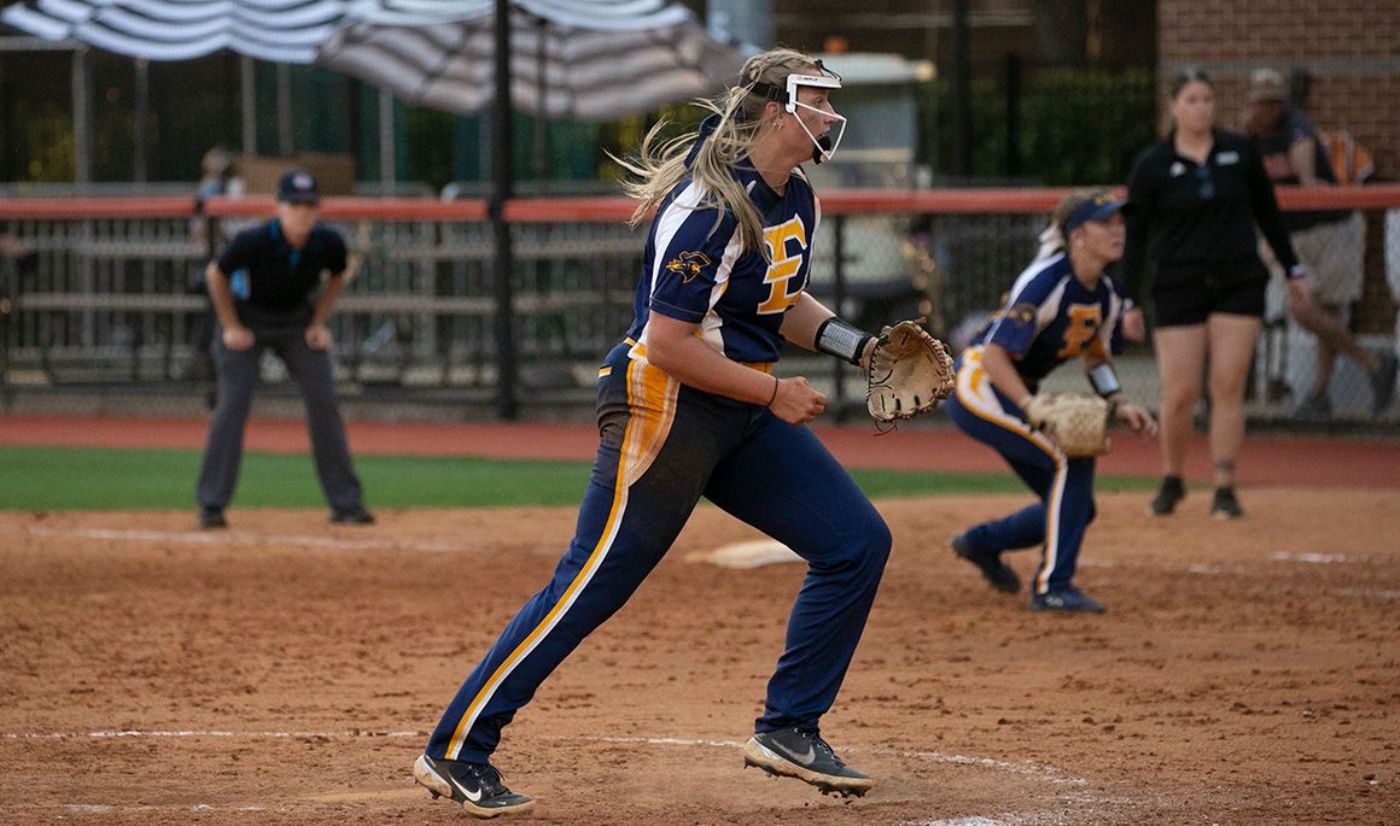 ETSU to face Gardner-Webb and Clemson

JOHNSON CITY, Tenn. (April 25, 2022) – ETSU Softball will wrap up non-conference play this week with a single game against Gardner-Webb on Tuesday followed by a single outing at No. 18 Clemson on Wednesday. First pitch against the Runnin’ Bulldogs tomorrow is set for 4 p.m., while first pitch at Clemson will be at 6 p.m.

About the Bucs
ETSU is 6-41 on the regular season following the three-game series at Mercer where the Bucs took game one in 10 innings by the final score of 3-2. ETSU then surrendered game two in nine innings, 2-1, before falling in the series finale on Sunday by the count of 5-0. Cameron Young (Knoxville, Tenn.) leads the team in batting with a .295 average behind 38 hits. The freshman infielder also has 42 putouts and 62 assists at third base this season. Andrea Sarhatt (Knoxville, Tenn.) is second on the squad in hitting with a .293 average with a team-high 39 hits on the year. The redshirt-senior outfielder has totaled a team-high four triples and has a slugging percentage of .391.

Getting to Know Gardner-Webb
The Runnin’ Bulldogs are 15-23 on the year heading into tomorrow’s midweek battle with the Bucs. Gardner-Webb has dropped 10 of 12 games when playing in true road contests. Araceli Pesquiera leads the team in batting with a .375 average on the year with 42 hits and 13 RBIs. Andrea Lyon is hitting .325 with six long balls and 25 runs batted in as the only other Runnin’ Bulldog above the .300 mark. Lyon also leads the team in wins in the circle with an 8-14 overall record, having logged a team-high 160.2 innings of action.

Taming the Tigers
Clemson is 33-14 on the campaign heading into its final week of regular-season play. The Bucs will make up the final non-conference battle for the Tigers this season before Clemson closes the regular season out with a three-game series against Georgia Tech. McKenzie Clark paces the team in hitting with a .313 average and 45 hits in 144 at bats. Clark is also one of four teams with double-digit homers with 10, tied with Valerie Cagle and former Furman Paladin Marissa Guimbarda for second on the team. The trio trail only Alia Logoleo who has 11 on the season. Pitching has not been a problem for Clemson who has a 1.87 ERA as a team, led by a 1.21 mark from Regan Spencer.

Series History
The Bucs are 16-12 all-time against Gardner-Webb, having split two games with the Runnin’ Bulldogs back in February in Boiling Springs, N.C. Wednesday’s battle against Clemson will be the first-ever meeting against the Tigers.