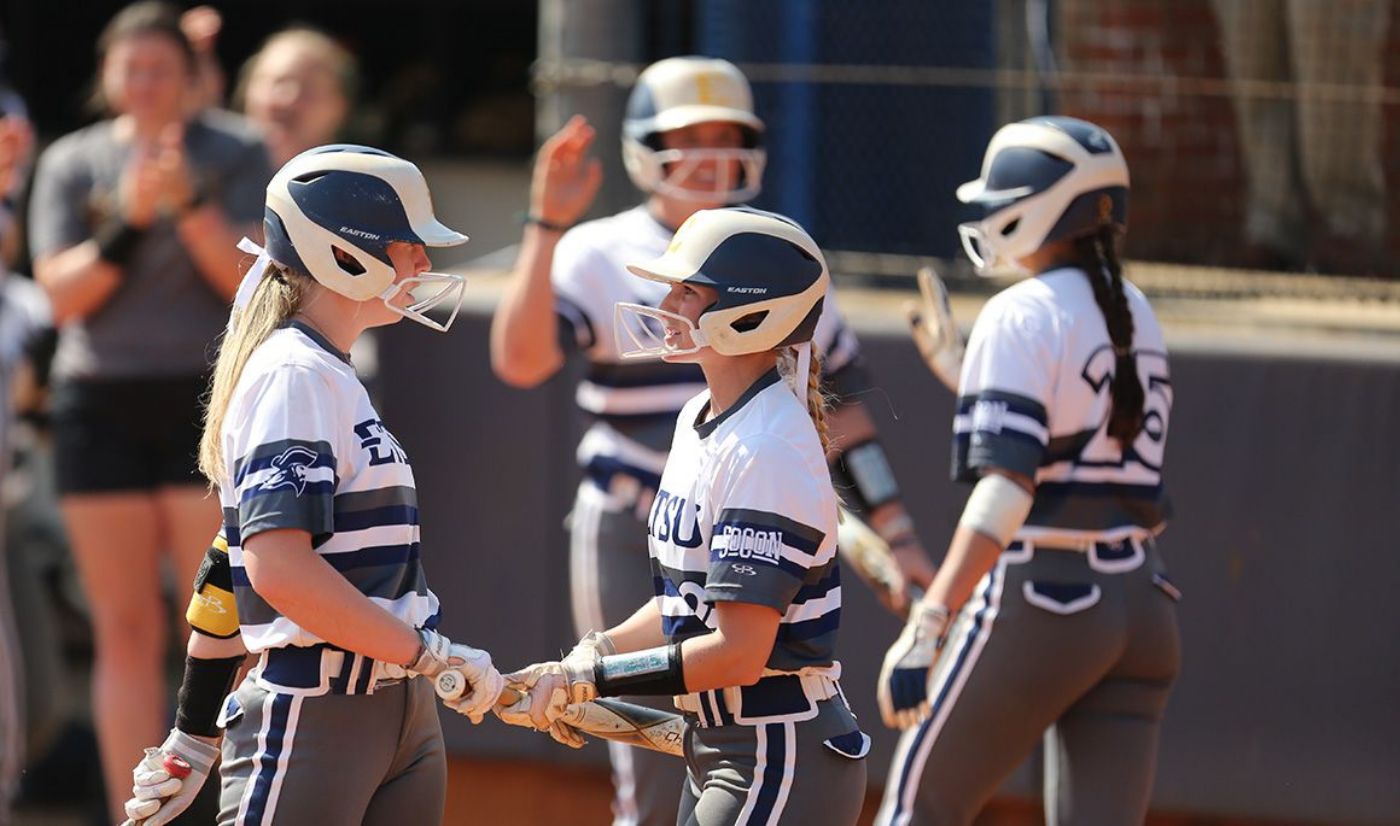 JOHNSON CITY, Tenn. (April 29, 2022) – ETSU Softball will close out the 2022 home schedule with a three-game Southern Conference series against Samford this weekend at Betty Basler Field.

About the Bucs
The Buccaneers are coming off a narrow 6-2 loss at No. 18 Clemson on Wednesday afternoon where Sara Muir (Sequatchie, Tenn.) launched her second homer of the season. ETSU could not contain the Tigers’ bats however, surrendering 11 hits. ETSU is led in batting by freshman infielder Cameron Young (Knoxville, Tenn.) with a .295 average and 39 hits. Young is also second on the team in assists with 63. The Knoxville native is followed by another fellow Knoxville product, Andrea Sarhatt (Knoxville, Tenn.). Sarhatt is hitting .294 this spring with a team-high 40 hits and four triples, while boasting a team-high .390 slugging percentage and a .355 on-base mark. The Bucs have 98 stolen bases heading into the final home weekend, led by redshirt-senior Kelly Warren (Mechanicsville, Tenn.) with 23 bags swiped. Warren is also third on the team in batting with a .260 average.

Showdown with Samford
Samford enters the weekend with a 27-15 overall mark, including 11-1 in league action. The Bulldogs’ lone conference loss was a 1-0 decision to Furman. Samford’s Mary Katherine Tedder is putting up SoCon Player of the Year type numbers with a .366 average and 45 hits, including 16 doubles. Tedder also leads the team in RBIs with 35 on the season. As a team, Samford is second in the league in batting average with a .271 clip. Meanwhile, the Bulldogs have the strongest pitching unit with a team ERA of 2.14, led by McKenzie Newcomb with a 1.95 ERA and an 18-7 overall record. The Bulldogs also have the best fielding percentage in the SoCon with a .966 mark.

Series History
ETSU is 6-14 all-time against Samford, including 2-3 when playing in Johnson City. The Bucs have not played host to the Bulldogs since March 25, 2018. The Blue & Gold are 4-6 in the last 10 meetings with Samford.