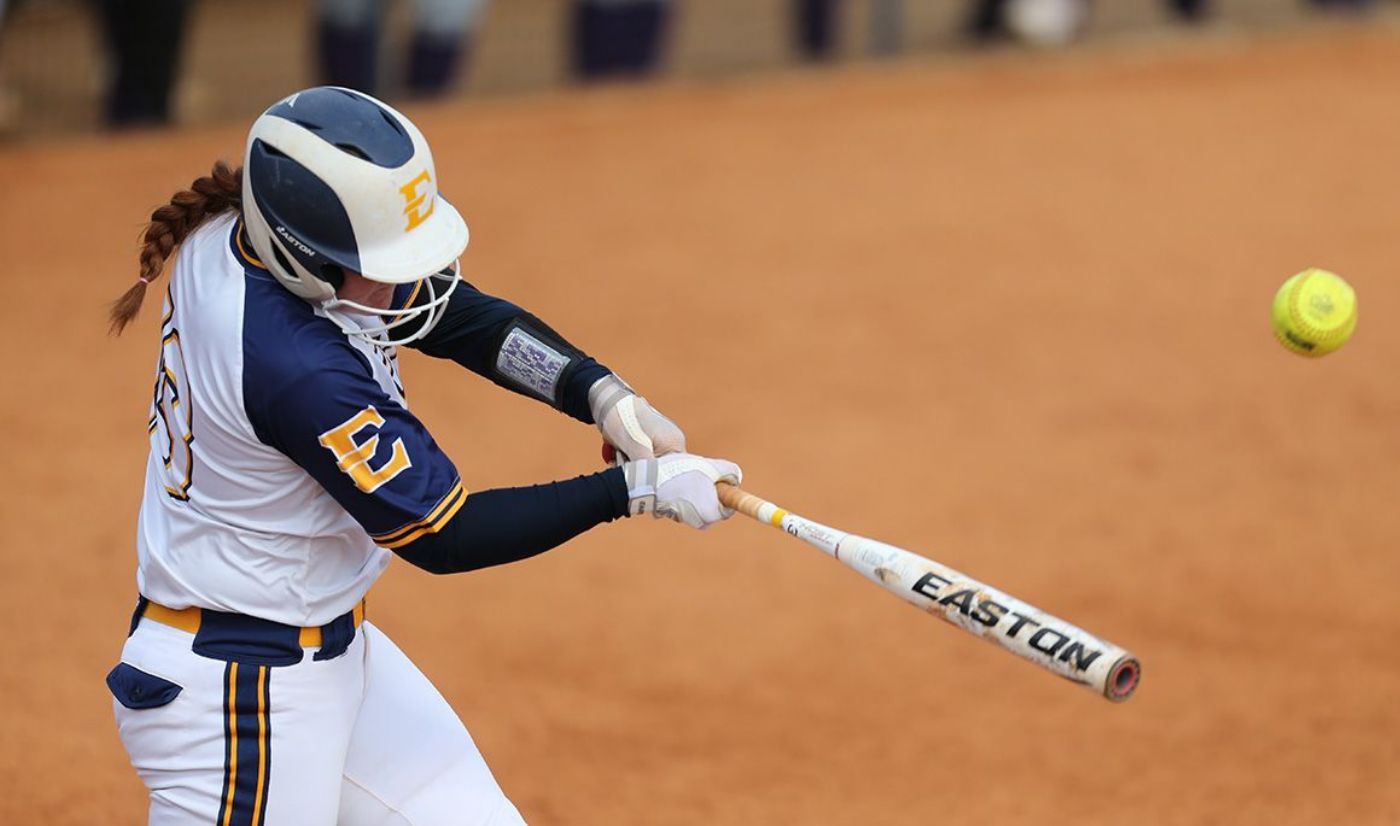 Greenville, S.C. (May 8, 2022) – ETSU Softball relinquished a seventh-inning lead as Furman claimed the 4-3 regular-season finale in Greenville, S.C. on Sunday at Pepsi Stadium. With the loss, ETSU falls to 8-46 and 4-14 in Southern Conference play, settling for the No. 7 seed in the upcoming SoCon Championship.

Furman capitalized early in the opening inning as Caitlin Goldwait hit a tough hopper to second base, bringing home Riley Ludlam for the 1-0 Paladin lead.

In the ensuing inning, the Bucs drew even when Amber Atkins (South Pittsburg, Tenn.) lifted a sacrifice fly to right field, bringing home Cameron Young (Knoxville, Tenn.) to knot the game at one apiece.

The regular-season finale remained even until the bottom of the fifth inning when Ludlam singled to left field, bringing home Ashlee Lykins for the 2-1 Paladin advantage.

ETSU put together one final rally in the top of the seventh inning with runners on first and second, down one. Down to the final strike of the game, Bailey Turnbow (Cookeville, Tenn.) belted a pitch that bounced off the top of the fence and back into play, scoring Riley Nayadley (Ooltewah, Tenn.) and Peyton Coleman (Alberta, Va.) to give ETSU the 3-2 lead following the two-out double.

Just like the Bucs in the top of the seventh inning, Furman refused to go down quietly. With two runners on and two out, Goldwait delivered a single up the middle to bring home Lykins to force the game into extra innings.

The Paladins snatched the game from ETSU in the bottom of the eighth inning, with yet another two-out base knock. Alex Rose Molinar delivered the game-winning hit with a single to right center, bringing home Marina Griffin for the 4-3 Furman victory.

Notables
» Young concluded the game with two hits to lead the Bucs, while four other players contributed with one hit.
» Turnbow collected her fourth double of the season and picked up her second multi-RBI game of the campaign.
» ETSU stole four more bases today, ending the regular season with 110-of-150 stolen bases for a .733 percentage success rate.
» Whitley Arnott (China Grove, N.C.) started the game and finished with one earned run in 3.0 innings of play.
» Meanwhile, Allison Farr (Knoxville, Tenn.) dropped to 5-17 on the year after yielding three runs (two earned) in 4.2 innings of play.
» With the loss, ETSU falls to 30-25 all-time against Furman and 16-10 in Greenville.

Up Next
The Bucs will now turn their focus to the 2022 Southern Conference Championship that will begin on Wednesday, May 11 in Greensboro, N.C.