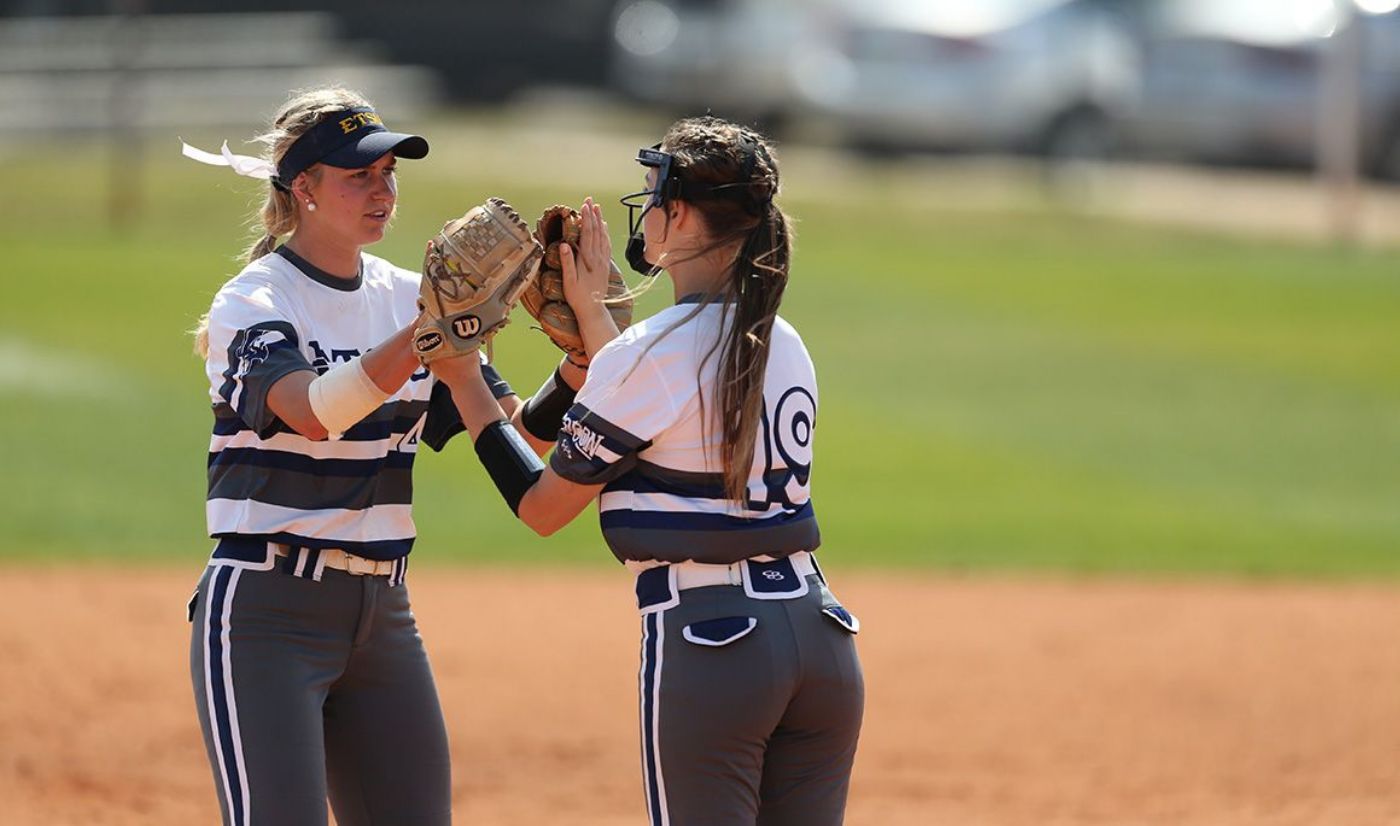 GREENSBORO, N.C. (May 10, 2022) – For the first time since 2019, the ETSU Softball team will be competing in the Southern Conference Tournament. The Buccaneers, seeded No. 7, will square off with No. 2 seeded Samford tomorrow at 12:30 p.m. at the UNCG Softball Stadium in Greensboro, N.C.

About the Bucs
The Bucs have been led all year by the trio of Cameron Young (Knoxville, Tenn.), Andrea Sarhatt (Knoxville, Tenn.) and Kelly Warren (Mechanicsville, Va.). Young leads the team with a .298 batting average with 45 hits and eight RBIs. Young has 52 putouts and 73 assists in the infield, while also boasting a 14-for-18 mark in stolen bases. Sarhatt ranks second on the team in hitting with a .291 clip, while leading the team in overall hits with 46. The Tennessee native also has 14 RBIs to her credit and boasts a .373 slugging percentage. Sarhatt ranks second on the team in stolen bases with 18 and has 88 putouts in center field. Warren is third on the team in batting with a .265 average and 44 hits. The redshirt-senior outfielder has 77 putouts and two assists, while leading the Bucs on the base paths with 24 stolen bases. Warren is four stolen bases shy of tying the single-season mark of 28.

Don’t sleep on the Bucs’ pitching core either. Despite the higher ERAs, Whitley Arnott (China Grove, N.C.) and Allison Farr (Knoxville, Tenn.) have strong marks in league play. Arnott leads the team in overall ERA with a 5.00 mark, but has a 2.75 clip in SoCon play. Farr boasts a 3.46 ERA in league play as well as three wins.

Scouting Samford
The Bulldogs dropped two of their three home games against UNCG as the Spartans were able to celebrate the SoCon Regular Season title on Samford grounds. Samford enters the tournament with a 31-17 overall record, including 15-3 in league action. The Bulldogs are led by Mary Katherine Tedder, a front runner for SoCon Player of the Year with a .386 batting average. Tedder has 54 hits, including seven long balls, as well as a team-high 41 RBIs. McKenzie Newcomb has been a spark in the circle for Samford as the freshman has logged 168.2 innings of work and is 20-8 overall with a 2.19 ERA.

Series History
Samford swept ETSU two week ago, despite the Bucs threatening in all three games. The Blue & Gold took Samford to extra innings in game two and then dropped game three on Sunday by the final score of 1-0. ETSU is now 6-17 all-time against Samford. The last time these two teams met in the SoCon Tournament was in 2019 when the Bucs knocked the Bulldogs out of the tournament following a 5-2 win at Frost Stadium in Chattanoooga, Tenn.