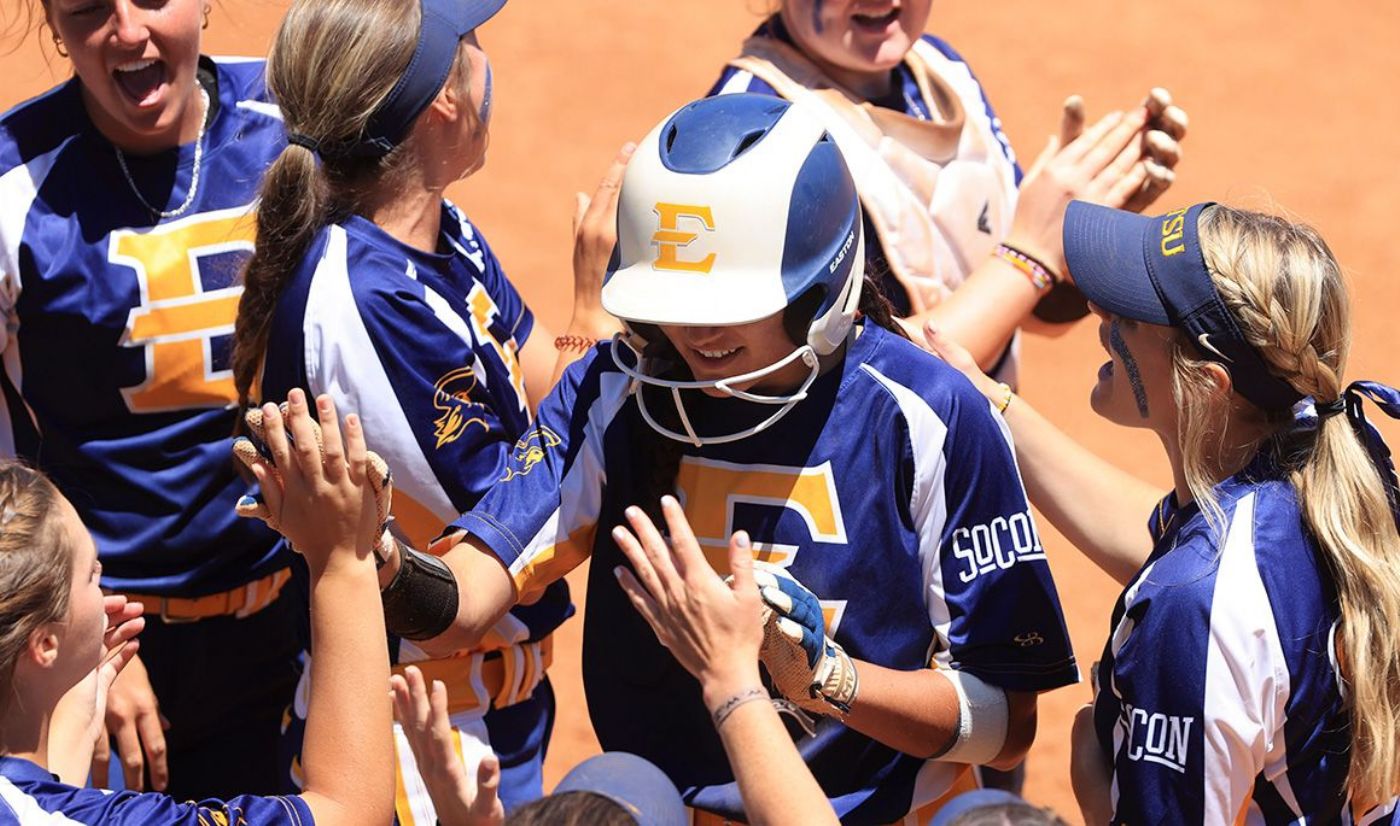 GREENSBORO, N.C. (May 12, 2022) – The 2022 season came to an end for ETSU Softball on Thursday afternoon, falling in an elimination game to Western Carolina by the final of 3-2 in the Southern Conference Championship.

Western Carolina jumped ahead early and did not look back, scoring off an Addie Pate single to right field in the bottom of the first inning. Two innings later, Bailey Huneycutt extended the Catamount lead to 3-0.

ETSU had its share of chances to cut into the lead, but was unable to do so until the top of the fifth inning. With runners on first and second and two down, SoCon All-Freshman honoree Cameron Young (Knoxville, Tenn.) further cemented her freshman campaign with a two-run double in the left center gap, pulling the Bucs to within one. The Blue & Gold popped out in the next at bat, stranding the tying run in scoring position.

The Bucs limited Western Carolina’s offense in the final two innings, but could not muster enough production to bring home the tying run.

Notables
» Six different Buccaneers recorded at least one base hit in the final game.
» In the bottom of the sixth inning, Head Coach Belinda Hendrix subbed both Kasidy Dunn (Friendsville, Tenn.) and Jordan Durbin (Mechanicsville, Va.) into the game for the final time in their senior year – Dunn recorded the final out of the inning in her first game in the field since an injury two months ago sidelined her for the majority of her final season.
» ETSU batted 1-for-7 with runners in scoring position and left a total of seven runners on base.
» Allison Farr (Knoxville, Tenn.) dropped her final game of the season, allowing three runs in 4.0 innings.